Investors are understandably excited for the inevitable arrival of autonomous vehicles. Self-driving cars could increase personal and economic productivity, boost fuel economy, reduce traffic fatalities, and alleviate the need for urban planning to revolve around space-wasting parking lots and garages. The technology has the potential to transform transportation and society.

Yet, while auto manufacturers old and new grab all the headlines related to autonomous vehicles, the technology is quietly on the cusp of revolutionizing an even older industry: mining.

From the 416-ton self-driving haulers deployed by Rio Tinto (NYSE:RIO) in Australia to the semi-autonomous underground haulers used by Barrick Gold (NYSE:GOLD) in Nevada, investments made today promise to make the mining industry look and operate quite a bit differently 10 years from now compared to today. 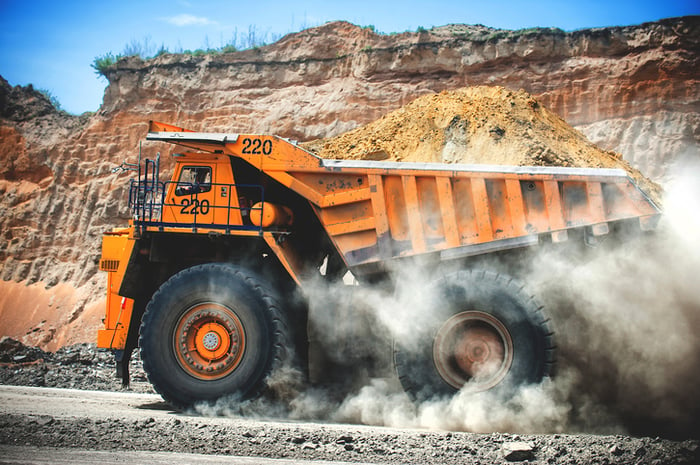 Rio Tinto was among the first mining companies to explore digital and autonomous mining technologies, as detailed in MIT Technology Review. Today, it operates a fleet comprising dozens of 416-ton haulers, each the size of a small home, that drive themselves around four above-ground mines in northwest Australia. They interact with robotic rock-drilling rigs and, starting in 2018, will unload their bounties to self-driving trains that deliver the ore to ports hundreds of miles away. The employees overseeing the operations are stationed 750 miles away.

It's hardly alone. BHP Billiton has an autonomous fleet of iron ore mining vehicles in Australia, and even Suncor wants in on the action for its oil sands assets in Canada.

Plus, many natural resource assets today are located in remote locations to begin with, which means autonomous and semi-autonomous vehicles don't have to contend with jaywalking pedestrians or that guy who doesn't pull out into the intersection far enough. 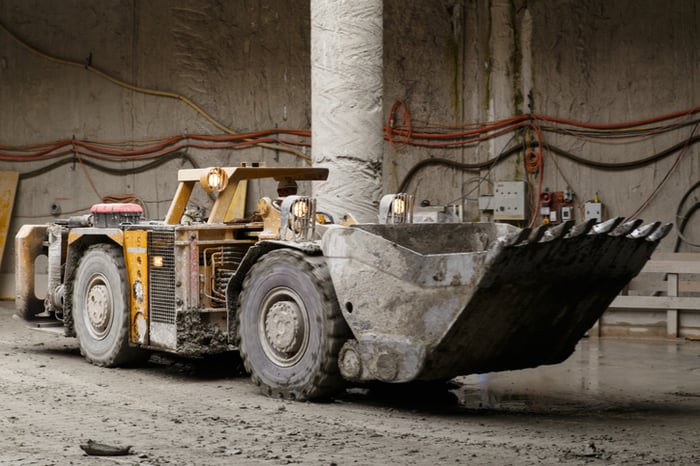 That's especially true for underground mining. Barrick Gold, one of the world's largest gold stocks, is going all-in on a sweeping digital strategy. The company has partnered with Cisco Systems to develop everything from underground Wi-Fi for navigation (GPS doesn't work very well hundreds of feet below) to a dedicated software hub in Elko, Nevada, called C0dem1ne, that houses its in-house software team.

The digital strategy is bearing early fruit. Barrick Gold has developed its own digital management app called Forge for creating and sending job orders and monitoring progress for its underground fleet. The miner reported that its underground short interval control tech, aimed at increasing shift duration and reducing delays, resulted in an additional 360 tons per day being moved in September 2017. Meanwhile, its underground autonomous loaders, called muckers, allowed an additional 190 tons of material to be moved. That will increase going forward thanks to efficiency gains and buckets that are 50% larger than human-driven loaders.

In the future, the gold mining company could license its software to peers with subterranean operations, but for now the focus is on using software tools and self-driving vehicles to widen operating margins. The ultimate goal is to lower its all-in sustaining costs (AISC) to around $700 per ounce of gold, down from $772 per ounce in the third quarter of 2017.

It's not just the big boys who get to play, either. Testing and development of autonomous mining technologies is beginning to proliferate throughout the industry. Even $1.6 billion Hecla Mining (NYSE:HL) is exploring the use of autonomous and semi-autonomous underground vehicles.

Somewhat ironically, the company may have avoided a rough past year had autonomous tech been mature enough to use. The share price was slammed in 2017 after its Lucky Friday mine was knocked offline by a labor dispute with union workers. It hasn't contributed an ounce of production since March of last year. Management isn't looking to displace (all of) its workers, who are still needed to operate underground haulers from above-ground operating centers but rather to increase productivity and safety. Nonetheless, the mining industry's workforce could shrink significantly once the technology is widely adopted. 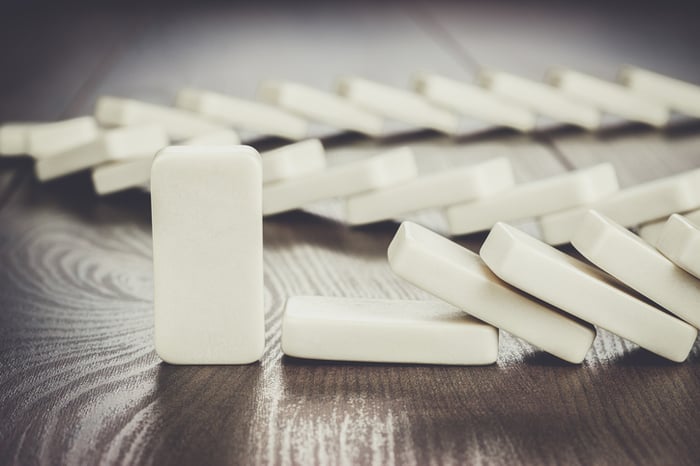 Autonomous driving technology will have profound effects, both positive and negative, on all industries it infiltrates, mining included.

For instance, the ability to operate above-ground mines 24/7 and to sharply reduce downtime in underground mines when moving workers away from blasting sites would greatly increase productivity. Putting fewer workers in harm's way would boost safety, and having fewer workers underground would reduce ventilation requirements needed to cope with diesel exhaust.

But employing fewer workers could devastate mining regions across the globe. Things could also get tricky in Australia, an early proving ground for the tech, where laws mandate mining operations must employ certain levels of the indigenous population.

There are economic implications to consider as well. Controlling an entire mining operation with software exposes mining companies to hacking risks, which could shut down mines just as labor strikes do today. Then again, self-driving mining vehicles could lower production costs and boost profits, perhaps transforming a historically volatile industry always constrained by falling production volumes. Or they could make things worse.

Let's say a mine is expected to have a useful lifetime of 10 years today. The same mine would have a lifetime of just eight years if a mining company improves productivity by 20%, but produce the same amount of ore. In other words, digital mining operations could result in oversupplied markets and depressed selling prices of the commodities involved. The technologies that combined to enable the American shale revolution provide a parallel case study for investors to consider.

Autonomous and semi-autonomous vehicles are quietly revolutionizing the global mining industry. In hindsight, it may be curious that it took so long for companies to incorporate digital tools into their operations, but the quickly decreasing costs of self-driving tech made it inevitable. It may not be long before all mining stocks are pressured by Wall Street to adopt a digital strategy. Forward-looking investors can position themselves for the future today.