Constellation Brands (NYSE:STZ) delivered mixed results in its recent quarterly earnings report. While raising its profit outlook for the year, the alcoholic beverage giant lowered its sales target in the wine and spirits division and forecast a profitability drop in its booming beer segment.

CEO Rob Sands and his executive team don't see those short-term challenges derailing their growth plans, and they explained why in last week's conference call with Wall Street analysts. Below, we'll look at a few highlights from the call.

The beer portfolio is performing as well as investors could have hoped. Strong demand for core brands like Corona Extra and Modelo Especial allowed beer sales to rise 8% in a roughly flat industry. "We posted another great quarter for our beer business," Sands told investors, "which generated 80% of the total U.S. beer category growth and claimed four of the top 10 share-gainer positions with Modelo Especial, Corona Extra, Modelo Chelada Tamarindo Picante, and Pacifico. 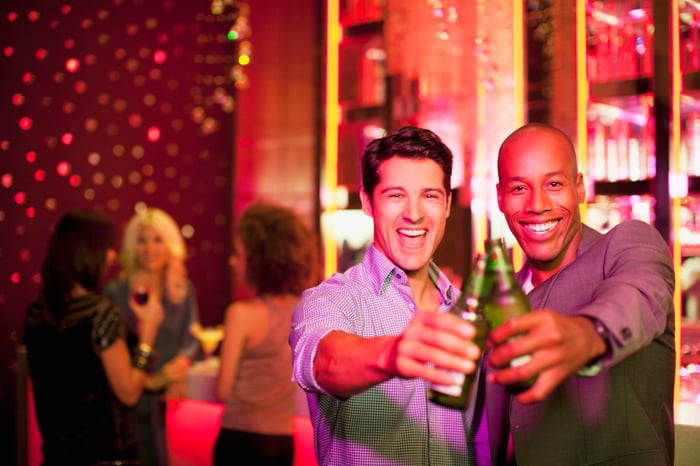 The wine business fell short of expectations, though, with sales growth slowing despite extra spending on advertising and the strong performance of a few standout brands like Kim Crawford, Black Box, and High West Whiskey. This segment also took a step back in terms of profit margin, due to higher input costs and the increased marketing spending.

Executives highlighted two major new initiatives they think will support long-term earnings growth. The first is Constellation Brands' investment in cannabis producer Canopy Growth (NASDAQ:CGC). That equity purchase has delivered quick capital gains as Canopy's stock price spiked in recent months, but executives are more excited about what they can learn from the partnership. Edible cannabis products, including beverages, are slated to become legal in Canada in the summer of 2019 and Constellation Brands wants to be among the first companies to find ways to cater to this market. "Initially, we will be learning the cannabis business and the related consumer space and route to market," Sands said, "while building and developing a successful cannabis beverage business." 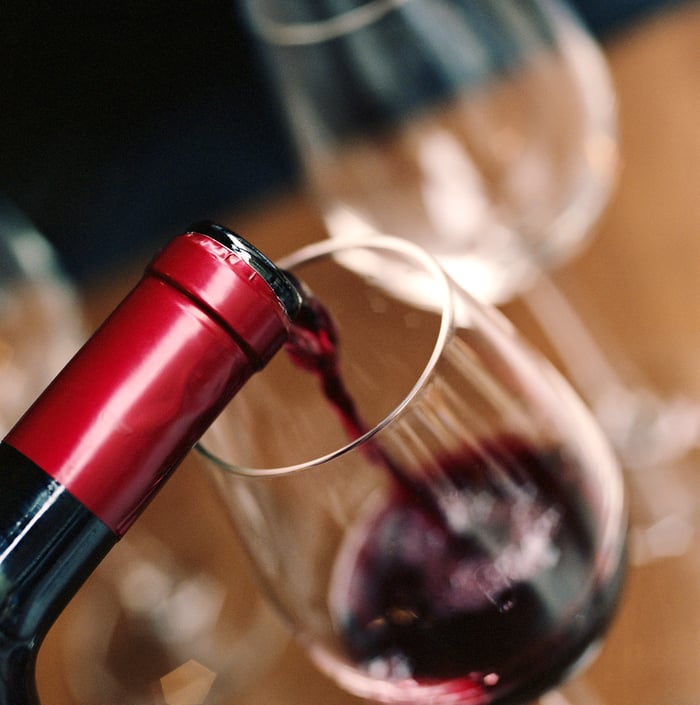 Management is also jazzed about the company's expanded partnership with glassmaker Owens Illinois. To support booming beer demand, Owens just approved the installation of a fifth furnace in their Mexican glass plant under this agreement, which will make that building the largest glass container factory in the world. Constellation is pouring $140 million into the upgrade and aims to earn that back -- and then some -- beginning in late 2019 when the furnace comes online and further reduces its glass sourcing costs.

Constellation Brands' updated outlook included a modest downgrade in its projection for the wine and spirits business. "We have seen a bit of a slowdown in the market growth rate," Sands explained, and so executives now expect sales to grow by about 4% instead of 5%. Adjusted earnings should rise by 5% rather than the 6% they had initially forecast.

The beer business will show an unusual decline in profitability in the fiscal fourth quarter, too, but that's only because of temporary factors like seasonality and increased hiring to prepare for the upcoming peak production period. The beverage giant still expects this division to expand sales by 10% as operating income soars by about 18% in fiscal 2018.

Constellation plans to press its advantage in the premium beer segment with increased distribution into new channels like convenience stores. Investors can look forward to major product launches, too, including the first national extension of the Corona franchise in over 25 years. As for the wine and spirits division, look for sales growth to keep slowing, but profitability to improve, as the company trims weaker brands out of the portfolio.