Sears Holdings (NASDAQ:SHLDQ) can't be displeased at the struggles facing Mattress Firm, the bedding subsidiary of financially troubled Steinhoff that recently announced it was closing 200 stores.

Because Sears is trying to engineer its own turnaround by opening small-format stores dedicated solely to appliances and mattresses, news that a rival is shutting down potentially competitive outlets has to be seen as good news. 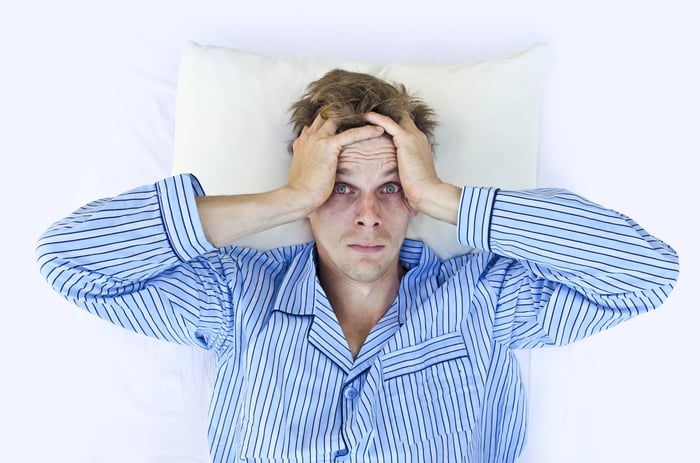 Sears needs something to help its investors get a good night's rest, because its slide into oblivion is quickly gathering steam. And if it turns out the holiday season was really bad at Sears and Kmart stores, that could hasten the exit of suppliers who are already antsy they won't be paid for merchandise they ship.

Sears Holdings also just announced it was closing another 100 stores of its own, which probably won't be the last time we hear the retailer say it's doing so. What makes it worse, the company's plan to open up these dedicated small-format stores is dicey at best.

Even before Steinhoff acquired Mattress Firm in 2016, the bedding market was not doing well. Mattress Firm had tried to achieve economies of scale by rolling the industry up under its big blanket by acquiring the likes of Mattress Giant, Mattress Train, Sleep Experts, Mattress Liquidators, Bed Mart, Back to Bed, and Sleepy's, but it struggled to incorporate them seamlessly into its operations.

Steinhoff, which has been referred to as the "Ikea of Africa," then made a play for Mattress Firm, acquiring it in a $3.8 billion deal. It didn't take long before the wheels came off, and Steinhoff was plunged into crisis.

Last month, Steinhoff's CEO abruptly resigned amid an accounting scandal, and the company tried to reassure its lenders by telling them that although it had "limited visibility" into the cash flows of many of its subsidiaries, it was certain Mattress Firm could turn around its record of falling sales and profit margins.

Steinhoff admitted it had about 300 underperforming stores, but it had closed 90 of them already. Two hundred Mattress Firm locations are set to close in the next year and a half. Mattress Firm and Tempur Sealy had a falling out last year after negotiations between the two fell through and it was announced Sealy mattresses would no longer be sold at Mattress Firm stores.

The industry as a whole is undergoing a shift as more people buy mattresses online. Last year was largely flat for the industry in terms of sales, with units up 0.5% and dollar value rising 1%, and though 2018 is forecast to be better, retailers are still struggling with how to respond to this growing phenomenon. Whereas online sales have previously accounted for no more than 5% of sales, analysts expect that figure will have doubled last year. And it will only grow from there.

No rest for the weary

This makes Sears' getting into the bricks-and-mortar mattress business problematic. It's already acknowledged it has way too many Sears and Kmart stores, and, as noted, it has been closing hundreds of them at a time, but it now wants to compete against established players, including department stores, by opening its own chain.

That's even as online retailers begin partnering with physical store retailers to enhance their own growth prospects. Casper, for example, has a partnership with Target to display its beds in its stores that can then be ordered online, and it recently entered into an agreement with American Airlines to have its bedding products featured in flight as it tries to extend its brand from beds to linens. Similarly, Leesa Sleep has expanded its partnership with Williams-Sonoma by having items available for ordering at Pottery Barn stores as well as at West Elm stores.

One fewer bricks-and-mortar competitor has to be good news for Sears, if only for the fact that misery loves company, but it underscores the difficulties the sector is facing just as Sears wants to become a part of it, which could give investors even more sleepless nights.