Shares of Sears Holdings (NASDAQ:SHLDQ) were rallying today after the company said it received $100 million in new funding. In the same announcement, Sears said that comparable sales for the holiday period fell 16%-17%. However, investors overlooked that and sent Sears shares up anyway, hoping that increased liquidity would lead to a comeback. 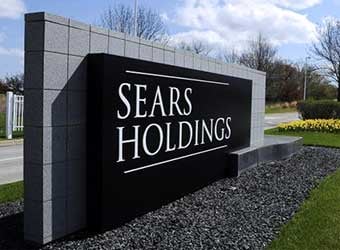 Despite the dive in comparable sales, investors pushed shares higher as the influx of funding seemed to increase the company's chances of a turnaround. Sears said it had raised $100 million in new financing and was pursuing another $200 million in loans. In addition, it's seeking to extend maturities and lower interest rates on $1 billion worth of debt.

As CFO Rob Riecker said, "As previously announced we are actively pursuing transactions to adjust our capital structure in order to generate liquidity and increase our financial flexibility. The new capital we have secured represents meaningful progress toward those objectives and demonstrates that we continue to have options to finance our business."

Sears also said it has identified $200 million in cost savings, unrelated to store closures, to help it return to profitability. Liquidity continues to be a concern for the company as it's bleeding cash with hundreds of millions of dollars in losses most quarters, and it has already said that it would shut an additional 103 stores last week.

While the increased funding should help keep the company afloat, it does little to help turn around the underlying business, which seems beyond repair at this point.