Shares of customer service provider Zendesk (NYSE:ZEN) skyrocketed 59.6% in 2017, according to data provided by S&P Global Market Intelligence. The stock's big run-up was fueled by growth in paid customers, a reacceleration in revenue growth, and management's outlook for positive free cash flow for full-year 2017 results.

But the biggest catalyst of all for Zendesk in 2017 was probably growth in large customers. 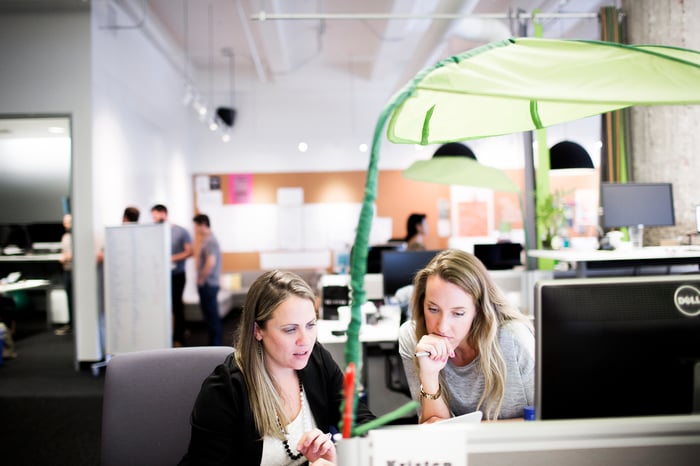 For the trailing nine months ending Sept. 30 (the end of Zendesk's most recently reported quarter), revenue surged 37% compared to the year-ago period, climbing from $223 million to $307 million.

Highlighting the recent reacceleration of Zendesk's revenue growth, third-quarter revenue jumped 40% year over year -- a level higher than the growth seen in the company's trailing nine months. Management pointed to growth in large customers as the key driver. "Our third quarter results highlight the inroads we are making with larger organizations," management explained in Zendesk's third-quarter shareholder letter. "We closed a significantly larger number of enterprise-class deals this quarter -- both new business and expansions."

With greater visibility into 2018, management claimed in November that it is "building optimism" toward its outlook for the year. Zendesk said its bullishness is supported by chances to expand with current customers and to explore new opportunities with new customers in varying industries.