An emerging middle class in China is lifting the domestic travel industry to new highs, which greatly benefits the top online travel agency (OTA) in the country, Ctrip.com (NASDAQ:TCOM).

The company has posted some very impressive fundamentals recently, but it seems not every observer feels it's a worthwhile investment. In December, analyst Alex Yao from influential bank JPMorgan Chase downgraded his recommendation on Ctrip.com stock from overweight (i.e., buy) to neutral (neither bullish nor bearish). That's an interesting move considering the OTA is still on the rise. Is the change in opinion justified? 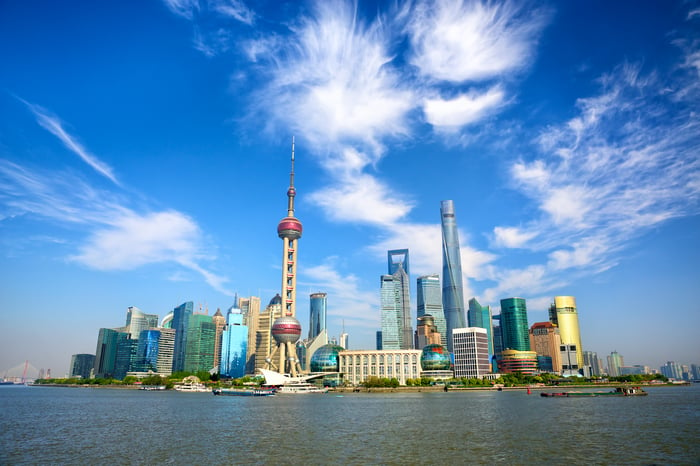 A bundle of concern

Yao's big concern with Ctrip.com, according to a report on StreetInsider.com, was the recent de-bundling of its offerings. It had drawn some heat on Chinese social media for its habit of making certain items, such as travel insurance, default choices on some of its bookings. On OTAs like Expedia (NASDAQ:EXPE) or one of Priceline Group's (NASDAQ:BKNG) sites, such items tend to be opt-in, not opt-out; the customer chooses whether to partake.

After those complaints made the rounds, Ctrip.com quickly changed its ways. That's more customer-friendly, but Yao believes that the move will reduce cross-selling of services, which would dampen profitability growth.

I believe this is a fairly minor issue given the size and scope of the company. Through acquisitions, Ctrip.com has clawed its way to the top of the Chinese OTA food chain. Its growing prominence has allowed it to negotiate better terms from travel providers, meaning it can make more money from its bookings.

The proof is in the margins. In the company's most recently reported quarter, its gross margin improved by almost seven percentage points, to nearly 84%, a big jump for such an established operator. That also makes the company comparable with the monster American OTA duopoly of Priceline and Expedia.

And Ctrip.com grew at torrid rates. In the quarter, net revenue grew by 42% on a year-over-year basis to 7.9 billion yuan ($1.2 billion). Thanks largely to efficiency gains, adjusted, attributable net income nearly tripled to 1.6 billion yuan ($248 million).

Although expectations for growth are lower for this current quarter -- Ctrip.com is guiding for a 25% to 30% revenue improvement -- such numbers are still the envy of any monster OTA.

For a quick-and-dirty comparison, Expedia's top line expanded by 15% in its latest reported quarter, while Priceline's rose 20%. Expedia's gross margin for said period was 78%, and Priceline's stood at 86%.

A trip to growth

While investors should certainly keep tabs on how Ctrip.com's de-bundling affects its results, they should be more influenced by the bigger picture. The company operates in a robustly growing market, and is poised to keep adding billions of yuan to its results.

It's expanding in terms of both customer base and geography. It's rapidly pushing into smaller Chinese markets and some of the more recent acquisitions -- such as U.K.-based metasearch travel site Skyscanner -- even dip into potential business from abroad.

I don't think investors should sell based on the recent downgrade. This is a very good stock in the OTA segment, and it's worth holding on to.