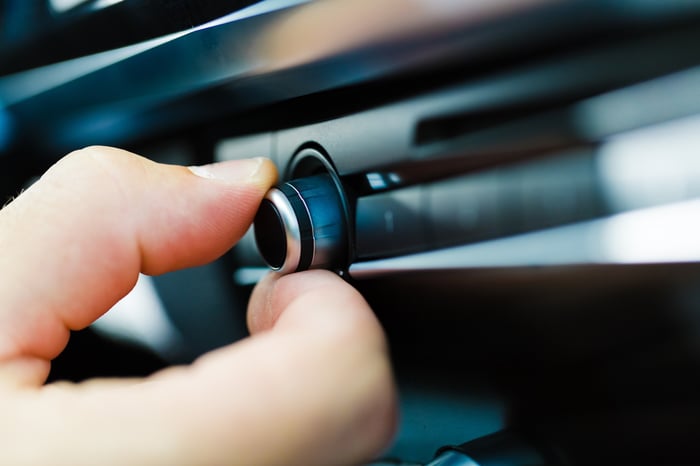 Sirius XM's advance appears mostly supported by the financials. While the company hasn't reported fourth-quarter earnings as of this writing, Sirius XM exceeded expectations throughout the first three fiscal quarters. Through the nine months ended Sept. 30, the company has reported 8.3% higher revenue than in last year's corresponding period while growing earnings per share (EPS) 27%.

While it's true Sirius faces increased competition from substitutes like streaming-music offerings from Apple, Amazon, and Alphabet, and talk radio is under threat from podcasts, the company still expects strong revenue and subscriber gains. In its third-quarter conference call, management guided for full-year 2017 revenue to grow 7.5% to $5.4 billion before increasing 5.5% to $5.7 billion in 2018. Management expects 1 million self-pay net subscriber adds in 2018.

Sirius XM also has a few catalysts that could lead to even stronger growth: In September, Sirius XM closed on its strategic investment in Pandora Media, which could possibly pay off if the company is able to convert any of Pandora's near-80 million user base to Sirius XM subscribers. Additionally, Sirius XM's smaller connected-vehicle business should benefit from U.S. new car sales, which topped 17 million for the third consecutive year. The company announced it would unveil its next-generation 360L service with an unnamed automaker.

Even if none of these catalysts show up on the income statement in a large way, management has guided for strong growth in its core business and has a recent history of outperforming expectations. Investors will continue to see Sirius XM's stock advance if management can continue to deliver.