Please ensure Javascript is enabled for purposes of website accessibility
Log In Help Join The Motley Fool
Free Article Join Over 1 Million Premium Members And Get More In-Depth Stock Guidance and Research
By Demitri Kalogeropoulos - Jan 11, 2018 at 11:35AM 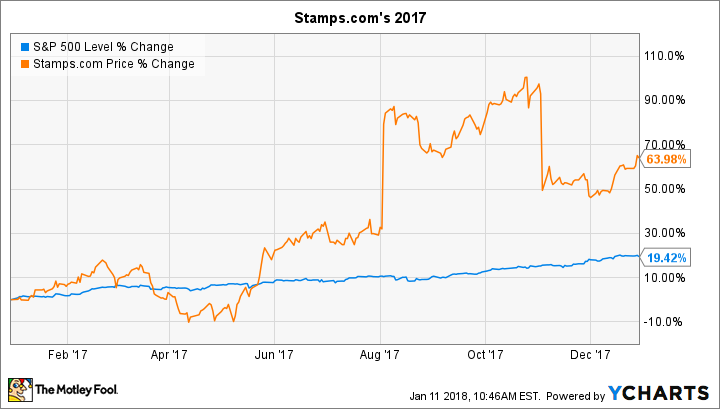 The stock was highly volatile, though, having risen by nearly 100% at one point before a 20% one-day drop placed it closer to its eventual 64% increase for the year.

Stamps.com's 2017 business results were impressive across all the important operating metrics. Sales rose 30% through the first three quarters of the year, operating margin expanded to 33% of sales from 30%, and net income shot up to $110 million from $46 million in the year-ago period. 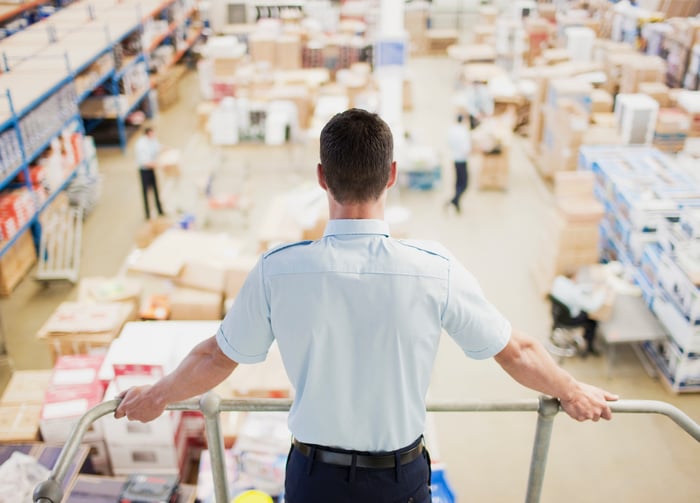 The company leveraged its partnership with hundreds of online selling platforms, including eBay and Shopify, to pass 736,000 paying customers, up from 656,000 at the start of the year.

Executives believe the company's total addressable market is closer to 20 million, after all the home businesses, small businesses, and enterprise mailers in the industry are factored in. Another indication of that long growth runway: Stamps.com is responsible for just 2% of total shipping-carrier revenue today.

As for the immediate future, management is targeting sales of between $435 million and $460 million when it closes the books on fiscal 2017 in the coming weeks. That would translate into a 23% increase at the midpoint of guidance and is well above the initial range of $400 million to $425 million that executives had issued.