Please ensure Javascript is enabled for purposes of website accessibility
Log In Help Join The Motley Fool
Free Article Join Over 1 Million Premium Members And Get More In-Depth Stock Guidance and Research
By Jamal Carnette, CFA - Jan 12, 2018 at 8:17AM

Amazon's newest business has lucrative margins, strong growth, and a long runway to reward investors. Here's what you need to know.

Most people identify Amazon (AMZN -4.12%) with its e-commerce business, and rightfully so. A recent report from e-commerce analytics research firm One Click Retail found Amazon was responsible for 44% of e-commerce sales in 2017 and 4% of total U.S. retail sales.

For investors, however, the beating heart of Amazon isn't its ubiquitous retail operations. It's the company's Amazon Web Services (AWS) division. Although AWS represented only about 11% of total revenue in the nine-month period ended Sept. 30, 2017, this higher-margin business produced nearly $3 billion in operating income while the North American retailing segment brought in only $1.1 billion in operating income in the period.

But investors should know that Amazon has another billion-dollar business that's growing just as fast as Amazon Web Services and is just as profitable: advertising. 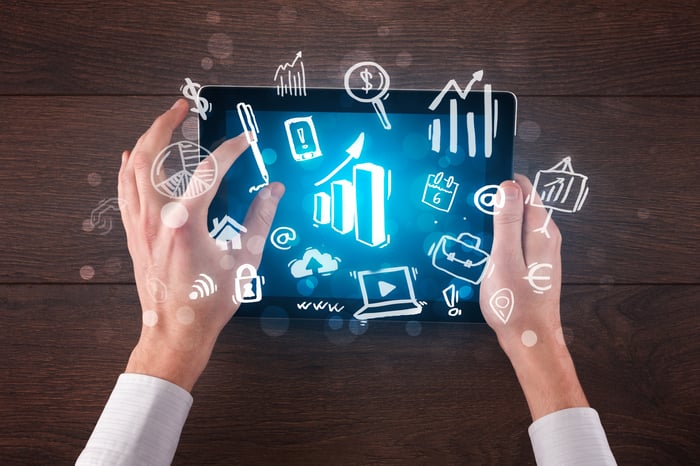 Home speakers are more important than you might think

During the holiday season, Amazon and Alphabet (GOOG -1.85%) (GOOGL -2.00%) engaged in a fierce price war for their entry-level home speaker products -- the Amazon Echo Dot and the Google Home Mini -- with some analysts noting it was likely both companies "lost a few dollars" on every unit sold.

The reason is that both companies are applying a razor-and-blade model. The speaker itself is a loss leader; the real money is made on selling services or gathering information once the device is embedded in the home. For Alphabet, this leads to ad-based dollars based on better data collection and increased searches. For Amazon, the company wants to sell Prime subscriptions and  bolster its e-commerce business.

However, Amazon is no longer content with ceding ad dollars. The company is reportedly in talks with Procter & Gamble and The Clorox Company to bring advertisements to its Alexa-powered Echo line of home speakers.

Digital advertising is a billion-dollar business for Amazon

It's well known that Facebook and Alphabet have a near-duopoly on the U.S. digital advertising market, with eMarketer reporting approximately two-thirds of U.S digital ad spend is attributable to the two companies. Few are aware that Amazon is the fifth-largest company by digital marketing spend, with an estimated $2.35 billion this year, up from $1.65 billion in 2017, according to eMarketer estimates. Amazon does not separately report digital marketing revenue on its financial statements. 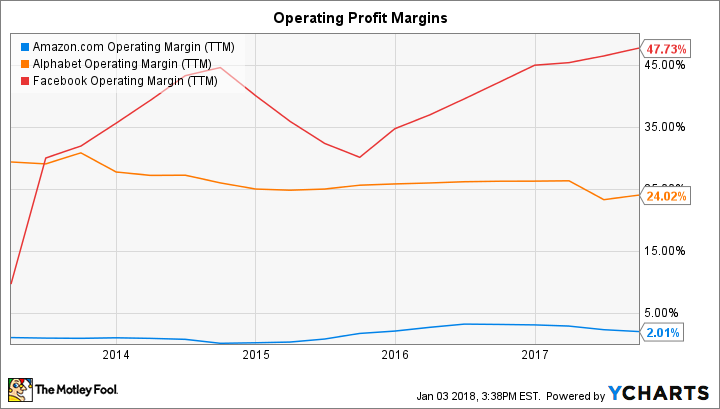 And the company has been achieving just that. According to eMarketer, Amazon grew digital advertising revenue at an annualized 47% clip in 2017, more than the 42% AWS growth. Look for that to continue -- eMarketer expects Amazon will grow digital ad revenue 42% this year. If anything, these figures may understate Amazon's potential, as the company has everything needed to be a strong digital advertiser -- substantial traffic and significant consumer behavior data. It just needs to focus on building out the business.