These facts may surprise you.

Coca-Cola (KO 1.88%) is the world's largest beverage company. Millions of people around the globe associate its brand with happiness. Amazingly, the red and white Coca-Cola logo is recognized by 94% of the world's population.

Yet despite its massive scale and incredible brand recognition, there are some interesting aspects of Coca-Cola that many people are not aware of. Here are 10 things about the beverage giant that you may not yet know. 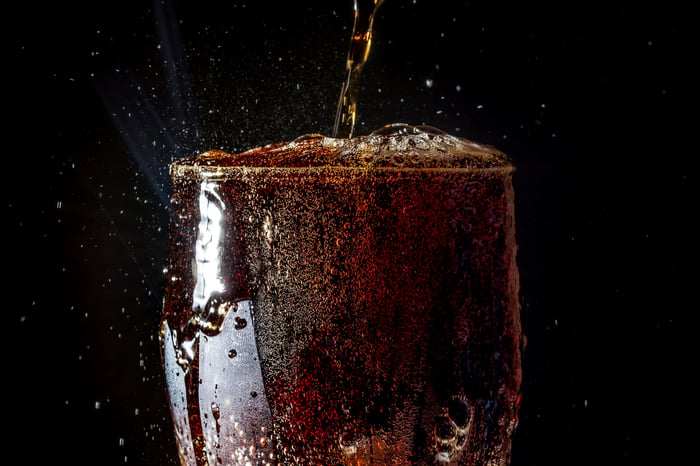 2. When Coca-Cola first appeared on the market in 1886, it was marketed as a "nerve tonic" that could help relieve stress and anxiety. It was even believed that Coca-Cola could cure opium and morphine addiction.

3. It was likely the "coca" part of Coca-Cola that gave it those "medicinal" properties. Coca-Cola originally contained the liquid extract from coca leaves and, therefore, small amounts of cocaine. In fact, it wasn't until 1929 that the ingredient was eliminated from Coke's recipe.

4. The "cola" part of Coca-Cola's name came from the kola nut. Kola nut contains caffeine and was also believed to have some medicinal effects.

5. Nowadays, Coca-Cola still has some interesting uses, like cleaning motor oil from driveways and garage floors. "Pour a liberal amount of cola over the stain, let it bubble and soak for an hour, then hose clean," says Bob Vila.

6. Warren Buffett is also a fan of Coca-Cola. The massive insurance conglomerate he oversees, Berkshire Hathaway, owns nearly 10% of Coca-Cola's shares. Buffett has held a large stake in the company for more than 25 years. He also somewhat jokingly claims to get 25% of his daily calories from Coke beverages.

7. Coca-Cola is a powerhouse business. The beverage titan owns 21 different brands that generate more than a billion dollars in sales per year -- each.

8. In total, Coca-Cola sells around 3,900 distinct beverage choices. Together they produced more than $40 billion in annual revenue and $6.5 billion in profits in 2016.

9. Coca-Cola is committed to passing a large portion of its free cash flow on to its investors. In 2016, the company returned $8.4 billion to its shareholders via dividends and share repurchases. And in 2017, Coca-Cola raised its dividend for the 55th consecutive year.

10. Coca-Cola is also committed to giving back 1% of its operating income annually through its philanthropic organization, The Coca-Cola Foundation. The foundation serves three priority areas: women (economic empowerment and entrepreneurship), water (conservation and recycling), and well-being (education and youth development). Since its inception in 1984, The Coca-Cola Foundation has donated more than $820 million to these charitable causes.