Shares of Trivago N.V. (NASDAQ:TRVG) started off on fire last year, but a change in its relationship with Priceline Group (NASDAQ:BKNG) and a cut in marketing caused sales growth to slow significantly in the second half of the year. As a result, the stock finished the year down 42%, according to data from S&P Global Market Intelligence.

As the chart below shows, it was quite a roller coaster year for Trivago as the stock had more than doubled by the summer, before reversing course later in the year. 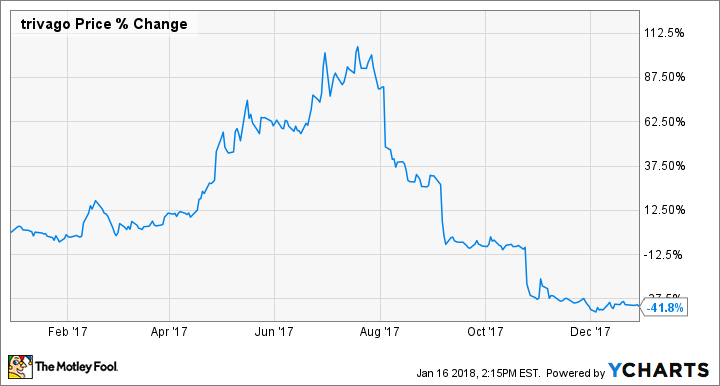 Expedia (NASDAQ:EXPE) spinoff Trivago debuted on the market in December 2016, and was off to a good start as the stock surged on its first-quarter earnings report in May. Shares gained 11% in a single session after the hotel booking site reported a 68% jump in revenue on a heavy advertising push. 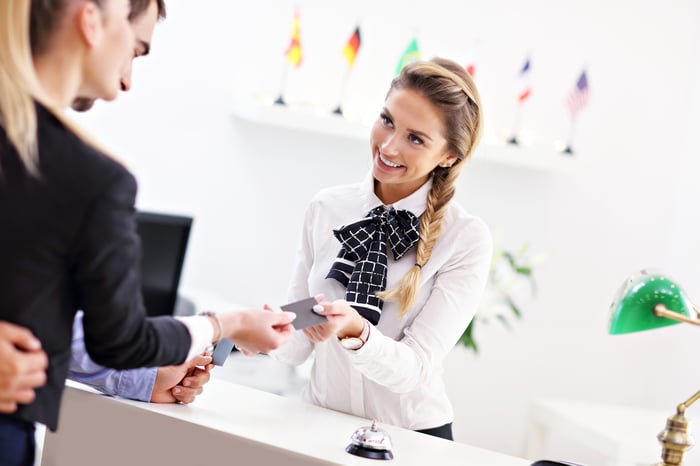 After the stock continued to climb in the following months, the company's fortunes changed as competition picked up among online travel agencies. The August earnings report sent the stock down 18%, with bottom-line results worsening from the previous quarter as advertising costs increased. Online travel agencies also generally deliver their strongest results in the summer months so the result was surprising for that reason as well.

The stock crashed again in September, losing 17% after the company slashed guidance. Management said it now expected 40% revenue growth for the year, down from a previous forecast of 50% and adjusted EBITDA falling from a year ago. The company said it would scale back its aggressive marketing as referrals from partners like Priceline had declined as the latter shifted its strategy.

All online travel stocks have stumbled through the second half as competition increased and referrals from Priceline were deemphasized, which have also weighed on TripAdvisor.

Looking ahead to 2018, Trivago seems likely to continue struggling as revenue growth is sliding and it's still operating at a loss. The online travel market is crowded and recent metasearch trends have not favored it. Unless that changes, I'd expect it to be another tough year for the hotel search engine.