CalAmp Corp. (NASDAQ:CAMP) saw its shares rise by 47.8% in 2017, according to data provided by S&P Global Market Intelligence, as investors bought into the growth story after the machine-to-machine communications specialist reported a string of strong quarterly results.

CalAmp's shares started moving higher in March and then popped in April, after the company reported its earnings for the fiscal fourth quarter 2017. Sales increased 22% year over year and earnings per share came in at $0.28 per diluted share, narrowly beating analysts' consensus estimate of $0.27 per share. Investors were happy to see the company's results fall in line with management's expectations for the quarter and subsequently drove up CalAmp's share price by about 14%. 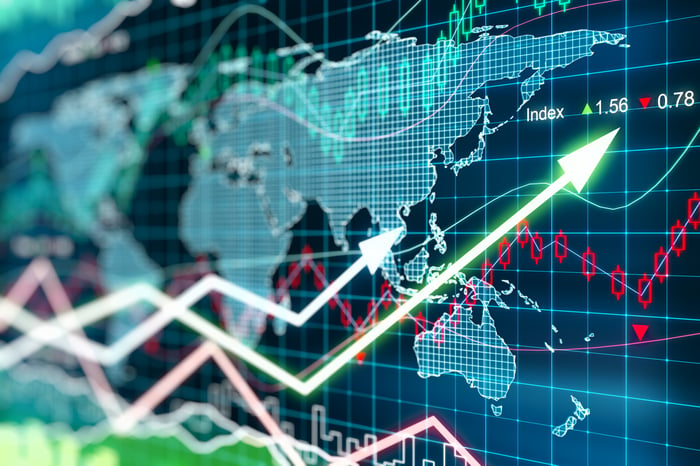 The company's stock was a bit volatile in the following months, but then it made a huge spike in September, jumping more than 25% after CalAmp reported its fiscal second-quarter 2018 results. Sales were up by just 0.8% and earnings per share remained virtually unchanged year over year. But in the year-ago quarter, CalAmp earned an additional $6.7 million from its satellite revenue segment. So while the quarterly results normally wouldn't have been great news, investors were happy with them because they represented a successful transition away from the company's now-defunct satellite business.

CalAmp's shares slid about 4% in December, after investors were disappointed that management forecast Q4 earnings of $0.27 to $0.33, when analysts' consensus estimate was $0.29. Investors never like to see an earnings miss -- even the idea of one -- and that caused shares to lose some steam toward the end of the year.

CalAmp's stock is up over 6% since the beginning of January, which means that any of the pessimism that investors had about CalAmp' current quarter appears to have subsided. With the company's strong growth in 2017 and its success in shedding its satellite business (and still maintaining financially stability), investors should see more top- and bottom-line gains from the company in 2018 -- and hopefully more stock gains, as well.