On its home turf in the U.S. and in other key developed markets, McDonald's (NYSE:MCD) struggled for years. That story has changed as of late, though. Under the guidance of CEO Steve Easterbrook since 2015, the company has launched several menu innovations that have played a part in returning the company to growth.

It started with all-day breakfast a couple of years ago. That was followed by a return to its value roots with its McPick 2 menu. Here are a few of the latest changes and menu trial-runs McDonald's is working on. 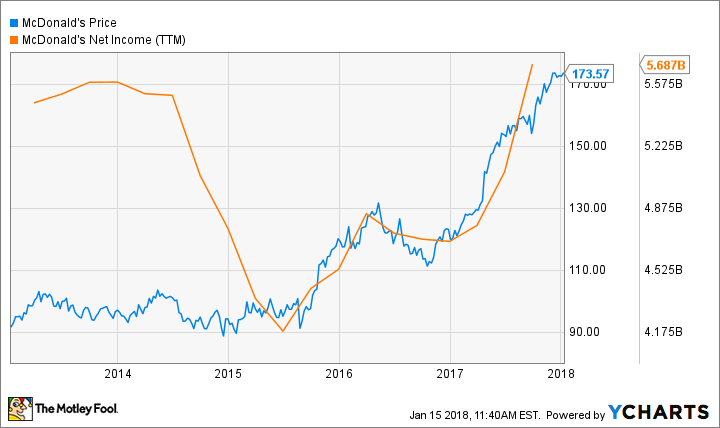 Resurrecting a flop from the past

Remember the Archburger? In the late 1990s, McDonald's came out with the burger, which featured fresh, not frozen, beef patties. The project was quickly panned as a failure, but it's coming back. 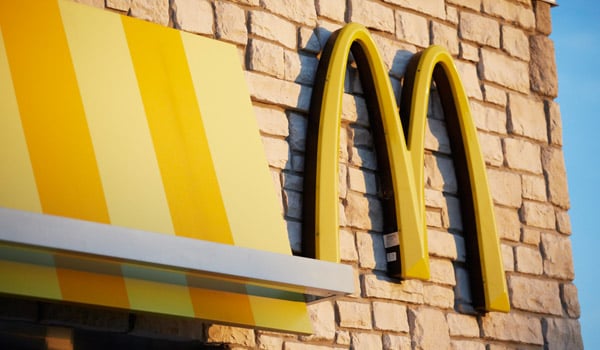 The Archburger will be tested at a handful of locations in the Midwest, and if deemed a success, could receive wider distribution. The better-burger could be a bet on recent trends, as Americans' love of a higher quality sandwich is showing up in the growth of brands like Shake Shack (NYSE:SHAK) and The Habit (NASDAQ:HABT). Whether Archburger makes it or not, McDonald's has said it will start using fresh beef in all Quarter Pounders later this year.

New protein for the brand's flagship

Last year, Macca's (the nickname for the golden arches in Australia) had a new take on its most famous sandwich, the Big Mac, but this one comes with fried chicken patties instead of beef. The title? Simply the Chicken Big Mac.

Word is that this version of the Big Mac was on the secret menu in Australia all along, and due to popularity was made part of the regular lineup. No word on the sandwich coming stateside, but chicken sandwiches have also been gaining in popularity at McDonald's upscale rivals. Thus, it wouldn't be a surprise to see this one show up at a restaurant near you sooner or later.

Speaking of alternative protein options, McDonald's made a sandwich for Finland and Sweden called the McVegan Burger. The restaurant partnered with Nordic food producer Orkla (OTC:ORKLY) to formulate the vegan-compliant patty, topped with other veggies and eggless sauce. 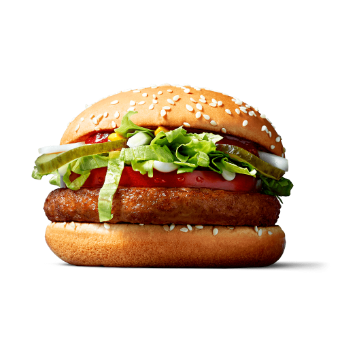 The sandwich was developed in response to changing consumer trends toward more plant-based and healthier food in Northern Europe. Much like the Chicken Big Mac, no word on whether the sandwich will migrate in our direction. But the number of people eating vegan has grown 500% since 2014 in the U.S., according to research group GlobalData. McDonald's is no doubt monitoring whether it should better cater to diners who don't eat meat.

Healthier and innovative food isn't the only trend in America. Value menus are also making a comeback, and McDonald's recently launched new $1, $2, and $3 menus to replace the McPick 2 for $3 and $5 that has been promoted the last few years. Mainstays like cheeseburgers, McMuffins, and McGriddles will be on the menu, but a new Classic Chicken Sandwich and new two-piece Buttermilk Crispy Tenders are also being added.

McDonald's same-store sales have been back on the rise this year in the U.S., up 4.1% in the last quarter, and much of those gains resulted from the McPick 2 bargain. The company hopes it can keep diner interest and sales rolling higher by expanding its value proposition with a bigger menu and a couple of new items.

Menu innovation has helped McDonald's recapture sustainable growth, and that thinking at the fast-food chain looks like it will continue; watch for new items at your local store. Some of the new food may flop, some may not even make it to the national menu at all, but the company's strategy of experimentation around better quality and value is working for shareholders.