The world of cryptocurrency investing is rife with unseen pitfalls, shady players, and downright scams. No investor should wade into this space before gaining a thorough understanding of it.

This article won't tell you who the next big winner in cryptocurrencies is, or which publicly traded companies could benefit from this rising technology. Instead, it will give you three simple and essential steps to help you vet an investing idea before you sink your money into a company that uses buzzwords -- blockchain, crypto, etc. -- to send its shares to the moon, regardless of its weak (or nonexistent) business model.

The outrageous story of one obscure company will perfectly illustrate these lessons. 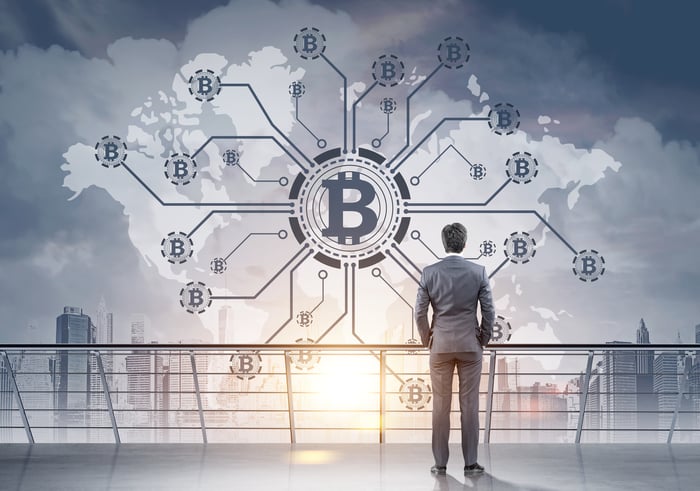 A tiny group of investors has made a vast fortune over the past three years by putting time money into cryptocurrencies like bitcoin, ethereum, and ripple. With the kind of gains these three coins have had over the past year -- 1,200%, 10,300%, and 24,200%, respectively -- it's only natural that our human, knee-jerk reaction is to want a piece of that "easy money."

The problem is that with the added attention, a number of companies have decided to start luring unsuspecting investors by using crypto-related buzzwords in their press releases, their mission statements, or even in their names. Some of these companies could end up doing well by investors, but many more will not. For individual investors, the real problem is that we often don't take the time to truly understand where we're putting our money.

As an exemplar, let's look at a publicly traded company that's under a trading halt (you can't buy or sell shares as of this writing): The Crypto Company (OTC:CRCW). This company's strange tale will help to demonstrate the simple steps you can take to reduce your chances of throwing your hard-earned cash into investments that are worth virtually nothing.

What is The Crypto Company?

When The Crypto Company filed its annual report on March 10, 2017, it was Utah-based Croe, "an early stage fitness apparel company with the mission of creating supportive, protective, and innovative sports bras." That all changed a few months ago, when The Crypto Company engineered a reverse-merger with Croe to list its shares on the open market.

The new stated purpose of the company was to be "engaged in the business of advising regarding, investing in, trading and developing proprietary source code for digital assets with diversified exposure to digital asset markets."

We'll get to what that means in a minute, but first, let's detail what happened to the company's stock:

Then things got really crazy.

Over the next four trading days, shares jumped another 1,680%. They topped out at $642 per share, representing a market capitalization of $12.6 billion. To put that in perspective, at that point The Crypto Company was worth more than Harley-Davidson.

Those moves prompted action by the SEC, which temporarily suspended trading of shares at $575. It's unclear what has happened since the suspension was lifted, but shares now sit at $174, with no change in price since Jan. 8.

According to MarketWatch, as many as 42,500 shares traded hands above the current level of $174. While that isn't a lot on an absolute basis, don't tell that to the individual investors who have lost a bundle and don't know if or when they'll ever be able to sell their shares on the open market.

We don't want any readers to find themselves in this position. To help you avoid that fate, let's go over three questions you should ask when evaluating an investment -- particularly one that promises riches from the blockchain. To find the answers to any of the questions I'll pose below, your two best resources are the SEC's EDGAR database and each company's investor relations site -- which you can easily find by typing "[company name] investor relations" into a search engine.

1. Does the business make sense to you?

I provided part of the company's business description above. Here's the rest of it: "Crypto's core services include consulting and advice to companies regarding investment and trading in the digital asset market and investing in a manner that diversifies exposure to digital assets."

My best guess is that The Crypto Company is aiming for a mish-mash of consulting, an interface for tracking crypto prices, and cash investments in cryptocurrencies.

But really, who knows?

Here's a simple test for whether or not you really understand a business: Could you explain it to my 4 year-old daughter? If not, then you shouldn't buy it.

The most recent quarterly report for The Crypto Company -- filed Nov. 14, 2017 -- shows the following:

But that's where the good news stops. The filings also show:

3. Who is running the company?

If you put your money behind a company, you must have faith either that the business model will prove a success or that the leadership will somehow forge a path to sustainable profits -- or both.

The Crypto Company's CEO and chairman is Michael Poutre. A quick internet search will reveal that in 2010, Poutre, then a broker, was fined $5,000 and suspended from trading for two years by the Financial Industry Regulatory Authority. Poutre also happens to be the CEO of a firm called Redwood Fund LP. When I tried to find out more about Redwood Fund -- which also happens to employ Crypto's chief operating officer, Ron Levy -- there was almost no information available.

Here's the homepage, which has a brief company description and one working link that allows you to send an email. 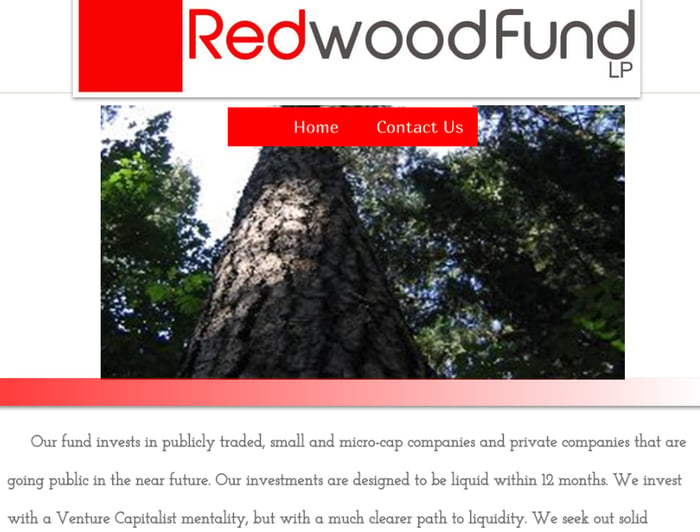 According to SEC filings, in 2013 Redwood proposed to offer shares for investment totaling $25 million, with the minimum investment from an outside investor set at $250,000. Four years later, Redwood had only sold 11% of what it hoped to, and minimum investments dropped all the way down to $5,000.

Further investigation showed that the company was operating out of an office paying $6,000 per month to Soba Living LLC, which operates a detox and rehabilitation center in Malibu, California. Of course, everyone needs an office space. Many famous companies after all were started in garages.

The difference, as far as investors are concerned, is that those companies (Apple, HP, etc.) were not publicly traded at the time, nor were they valued in 11-figure territory.

There's certainly a chance that The Crypto Company could end up being a legitimate business that helps others navigate the brave new world that the blockchain is ushering in. But in the hype and frenzy surrounding the technology, too many investors have thrown all caution to the wind in an attempt to make a quick buck.

I have a feeling, however, that this story will end poorly for those who put their money behind The Crypto Company. In total, it took me about an hour to find this information on The Crypto Company. That might sound like too much research for some, but in the end, your due diligence will help keep your money safe.