It wasn't that long ago that you could buy a slew of great companies that had stocks trading for less than a Hamilton. Today, though, the pickings are pretty slim. Sure, there are about 1,500 publicly traded companies with stock prices under that $10 threshold, but a vast majority of them are penny stocks that are hardly worth considering if you plan on buying and holding stocks for a long time. Of those 1,500, there are only 387 stocks with a market capitalization of more than $300 million. That is a small pond to fish from, when there are so many stocks out there.

If you are really determined to find a stock worth owning with a sticker price of less than $10, you could take a look at building materials company CEMEX (NYSE:CX), iron ore miner Cleveland-Cliffs (NYSE:CLF), and hydrocarbon product manufacturer Calumet Specialty Products Partners (NASDAQ:CLMT). 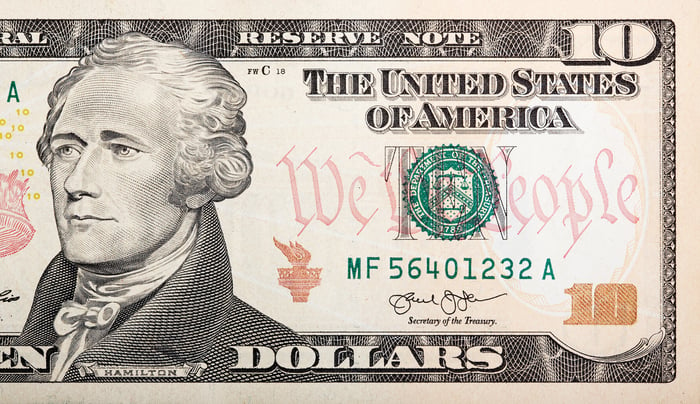 These three companies have a common trait: A few years ago, they appeared to be in deep debt trouble and were facing industry headwinds from low commodity prices. Within the past three years, CEMEX, Cleveland-Cliffs, and Calumet have all brought in new CEOs to lead significant turnaround programs to improve profitability and reduce debt. So far, those efforts seem to be paying off. In recent quarters, all three companies have reported improving profitability metrics and lower debt levels.

While Wall Street likely still considers them debt-laden companies set to bust at the next decline in their respective markets, that may not necessarily be the case anymore. Let's look at what these companies have achieved that suggests they could be worthwhile stocks to consider.

At the beginning of the decade, CEMEX's prior management was chasing growth hoping to catch the tailwinds of China's massive infrastructure boom. Unfortunately, China scaled back its investment, and there was a glut of cement production capacity. This left CEMEX with lots of idle or unprofitable capacity, a debt-to-EBITDA ratio of 7.7, and a junk credit rating.

When CEO Fernando A. Gonzalez took the helm in 2014, he started a plan to divest its less profitable assets, generate higher profit margins, and clean up the balance sheet. Since that time, the company has improved EBITDA margins from 16% to 20%, reduced total debt by 40%, and brought its debt-to-EBITDA ratio down to a more respectable 3.9 times.

When viewed out of context, these results don't look great. They are, however, an incredible improvement from a few years ago and a signal that there's more to come. As we enter a phase of global growth, cement demand should pick up and will likely lead to better returns for one of the world's largest cement producers.

Like CEMEX, Cleveland-Cliffs' former management team made some ill-advised investments and acquisitions several years ago based on the assumption that iron ore was going to be a red-hot commodity for decades. Not only did the commodity bubble pop, but many of those investments were development-stage projects that became a drain on the company's cash flow and forced it to take on loads of debt. When iron ore prices declined, many of these new facilities could barely cover their operating costs.

Enter current CEO Lourenco Goncalves, who immediately went to work unloading unprofitable assets and focusing on the company's most valuable business: U.S. iron ore production. Through a combination of asset sales, timely debt refinancing, and an ambitious cost-cutting program, the company has been able to cut its debt load in half over the past three years. In fact, the debt reduction plan has been so successful that management has now shifted its priority to invest in new U.S.-based mines and an iron ore refining facility that will produce an ore product suitable for the modern direct reduced iron facilities popping up in the U.S. (Direct reduced iron is produced with the ore in a solid state; DRI can then be used to make steel in electric arc furnaces, which use a lot less energy than blast furnaces.)

The company's net income performance hasn't quite caught up to all the changes that management has made in recent years, but the company is in a much better position to succeed than in years past. With the market still pricing it like a financially distressed company, it may be time to take a look at Cleveland-Cliffs. 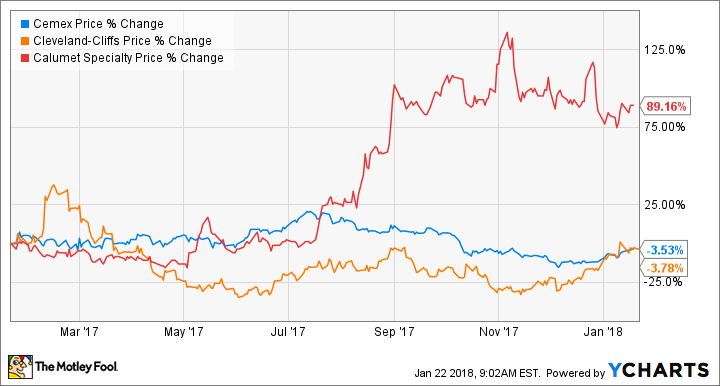 In 2016, Calumet Specialty Products Partners' CEO, Timothy Go, inherited an absolute mess. The previous management team had spent money like drunken sailors in an attempt to grow the distribution to shareholders and loaded up the company with an unreasonable amount of debt. What was most discouraging about many of the investments made is that they had little or nothing to do with what the company did best: produce high-margin niche petroleum products like lubricants and solvents. Even worse, the prior management spent so much time on these growth plans that it ignored some simple operations fixes that could have made the company a much more profitable business.

Go took the reins with a plan that looked good on paper: focus any capital spending on making its existing assets as efficient and profitable as possible, shed any noncore businesses, then pare down debt. Out of desperation, the company had to take on incredibly high-interest debt to fill in the cash flow gaps.

But the plan started to bear fruit, and the company has strung together a few consecutive quarters of improving EBITDA results. Calumet has yet to pare down its debt load, but operationally the company is at the point where it can allocate excess cash to debt reduction.

Calumet isn't as far along as CEMEX and Cleveland-Cliffs are with their respective turnaround plans, but at least the path forward is visible now, as the turnaround appears to be on the right track.