Shares of JD.com (NASDAQ:JD), the second largest e-commerce player in China after Alibaba (NYSE:BABA), rallied more than 70% over the past 12 months. After that big move, investors might be wondering if it's time to take profits, especially with the stock trading at 52 times forward earnings.

However, I think JD deserves to trade at that premium, and I recently started a new position in the stock for five simple reasons. 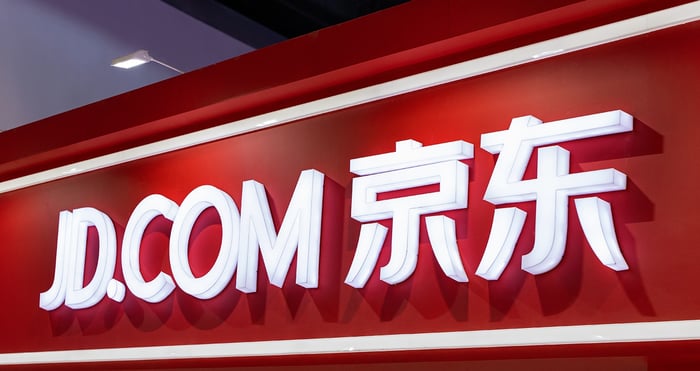 1. Alibaba is losing ground to JD

Alibaba's Tmall and JD.com respectively controlled 51.3% and 32.9% of China's e-commerce market in the second quarter of 2017 according to Analysys International Enfodesk. But back in 2014, Tmall controlled 54.6% of the market, while JD controlled just 17.7%.

JD's market share surged for two main reasons. First, it benefited from the failures of smaller online marketplaces, which struggled to match its scale and brand recognition.

2. No one wants to feed Alibaba

Alibaba is expanding beyond e-commerce into adjacent markets like cloud services, an internet search engine, artificial intelligence, mobile payments, fintech, and media streaming. That growth threatens other companies, many of which partnered with JD to throttle Alibaba's growth.

For example, JD's top investors are Tencent (OTC:TCEHY) and Wal-Mart (NYSE:WMT), which respectively own about 20% and 10% of the company. Tencent owns WeChat, the most popular messaging app in China, while Wal-Mart operates over 400 stores across the country. The three companies now pool their user and customer data, offer mutual discounts, and accept payments with Tencent's WeChat Pay.

JD is expanding in multiple directions at the same time. It's strengthening its logistics chain with partnerships -- like its new alliance with Japanese courier Yamato Holdings -- along with fresh funding rounds for its warehousing and delivery unit, JD Logistics. It's also keeping pace with Alibaba in the next-gen field of drone deliveries.

JD also has its sights set overseas, with plans to expand into Europe (starting with France) and the US within the next few years. It's also expanding its brick-and-mortar presence with plans to open 1,000 grocery stores across China in a bid to counter Alibaba's $2.9 billion investment in the country's top hypermart operator, Sun Art Retail.

5. Profitability on the horizon

JD posted a net loss by both GAAP and non-GAAP measures last year, but it's been profitable on a non-GAAP basis for the past four quarters. That's why analysts expect it to post a full-year profit this year, and for its earnings to rise more than eight-fold in fiscal 2018.

If JD hits those targets, its forward multiples will quickly contract. Therefore, the stock could still be a bargain after its big rally last year.

JD is a volatile stock and isn't for queasy investors. But it also should never be dismissed as a "second-rate Alibaba", especially when its growing market share, expanding ecosystem, rising revenues, and improving profitability suggest otherwise.