Monday is shaping up to be a rough day for the cryptocurrency markets, with most major cryptocurrencies well in the red, including bitcoin (BTC-USD), which is down about 9% for the day. South Korea, which has been closely watched since the country's finance minister mentioned a potential shutdown of South Korean cryptocurrency trading, has announced plans to collect a hefty tax from exchanges, which seems to be weighing on markets.

Here's a look at the 10 largest cryptocurrencies by market capitalization, and how much each has changed over the past 24 hours, as well as over the weekend.

Data source: www.investing.com. Prices and daily changes as of Jan. 22, 2018 at 2:00 p.m. EST, and prices are rounded to the nearest cent where appropriate.

As you can see, the five largest cryptocurrencies are all in the red today -- some by double digits. Ripple in particular is plunging, off by 20% since Friday. Ripple was one of the best performers recently, so it makes sense that it would fall more than others to find a point of stabilization.

The primary cause for last week's volatile cryptocurrency prices was fear of global regulatory changes, particularly in South Korea, a major market for digital currencies. 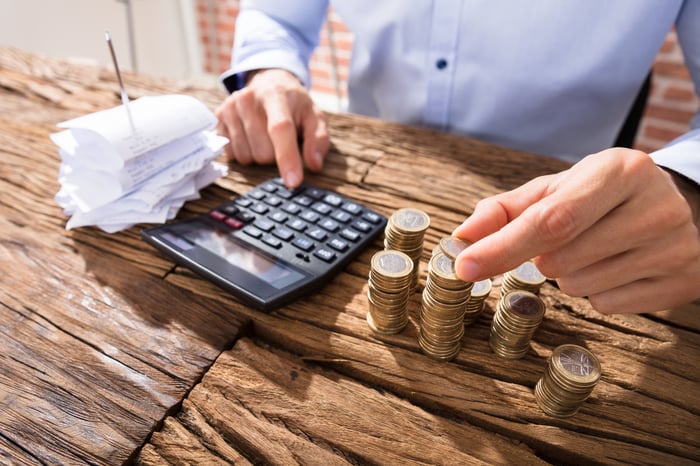 South Korea has announced that it will start collecting tax from its cryptocurrency exchanges. Image source: Getty Images.

The good news is that it doesn't look like South Korea will be pushing for an outright ban -- at least not right now.

Vanguard: Don't expect a bitcoin ETF from us anytime soon

I recently wrote that Direxion had applied to create several bitcoin ETFs, and they certainly weren't alone. However, because of SEC concerns, their applications have since been pulled.

Even so, Direxion is known for its risky leveraged ETF products. Surely a firm whose name is synonymous with low-cost, high-quality index funds getting behind bitcoin (BTC-USD) could help persuade the SEC, right? Someone like, say, Vanguard.

While it's entirely possible, if not likely, that a bitcoin ETF will make its way to the market in the not-too-distant future, Vanguard isn't going to be putting its name on it. "You will never see a fund from Vanguard on bitcoin," Vanguard CEO Tim Buckley recently told CNBC.

To be fair, Vanguard isn't just avoiding bitcoin. Vanguard generally avoids assets that don't generate cash flow -- the company doesn't have a gold ETF, either, for example. However, Buckley did say that the speculative nature of bitcoin is troubling. "It's really tough to imagine where the long-term return comes from other than speculation," Buckley said.