Nintendo (OTC:NTDOY) recently announced that its new Switch game console has sold more than 4.8 million units in the U.S. since it was launched on March 3, 2017. This makes Switch the fastest-selling home video game system in U.S. history.

Nintendo stock is up 83% over the last year, as investors have become more optimistic because of strong sales of Switch. Management expects sales in the fiscal year ending in March to have roughly doubled over the previous year while operating profit is expected to quadruple.

Underpinning this strong start for Switch are compelling games, and with several major game publishers supporting the system, Switch may eventually be the best-selling console ever. 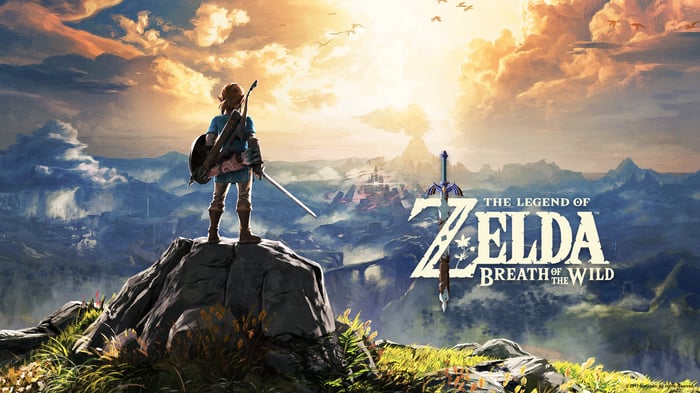 Nintendo reported that 55% of Switch owners own a copy of The Legend of Zelda: Breath of the Wild, which went on sale at the same time as Switch, and 60% own Super Mario Odyssey, which was released just in time for the holidays.

These are two of the highest-rated games in history, according to Metacritic; they are exclusive first-party titles developed by Nintendo and can be played only on Nintendo hardware. A compelling game system with system-selling games is a very powerful combination that is clearly helping sell a lot of Switch systems.

Nintendo's previous console -- Wii U, which had its debut in 2012 -- was the complete opposite. That system didn't offer much innovation over its predecessor -- the hot-selling Wii, which launched in 2006 -- and it lacked games, mainly because the system never had the support it needed from third-party game developers. The result was a system that sold only 13.56 million units, nowhere near enough to replace the more than 100 million units sold by the original Wii. The following chart shows the crater that Wii U caused for Nintendo. 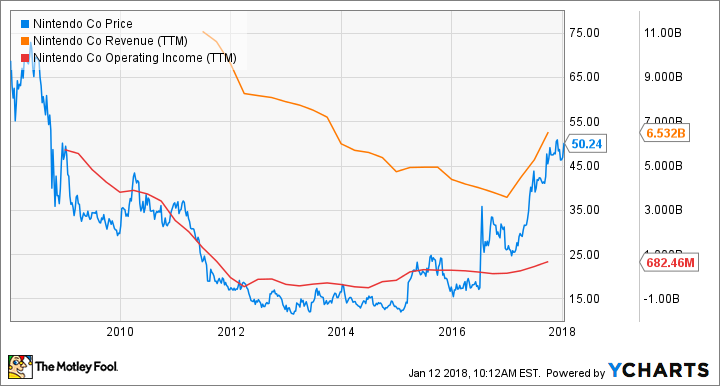 After this mistake, Nintendo's management learned some hard lessons about what went wrong with Wii U and crafted an impressive turnaround. It was based on a smart plan centered around hardware innovation and a clever marketing strategy of maintaining a steady release of compelling games through the first year to drum up maximum awareness in time for Christmas shoppers. And it has clearly worked.

Nintendo looks like a well-oiled machine right now, and we're just in the first year of Switch sales. There are currently over 7 million Switch owners worldwide, and that number should continue to grow with the overwhelming support from third-party game makers.

The ingredients to keep the momentum going

Switch has over 300 developers making games for the system, a great sign for the longevity of the console. All of the best-selling game consoles in history -- including Nintendo's early consoles, Sony's PlayStation 2 (PS2), and Microsoft's Xbox 360 -- had plenty of support from third-party game makers.

The best-selling console ever is the PS2, which launched in 2000 and sold 157.68 million units over its life cycle, according to VGChartz. Sony shipped 10.61 million units in the first year of  PS2 sales.

As for Switch, management says it expects Switch sales to reach 16 million by the end of Nintendo's fiscal year in March 2018. That puts Switch way ahead of PS2, and on pace to be the best-selling console ever.