It seems like the acquisition of another handbag maker was a step backward in the effort to become a global luxury fashion house.

By acquiring rival handbag maker Kate Spade for $2.4 billion last year, leather goods manufacturer Tapestry (TPR -0.35%) -- which was at the time known as Coach -- announced its intention to become a global luxury fashion house rather than a single brand.

While its attempt to transform itself into the next LVMH Moet Hennessy Louis Vuitton (NASDAQOTH: LVMHF) may have some value, the purchase was largely panned as too expensive for what it was receiving and the contribution Kate Spade was expected to make. The two quarters of results so far suggest the transition isn't going to be smooth, and there may well be more pain than gain in the immediate future. 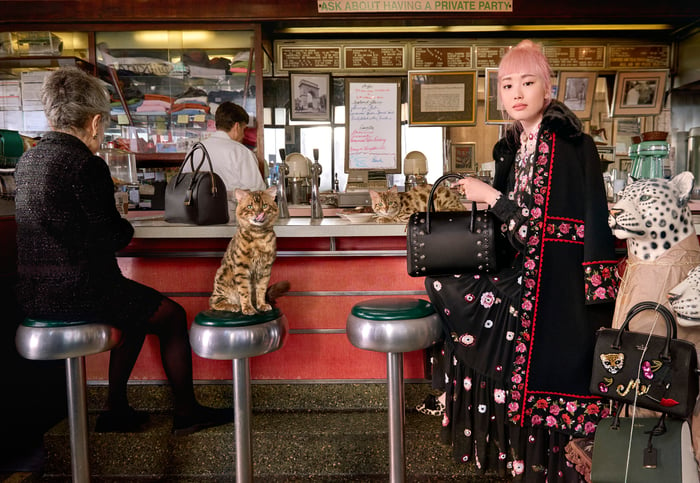 Ever since it acquired luxury shoe company Stuart Weitzman in early 2015, it's been clear Tapestry has grandiose plans for itself. No longer content to simply sell leather handbags, wallets, and key fobs to women with aspirations, it saw itself as having the potential to be a fashion house that appealed to millennials. Kate Spade, while no high fashion brand itself, was seen as the vehicle to kick-start that journey. There is a bit of irony, though, in the company choosing this handbag maker to continue its evolution.

Kate Spade had gorged itself on flash sales and department store placement, which gave it a decidedly middle-market cachet. That's not necessarily a bad thing, but Tapestry had its own bad experiences in that vein back when it was Coach. Eventually, in a bid to boost profitability, it was forced to dramatically limit discounting as well as restricting where its products were sold, closing outlet stores in large numbers, and pulling its handbags from department stores.

Those moves sent Coach into a tailspin for several years. and it's only relatively recently that the reborn Tapestry has stabilized its position. And now, it needs to embark on that same sort of turnaround with Kate Spade.

Not a flash in the pan

The fashion company has indicated it's willing to forgo revenue from Kate Spade by reducing its reliance upon flash sales and eliminating struggling department stores from the places where the bags are sold. Revenues from Kate Spade in Tapestry's fiscal first quarter, which ended in September, were only $269 million, which it attributed to "the strategic pullback in wholesale disposition and online flash." Global comparable sales also tumbled 9% and it reported a GAAP operating loss of $135 million, though on an adjusted basis it came in at $22 million.

The markets seem willing to give Tapestry the benefit of the doubt at the moment. While the shock of a similarly disappointing fiscal fourth quarter had  sent its stock price plunging in August, investors have warmed up to the strategy being employed, and shares have climbed around 14% since the last report in November, putting it within a few percentage points of the 52-week high it touched before it reported those first post-acquisition results.

Pulling on the string

Still, this stock trades well below the peak it reached back in 2012, and there's no guarantee Tapestry will succeed in its endeavor to become a global fashion brand powerhouse. Part of its strategy with Kate Spade is to essentially reintroduce it into Asia. Although it has a presence there now, Tapestry believes the brand is underrepresented in the region. But Asia, and especially China, are no longer the huge growth driver they once were.

Comps in China were down in the first quarter as Tapestry experienced weakness in Hong Kong and Macau, though it blamed some of the shortfall on the calendar change for the country's Mid-Autumn Festival, which it says reduced Chinese tourist flows.

Tapestry plans to open 20 to 25 new stores for Kate Spade globally during the coming year, and says investors should expect volatility in its earnings due to the acquisition.

Relying upon a single brand may not be as effective as it once was, so becoming a house of brands like LVMH has some merit. Yet it takes acquiring the right brands at the right price -- and in the case of Kate Spade, it's not clear yet that that is what Tapestry did. Considering the struggle it will have to wean the brand off the discounting model Coach once used, it may find the $2.4 billion it paid for the handbag maker was too much.