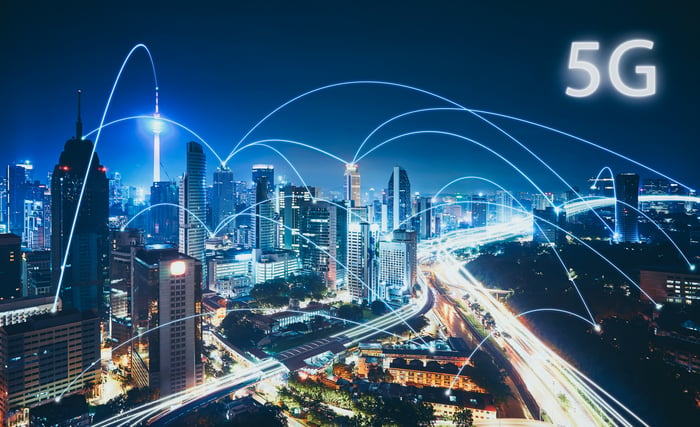 Here are some other notable events from the quarter:

"Verizon finished 2017 with great momentum, led by some of the best customer growth and loyalty results Verizon Wireless has delivered in recent years," CEO Lowell McAdam said in a statement. "In 2018 we look to drive long-term shareholder value by deploying next-generation network services, leveraging global platforms such as Oath, and using our strategic Humanability approach to turn innovative ideas into realities."

On the conference call, McAdam also added, "I can say unequivocally, there is nothing going on right now with us considering a large media play." After spending years and billions of dollars building its media business, Verizon is going to take it easy on the media acquisition front.

Like most companies, Verizon is expecting a significant benefit from the tax reform bill that was just passed, estimating that 2018 operating cash flow will get a boost of $3.5 billion to $4 billion as a result. The company says it plans on using the extra cash to strengthen its balance sheet. The tax savings should translate into a $0.55 to $0.65 increase in 2018 earnings per share, and Verizon's effective tax rate next year is expected to be in the range of 24% to 26%.

Capital expenditures for 2018 are forecast to be $17 billion to $17.8 billion, including the commercial launch of 5G. Verizon plans on rolling out 5G residential broadband in a handful of U.S. markets in the second half of the year, starting with Sacramento, California.