Google parent Alphabet (NASDAQ:GOOG) (NASDAQ:GOOGL) has just announced the latest public addition to its growing catalog of moonshots. Chronicle will be focused on cybersecurity, and it has been incubating within Alphabet's X "moonshot factory" for nearly two years. The company hopes to improve the speed and impact of cybersecurity by at least an order of magnitude.

Here's what Alphabet investors need to know about the latest addition to the family. 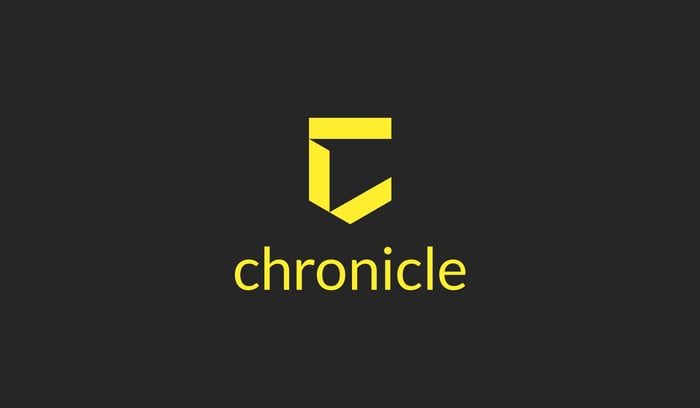 In a Medium post, Chronicle CEO Stephen Gillett points out that modern cybersecurity threats are "growing faster than security teams and budgets can keep up, and there's already a huge talent shortage." The amount of data that is created on a daily basis is nearly insurmountable, and many organizations are struggling to defend against hackers in the digital arms race. There are thousands of potential clues that are overlooked, according to Gillett, and Chronicle believes that it can help identify and scale these cybersecurity efforts, in part through automation and machine learning.

Google had previously acquired VirusTotal, an online virus and malware scanner, in 2012 for an undisclosed sum. VirusTotal will be folded into Chronicle, along with several cybersecurity and engineering veterans from Google's respective teams. The new company will also benefit by having access to the same cloud infrastructure, Google Cloud, that powers many third-party sites, apps, and services today.

X's "captain of moonshots," Astro Teller, argues in a separate Medium post that complacency has gripped the industry, which Teller calls the "yeah, yeah" problem. But such a dismissive approach to such a consequential challenge is incredibly dangerous, and Teller argues that companies need to be more proactive instead of reactive. Many companies are increasingly adopting a proactive approach to cybersecurity, but there's still plenty of work to be done.

"The real moonshot, which is still several years away, is predicting and deflecting cyber attacks before they infiltrate an organization's network," Teller writes. Chronicle hopes to provide what Teller describes as a type of digital immune system. It's worth noting that cloud infrastructure rival and market leader Amazon.com's Amazon Web Services (AWS) has also been improving its own proactive cybersecurity offerings for years, as have dedicated cybersecurity companies.

When Google reorganized under Alphabet in 2015, the goal was to provide greater autonomy and investor transparency for all of the moonshots that the company invests in, hence the "alpha bet" word play. Alpha should be a familiar term to all investors.

Currently, most investors recognize subsidiaries Nest (smart-home products) and Waymo (autonomous driving) as the most prominent brands within Alphabet's "other bets" segment. The segment continues to endure operating losses, which is par for the course for moonshots.

If I were a gambling man, I'd wager that Chronicle has pretty decent odds at making a dent in the cybersecurity market.