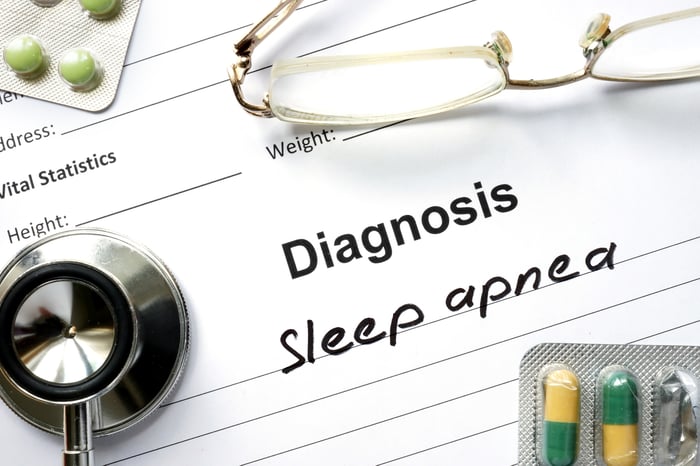 CEO Mick Farrell commented: "Our masks have performed well around the world, device sales are solid, and our cloud-based software continues to grow rapidly. Our operating excellence initiatives are achieving leverage in the business with more runway ahead."

Turning to reimbursement, CEO Farrel highlighted that France recently increased its reimbursement for telemonitoring of sleep devices. He believes that this will be a boon to the company's growth in the country, and he also affirmed that the company is in open dialogue with other governments in an effort to convince them to follow France's lead.

CFO Brett Sandercock spent a significant amount of time on the company's conference call discussing how the recent changes to the tax code in the U.S. and Australia are going to impact ResMed. Management estimates that the net result of all of those changes will lead to an effective tax rate in the range of 14% to 16%, which is much lower than its prior estimate of 22%.

Looking beyond the tax changes, Farrell reaffirmed his belief that the company's new products and software solutions position the company well for continued success, stating, "We are positioning the company for long-term top and bottom line growth for 2020 as we continue to execute on our strategy and action, implement operating excellence initiatives and lead the med tech field to unlock value with connected health as well as digital health solutions."