Verizon, Amazon.com, and Skyworks Solutions are poised for gains thanks to the rapid growth of the IoT market.

The Internet of Things, where formerly unconnected things are connected to the Internet, is growing fast: By 2020, it's estimated there will be 20 billion IoT devices. Already, telecom companies are building Internet of Things networks that are designed specifically to bring low-power devices online, virtual assistants are helping to connect IoT devices to each other, and growing industries like driverless cars rely on small IoT companies to make their plans into reality.

Worldwide spending on IoT is forecast to reach $1.4 trillion by 2021, according to IDC, and Verizon Communications (VZ -0.52%), Amazon.com (AMZN 0.48%), and Skyworks Solutions (SWKS -0.16%) are already making big moves in this space -- and setting themselves up to benefit for years to come. 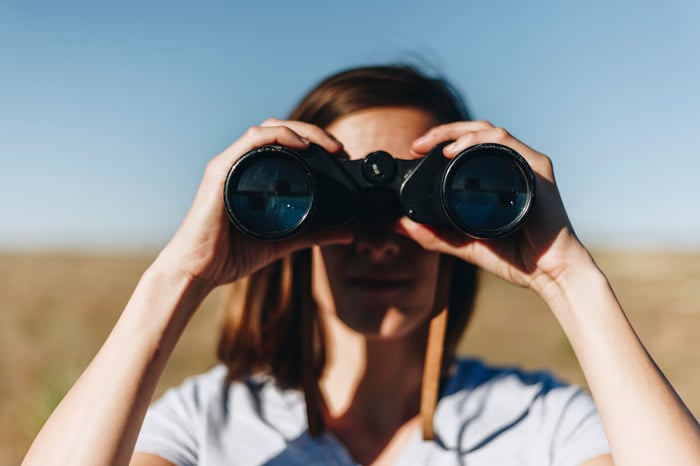 Given Verizon's position as the nation's leading wireless service provider, investors should take note of its moves to expand its Internet of Things footprint.

The company has made a handful of IoT acquisitions over the past several years, including Telogiz and Fleetmatics. These have helped Verizon boost its telematics business (connecting cars and fleets to the Internet), which brought in $220 million in the third quarter and grew 13% year over year.

That's not a lot of revenue compared the company's other businesses, but the telematics market is expected to grow into an $18.4 billion industry by 2022, and Verizon has an early lead.

Other ways Verizon is expanding its IoT presence are with its LTE Cat-M1 network -- which is specifically designed for IoT devices -- and the development of its 5G network. The LTE Cat-M1 network was the first of kind to launch in U.S. last year, and it gives the company the option to sell cellular connectivity for low-power, low-bandwidth devices, from water meters to wearable tech devices for consumers.

Verizon is also conducting more tests of its 5G wireless network, which will eventually be used to connect more IoT devices, and could be used for vehicle telematics as well. Verizon will launch its 5G network in select cities this year, which will give it a head start in this space.

The IoT cloud and device play

While Amazon is often thought of as an e-commerce company, it's also making huge moves in IoT as well. Take, for instance, its Echo devices, powered by the Alexa voice assistant. These not only field questions and fulfill commands from users; they also can connect to IoT devices like smart thermostats, sprinklers, and lights, acting as a hub for all connected devices in the home.

Echo devices account for about 70% of the smart speaker market right now, and there's plenty of evidence indicating that 2018 will bring even more growth for sales of these devices. That's great news for Amazon; RBC Capital is already estimating that Echo devices could add $10 billion to Amazon's top line by 2020.

But the company isn't focusing all of its IoT attention on smart speakers. Amazon Web Services -- its cloud computing segment -- is on the forefront of this market as well. As more companies look to cloud computing to host their IoT data analytics, Amazon should benefit. It has already released IoT services on AWS and Amazon is already a cloud computing leader with 40% of the market.

Skyworks is a chipmaker that formerly focused on selling its components primarily to large mobile device manufacturers like Apple and Samsung. But the company is expanding into Internet of Things chips as well, and now creates components that connect cars to the Internet.

The company is banking on the fact that more semi-autonomous driving capabilities are being added to vehicles, and that automakers and tech companies will rely on wireless connections to update the software that controls them. (Tesla, for example, already sends over-the-air updates to its vehicles). Skyworks earns about 26% of its top line from its non-mobile revenue segment, and grew its sales by 22% year over year in the most recent quarter. Its IoT chips can already be found in Amazon's Echos, Hyundai's connected vehicles, and smart-home lighting technology by Cisco Systems.

[T]here's definitely a big change in this industry, it's cloud-to-client, it's driverless cars, it's IoT, it's 5G smartphones. There's no question that the opportunity in those markets is unmatched. I don't see anything else in semiconductors that would -- quite frankly, that will compare to it.

Skyworks has already proven that it can be a key supplier for major technology and automotive companies, which should put the company in a great position as more IoT devices and connected vehicles hit the market.

While all of the companies listed above are likely to benefit from the Internet of Things' expansion, investors should understand that they need to play the long game in this space. Verizon will likely roll out its 5G network slowly, and its telematics business will take time to grow. Skyworks is earning significant revenue from its IoT pursuits, but it still relies mostly on its chips sales for mobile devices. Additionally, Amazon is moving fast with its IoT devices and AWS IoT services, but its other AWS services provide the majority of the company's profits.

In short, investors should be patient with these companies as they build out their Internet of Things businesses. But keep in mind that as more devices come online, these companies are poised to grow.