Give some credit to Procter & Gamble (NYSE:PG) for advancing on the path toward growth, however tenuous. The consumer goods conglomerate's fiscal second quarter 2018 earnings, released Tuesday, displayed progress on the top line as revenue expanded 3% versus the prior year quarter. Additionally, organic revenue (reported revenue adjusted for currency translation, acquisitions, and divestitures) also improved by 3%.

This growth came at a cost, however. P&G achieved its primarily through volume increases enabled by discounting and promotions. Each of the company's five segments -- beauty, grooming, health care, fabric and home care, and baby, feminine, and family care -- posted flat or lower pricing for the quarter.

P&G's price cutting moves were felt throughout the industry. In an interview on Tuesday, Kimberly Clark (NYSE:KMB) CEO Thomas Falk blamed at least part of his company's profit decline on P&G's discounting efforts.

Procter & Gamble was most aggressive within its grooming segment, in which a volume increase of one percentage point was won by four percentage points of pricing decline. The organization effectively incentivized customers to buy Gillette razor products in an attempt to win back some market share lost to competitor Unilever's (NYSE:UL) Dollar Shave Club, and privately held Harry's Razors.

Gross margin was also impacted by rising commodity costs. While gross margin decreased only 60 basis points year over year, CFO Jon Moeller noted in the earnings call that commodity trends have exceeded P&G's forecasting, and prices for several chemical compounds used in its products and packaging have been driven up due to higher crude oil prices. It's possible that commodities could take a more meaningful slice out of profit margins in the coming quarters. 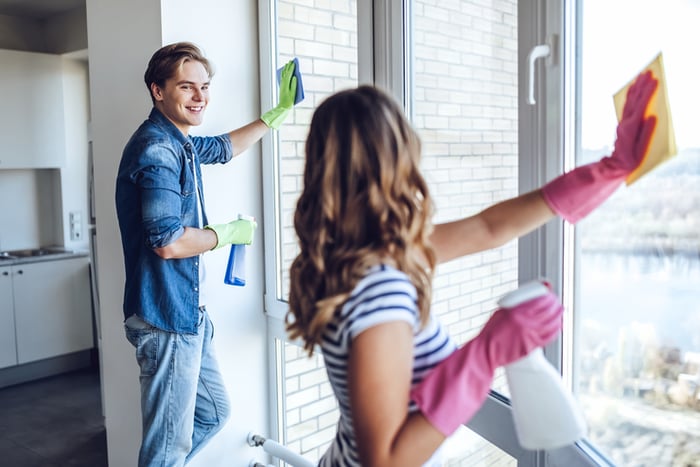 The company hopes to counterbalance its pricing investments, and more generally support gross margin, with the introduction and extension of premium products within its brand families. On the earnings call, CFO Moeller pointed to plant and renewable ingredients-based Tide Purclean as an example of a higher margin product that P&G hopes to scale, while still retaining core market share in standard Tide formulations. Moeller pointed out that Tide Purclean's sales growth is outpacing the laundry detergent industry segment's growth by 50%.

Progress, but little momentum in sight

The strategy of competitive pricing coupled with premium product introduction is a credible one, but it won't swiftly lift P&G's fortunes. Growth in the consumer packaged goods industry is currently propelled by small independent brands -- the very Harry's Razors of the world that P&G is trying to fend off through its product discounts.

The company gave a very slight nod to this industry shift when it acquired San Francisco-based natural deodorant manufacturer Native Deodorant for $100 million in cash in November. But management has been understandably reluctant to jump back into the M&A flow forcefully, after spending the last three years in trimming P&G's 170 brands down to 65, turning it into a streamlined business focused on "daily use products." 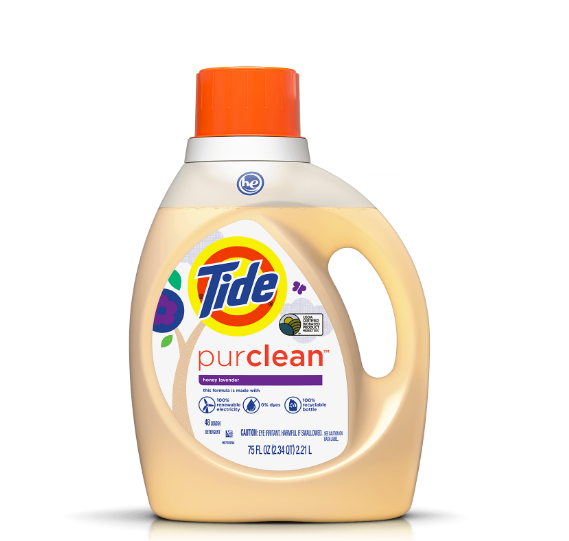 So far, P&G has chosen to develop rather than to acquire premium, sustainability-focused products. Image source: Procter & Gamble Co.

Contrast that with the strategy of global rival Unilever, which over the same period assembled a portfolio of 22 new businesses through acquisition. These companies, which Unilever refers to as "fast-growing, purpose-led" organizations, focus primarily on sustainable, socially conscious products. Not coincidentally, such products generate higher margins and are less price-sensitive than their conventional counterparts.

By my count, Unilever has put close to 9 billion euros in capital to work to build this portfolio. The company recently told analysts that its acquisition portfolio generated a return of 16% in the first nine months of 2017.

It's worth paying attention to Unilever's strategy. If you exclude its margarine-intensive spreads business, which is being sold to investment firm KKR & Co. (NYSE: KKR) this year, Unilever can also boast of 3% organic sales growth in its most recent reporting period. But unlike P&G, both Unilever's volume and price trends were positive during the quarter, and this higher-quality growth is partly the result of its relentless push into cleaner label, higher value products obtained through acquisitions.

A potential jump-start this spring?

Procter & Gamble's leaner stable of brands makes overall revenue more responsive to the effects of price cutting. But higher growth coupled with deteriorating margins won't enthuse investors for long. I've argued that activist investor Nelson Peltz, who assumes his place on P&G's board on March 1, understands the urgency of having an acquisition mindset in the current CPG climate.

I'll wager that Mr. Peltz is likely to push P&G to improve revenue and margins via bolt-on acquisitions, much in the mold of Unilever. Without a catalyst, Procter & Gamble's fortunes -- and its stock price -- still face an arduous path.