Shares of Vuzix (NASDAQ:VUZI)  were down 9.7% as of 1:45 p.m. EST Thursday after the smart glasses and augmented reality specialist announced a large stock offering.

More specifically, Vuzix has entered into agreements with institutional investors to sell 3,000,000 shares of common stock at a price of $10.00 per share -- based above its closing price on Jan. 23, 2018, and good for gross proceeds of $30 million before commissions and expenses -- as well as warrants (exercisable after one year) to purchase another 1.2 million shares at the same price. 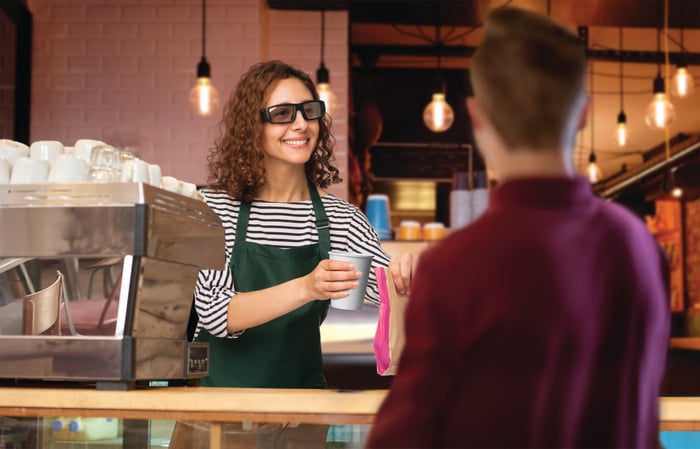 Keep in mind that shares of Vuzix popped earlier this week following both the successful completion of a pilot program with a large retail customer and a new program to meet "accelerating demand" for its customers to receive access to its new Blade Smart Glasses hardware.

However, as I pointed out during that pop, Vuzix remains in the early stages of scaling its business, and still hasn't achieved sustained profitability. So it's no surprise that the company says the net proceeds of this offering will be used for both general working capital and corporate purposes, including expanding its product line and facilitating the commercial launch of Blade Smart Glasses.

"This financing significantly improves Vuzix' balance sheet," stated Vuzix CEO Paul Travers, "and helps ensure that the Company has sufficient operating capital to execute on its aggressive business plans while also putting Vuzix in a stronger position to effectively negotiate and conclude discussions with potential licensing and strategic partners.

Travers went on to note that the initial responses to Vuzix Blade and growing deployments for its "workhorse" M300 line have been "overwhelming."

"As a result," he added, "we felt that it would be prudent to strengthen our balance sheet."

That seems to be a fair -- if opportunistic -- move. After all, it's an enviable problem having to deal with a faster-than-expected acceleration in the business. But with the gross proceeds representing more than 11% of the company's market cap as of yesterday's close, it's also a hefty chunk of dilution for existing shareholders. So with the stock closing yesterday at $10.80 per share, it makes sense that Vuzix stock would plunge today in response.