Enterprise analytics and mobility software specialist MicroStrategy Incorporated (NASDAQ:MSTR) reported its fourth-quarter 2017 results on Jan. 25. The company saw its top line shrink by 1.4% and its net income fall by nearly 49%, both on a year-over-year basis. Part of the income drop was due to a one-time tax charge, which the company will pay out over the next eight years. 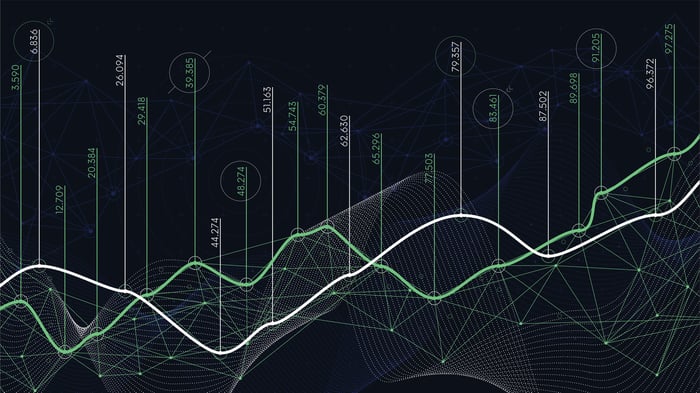 Management has continued to express its optimism about the company's potential, primarily by addressing new investments in its sales workforce and its marketing. That continued to be the theme on the fourth-quarter earnings call, when CEO Michael Saylor said:

As we look forward through 2018, 2019 and 2020, it's clear to me that we need to invest in a very thoughtful fashion if we're going to grow the business. And we're focused upon investments in three areas: our sales and marketing programs, our services programs, and our technology programs. We've got really exciting plans in all three of these areas.

MicroStrategy didn't offer any specific guidance on what it expects in the first quarter of 2018, but the company's CFO, Phong Le, did say that 2018 is "strongly about our ability to execute in our investment plans across sales and marketing," as well as through growing its technology offerings and its customers.

He added that management is "optimistic" about seeing sales from its product license segment grow but added that they're "uncertain about the exact timing of this."