Pricing power is the "single most important decision in evaluating a business," said legendary investor Warren Buffett in 2010. After all, if a company can raise its prices without losing customers, it's probably built to last.

However, the market is also filled with companies that overestimated their  pricing power. Let's take a look at three recent examples -- GoPro (NASDAQ:GPRO), Fitbit (NYSE:FIT), and Under Armour (NYSE:UA) (NYSE:UAA). 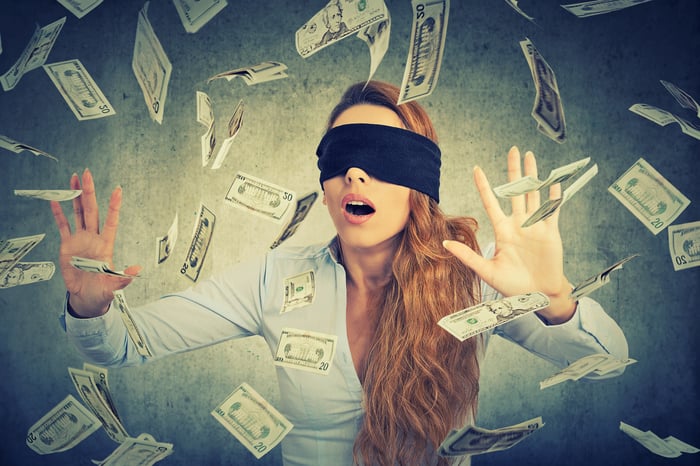 In 2014, GoPro went public amid feverish demand for its compact action cameras. Its stock nearly quadrupled from its IPO price to the high $80s later that year. Unfortunately, the bulls overlooked three key issues: the action camera market was a niche one and most people were fine with the camera on their smartphone, the technology could easily be replicated, and GoPro owners weren't likely to buy new cameras unless their old ones broke.

GoPro brushed off those concerns, claiming that its brand appeal -- bolstered by its strong following on YouTube and other social networks -- would shield it from cheaper competitors. That misguided strategy resulted in the disastrous launch of the Hero 4 Session, an ice-cube sized camera that initially cost $400, in 2015.

GoPro eventually slashed the price twice -- first to $300, then to $200 -- before buyers bit. It wouldn't be the last time GoPro slashed its prices. Earlier this year, it reduced the price of its flagship Hero 6 Black camera from $500 to $400, just a few months after its launch.

Here's what GoPro's loss of pricing power did to its gross margin over the past three years. 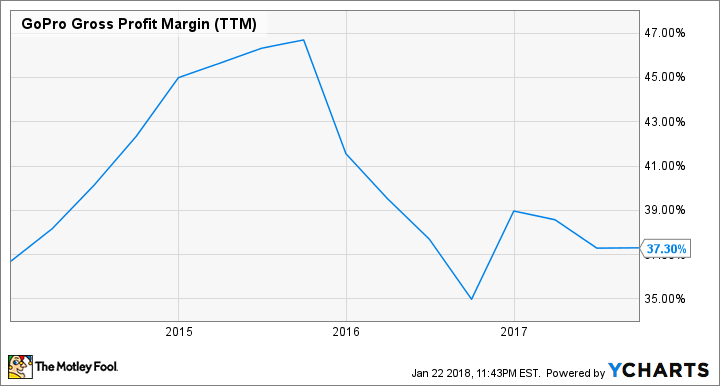 Like GoPro, fitness tracker maker Fitbit had a first mover's advantage in a growing niche market. It also enjoyed a healthy market debut, with its stock price doubling in its first few weeks on the market. But the bulls once again missed the red flags. Analyst estimates for the wearables market were too optimistic, the devices were easily replicated, and full-featured smartwatches loomed on the horizon.

In the low-end market, Xiaomi's Mi Band, which initially cost just $15, made Fitbit's $100 Flex look horribly overpriced. Xiaomi's follow-up, the Mi Band 2, cost about $25 and added a heart rate monitor and LCD screen, both of which the $60 Flex 2 still lacked.

In the high-end market, Fitbit lost ground to the Apple Watch, a device that commanded the pricing power Fitbit lacked. Between the third quarters of 2016 and 2017, Fitbit's share of the global wearables market plunged from 21.9% to 13.7%, according to IDC.

Every Fitbit model -- including the new Ionic smartwatch -- received a discount on Amazon during the recent holiday season, indicating that the brand no longer commanded pricing power. Here's what happened to Fitbit's gross margins as that meltdown happened. 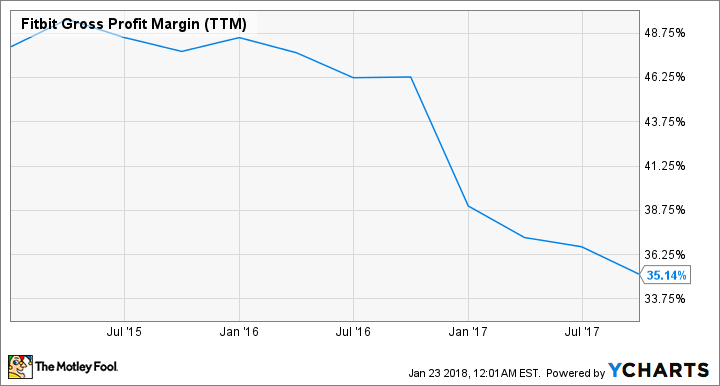 Under Armour lost its luster for three reasons -- Adidas mounted a roaring comeback in North America, Nike turned up the marketing heat, and a series of poorly received shoe designs and PR blunders tarnished its premium reputation. To make matters worse, the bankruptcy of retailer Sports Authority in 2016 flooded the North American market with excess inventory.

Under Armour responded with a scattershot strategy across multiple price tiers, which included the "premiumization" of certain brands (like the Curry or Project Rock Delta shoes) while signing deals with lower-end retailers like Kohl's and DSW.

But for that strategy to work, UA needed the pricing power of Nike or Adidas. Unfortunately, the company's slumping revenue growth and declining gross margins indicate it simply doesn't have that. 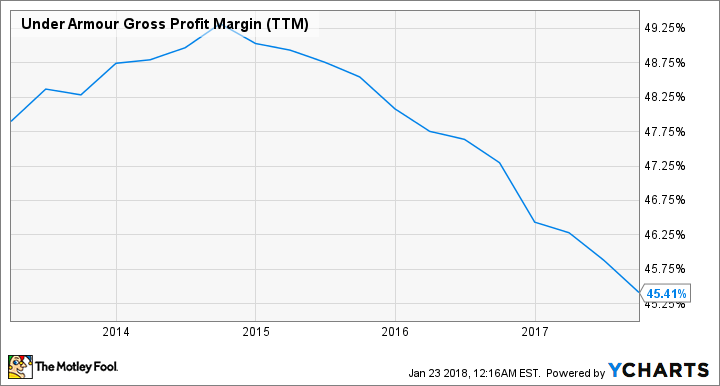 If a company lacks pricing power, its gross margins will likely decline as it tries to drive sales growth with steeper discounts. That's precisely what happened to GoPro, Fitbit, and Under Armour, and it tells us why pricing power remains a key factor in choosing the right stock.