GoPro's (NASDAQ:GPRO) stock plummeted in early January after the action camera maker reduced its fourth quarter sales forecast, lowered the price of its flagship Hero 6 Black camera, and exited the drone business. The death of GoPro's drone business was particularly devastating since it was seemingly the company's best chance to pivot away from the saturated action camera market.

It was also surprising. GoPro claimed during last quarter's conference call that the Karma was the second best selling drone in the US priced above $1,000, and that it controlled 24% of that market. CEO Nick Woodman also called the Karma "a terrific platform" and declared that GoPro would further its capabilities with "next-generation drone offerings."

However, those optimistic announcements came in early November, before the holiday shopping season started. Now it seems like desperate Black Friday deals -- which bundled the Hero 6 Black and Karma together for $999 (a $200 discount) -- still couldn't attract enough buyers. So how did things go so wrong for the Karma? Let's take a look at the top four reasons.

1. Entering the market too late

The drone market was already dominated by Chinese company DJI Innovations, which launched its first line of Phantom drones in 2013. The earlier Phantom drones included mounts for GoPro cameras, but DJI started installing its own cameras -- which could be remotely controlled -- starting with the Phantom 2 Vision+ in 2014.

GoPro realized that move would cut it out of the lucrative drone market. In 2014, it tried to convince DJI to develop a GoPro-branded drone, but those talks fizzled out. It then partnered with DJI's smaller rival 3D Robotics, but 3DR couldn't deliver the drone on time. GoPro finally took over the entire development process in mid-2015, shortly after DJI launched the Phantom 3 and put 3DR out of business.

2. Rushing the Karma to market

After two attempts to get experienced drone makers to do its bidding, GoPro found itself in a tough position. Its revenue growth was slowing due to peaking demand for action cameras, and it needed to launch a drone soon to keep consumers and investors interested.

GoPro announced the Karma in late 2015, and initially claimed that it would be launched in early 2016. But in May 2016 GoPro delayed its launch until the holiday season. When the Karma finally arrived in late October it was immediately plagued by power failure issues, which prompted a recall and relaunch the following February.

Those problems indicated that GoPro underestimated the difficulty of producing a drone, then rushed the Karma to market before it was properly tested. For comparison, DJI was founded in 2006 but didn't start producing passable drones until 2011. 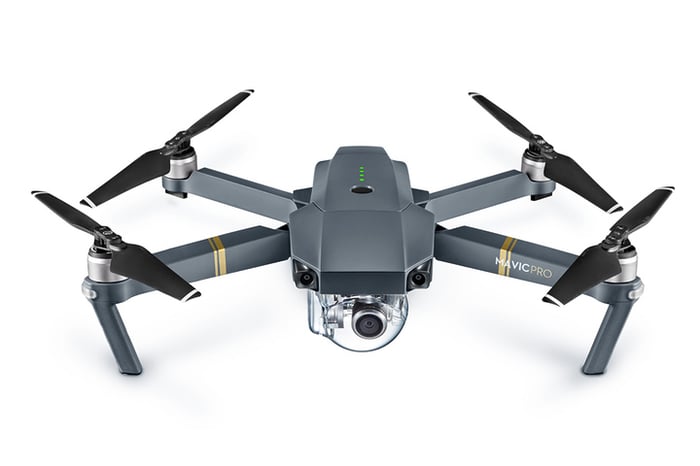 DJI followed up the Mavic Pro with the Spark, a soda-can sized drone which could be launched from a user's hand, automatically avoided obstacles, and followed the user.

To top it off, Apple (NASDAQ:AAPL) showcased DJI's drones at hundreds of its retail stores, and let DJI employees offer customers hands-on drone training sessions in their stores. That partnership seemed like a natural fit, since DJI and Apple cater to a similar demographic of affluent tech enthusiasts. GoPro, however, didn't secure any comparably impressive retail partnerships.

GoPro designed the Karma as a backwards-compatible accessory for its Hero cameras. Since the camera was mounted onto the Karma instead of being built into the drone, it could only move down and up. The Mavic Pro's built-in camera, however, offered a full range of motion -- including the ability to pitch and roll.

GoPro's insistence on making the Karma an accessory also limited its market to new or existing Hero owners, instead of consumers who simply wanted an aerial photography drone. GoPro then overestimated its own brand strength by pricing the Karma (with the controller but without the camera) at $799, $50 more than the Mavic Pro (sans its optional controller).

GoPro's development, launch, and pricing of the Karma is symptomatic of the company's ongoing execution issues. We saw this with the badly priced Hero 4 Session in 2015, its decision to launch (then kill) cheaper cameras, and its late entry into the 360-degree camera market with the Fusion. Therefore, it's no wonder that the Karma crashed and burned investors.