At first glance, 2017 was a mediocre year for initial public offerings (IPOs). While it's true the number of public offerings with market capitalizations greater than $50 million increased 52% from the prior year (160), that was mostly due to a particularly poor 2016. Excluding the prior year, 2012 is the last year with fewer IPOs.

And as my colleague Rich Duprey noted, four of the five biggest IPOs last year bombed once they hit the public markets. Most notably, Snap Inc., the highest-profile offering in 2017, has continued to struggle amid slowing user growth.

Still, there were reasons for investors to consider last year's IPO market a success: The Renaissance U.S. IPO Index rose 36% during the year, higher than the S&P 500's return of 22% as smaller offerings stepped in to make up for their large counterpart's stumbles.

In 2017, a little-known retail company stole the show, with the stock up about 150% from its IPO price to its closing price at the end of the year. Can it continue? 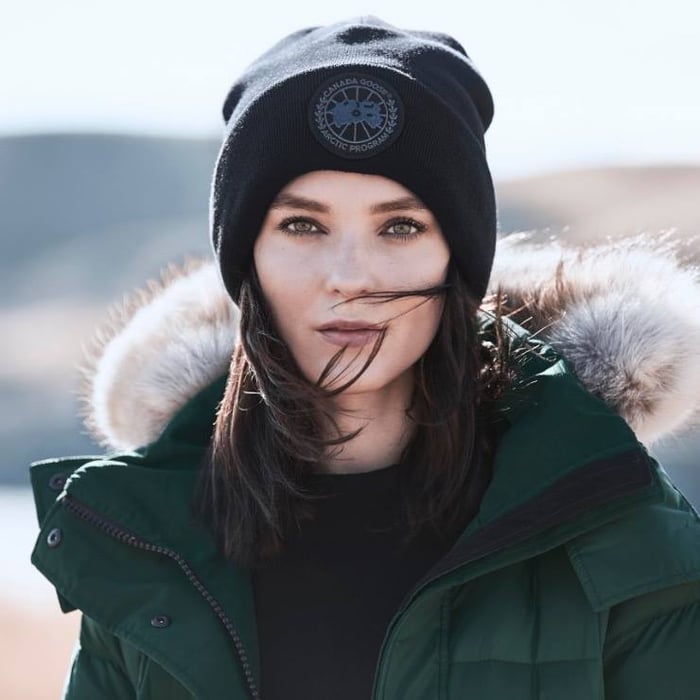 Who would have thought coats would be so profitable?

Canada Goose (NYSE:GOOS) has had an amazing post-IPO run. Shares of the luxury coat maker have been on a tear since their March IPO. The company filed a dual listing on the NYSE and Toronto Stock Exchange, which was priced at $12.78 ($17 Canadian). Since its IPO, shares of Canada Goose have advanced about 150%, trading hands at the time of this writing at $32 per share.

Through the first six months of fiscal year 2018 (the months of April-September 2017), Canada Goose expanded its top line by 40% over the prior-year period. Because Canada Goose's product, coats, are heavily affected by seasonality, the second and third quarters of its fiscal year are particularly important as they comprise nearly 80% of the company's annual revenue haul. In the recently reported second quarter, the company grew revenue by 35% (including currency effects) and EPS by 75% over the prior-year period.

Direct-to-consumer is a strong driver of returns

Canada Goose has room for growth. When it filed for its IPO, the company disclosed its brand awareness was only 16% in the United States, as compared to 76% in Canada, which portends more sales as American consumers become more familiar with the company. Although brand recognition is increasing, it's likely to still have further room for growth as Canada Goose relies more on word-of-mouth advertising than on splashy, nationwide campaigns.

The second driver for Canada Goose is the company's push to increase sales from its direct-to-consumer (DTC) channel. In fact, a major reason for the IPO was to secure cash to grow the direct-to-consumer channel, most notably building out the company's single-brand "flagship" stores. Canada Goose appeared to be working on both brand recognition and DTC growth by building a store in Boston and a store in Chicago, to complement its existing New York location.

On one front, Canada Goose is succeeding: Revenue attributable to DTC  increased by 322% year-over-year through the first two quarters of fiscal year 2018. During this time the company expanded gross margins by 4 percentage points, to 50.4%, as higher-margin direct-to-consumer revenue is growing faster than wholesale.

One small concern for Canada Goose is the relative underperformance in the United States. Although the company is spending significant money to build new flagships (currently, three of its seven stores are in the U.S) and increase brand awareness in the country, year-over-year sales only increased 21% in the country.

Although it's prudent to note both new U.S. locations opened after the reporting period and Canada Goose does not report revenue attributable to DTC versus wholesale on a geographical basis, it's odd to see underperformance -- whether DTC or wholesale -- occur in a market of emphasis. Investors should pay attention not just to total growth, but also to geographical distribution as this richly valued company (trailing P/E of 114) will need to continue to grow at a rapid pace.