YouTube by its own admission spent 2017 putting out a lot of fires with ads showing up on inappropriate videos, and it's beefing up its monetization standards to win back the trust of its advertisers. Alphabet's (NASDAQ:GOOG) (NASDAQ:GOOGL) popular video-sharing site announced last week that come Feb. 20 it will boot all content creators with less than 1,000 subscribers or generating less than 4,000 hours of annual views from the YouTube Partners program.

The purge is going to be controversial, and not just because it's upending a percolating cottage industry for countless vloggers and clip creators. There's no denying that there are deficiencies in Alphabet's monetization strategy with YouTube, but it seems as if cutting out the small fries won't eradicate the problem. YouTube's ad business has come under attack because some of its larger partners with millions of subscribers have gone too far with videos showing everything from child abuse to an apparent dead body at a Japanese suicide forest. It was those ad-saddled clips from YouTube heavyweights that sent sponsors reeling, and taking it out on some upstart vlogger or budding sketch comedy troupe doesn't make a lot of sense. 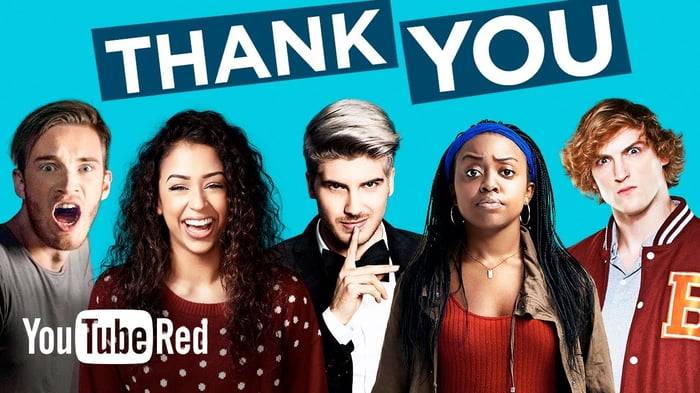 Everybody wants to be a star

Alphabet's monetization challenges at YouTube aren't new. Slapping ads on user-created clips will always be an inexact science. However, with YouTube's popularity continuing to soar -- we're up to more than 1.5 billion users spending an average 60 minutes a day on mobile -- it's only natural to fine tune the process.

The rub here is that Alphabet isn't merely grandfathering in existing partners and imposing higher traffic standards on new applicants. YouTube is booting an undisclosed number of advocates from the program, turning hungry ambassadors into displaced ranters.

YouTube argues that it has to do this to boot bad actors from the community that sometimes cross the line or upload content that isn't theirs, but it's also saying that 99% of the partners being booted generated less than $100 over the past year. This is an important distinction because YouTube uses Google AdSense to compensate its partners, and that platform doesn't cut a check until a publisher has at least $100 in earnings. In short, most of the people getting kicked off the program have gone more than a year without a check. This doesn't sound like the pool of content creators trying to pass viral videos as their own to generate a ton of views and ad impressions, and even if it were the case, Alphabet would have more than a year to call out the improprieties and never have to cut a check.

One can argue that I'm biased. I'm on the wrong side of the YouTube Partner purge despite being in the program for nearly a decade. I have more than enough subscribers but fall short on the new viewing time benchmark. I generated more than $100 in ad revenue last year, so I guess that makes me a one percenter.

This still seems like a bad business decision. YouTube is a big business, and the number of creators generating six figures in revenue has soared 40% over the past year. The problem is that few of them became overnight success stories. You start small. You work your way up. Shutting off the partnership program until late in the popularity cycle is going to turn off a lot of potential contributors. This is going to open the door for other social media sites and video-sharing outlets to introduce monetization solutions for mainstream users, and it's not going to stop the next YouTube celebrity from doing something ill advised to leave marketers revisiting brand safety issues again. Chaos among upstart hungry creators will be a dinner bell somewhere else.

YouTube is throwing out the babies, but it's keeping the bathwater.