That's certainly true for Rollins Inc. (NYSE:ROL). The parent company of Orkin and other pest-control brands is a bug slayer extraordinaire. And with fears surrounding insect-borne diseases mounting, Rollins is enjoying solid increases in sales and profits.

Rollins' strong operating performance has helped it deliver market-crushing returns to shareholders over the past decade. Yet far more gains may lie ahead. In fact, here are three reasons Rollins' stock price can continue to rise in the coming years. 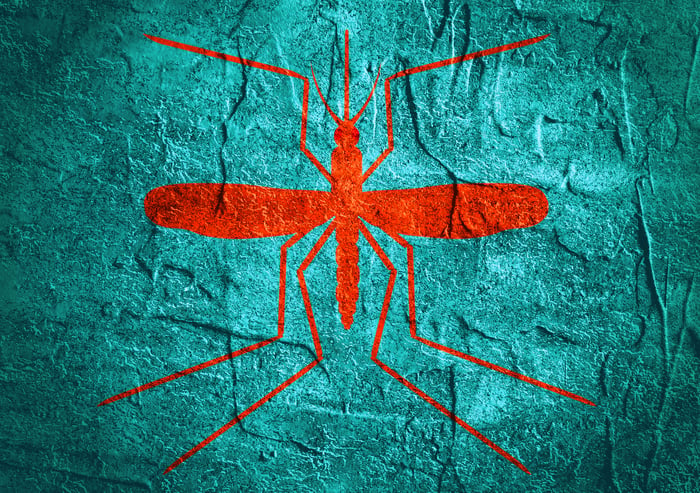 Bugs can spread a wide range of nasty illnesses. Every year, millions of people contract diseases that insects transmit,  which can result in debilitation, disfigurement, and even death.

Recent outbreaks of insect-borne diseases such as Zika virus have served to heighten fears of these dangerous health risks. During the company's first-quarter earnings call, CEO Gary Rollins highlighted the increasingly important need for Rollins' services:

CNN released their study recognizing that the world is at more of a risk than ever of a global pandemic. And while I'm not an alarmist, this material reinforces the importance of the services we provide both to our customers as well as the public at large. According to CNN's material, more than 28,000 people were infected with the Ebola epidemic during 2014 through 2016, with over 11,000 deaths. And as of March 10 this year, 84 countries have reported Zika transmission. This disease was discovered in the 1940s but had its first outbreak in 2007 in Micronesia and really began spreading toward the end of 2015. As ... one of the largest providers of residential mosquito service, we feel that we have an important role in protecting and educating the public concerning this pest.

The growing health threat from insects and other pests is likely to boost demand for Rollins' services for the foreseeable future.

Recent research indicates that there's been an increase in intense hurricane activity in the North Atlantic since the 1970s. This trend is expected to continue; scientists predict that there will probably be more intense hurricanes with higher wind speeds and greater precipitation as a result of global warming. While this news should be disconcerting for the millions of people who live in areas exposed to hurricanes, Rollins is likely to benefit from the increase in intense storm activity.

In the aftermath of hurricanes Harvey and Irma, COO John Wilson had this to say on the topic during the company's third-quarter earnings call:

Most of our locations in Texas, Florida, and other areas in the Southeast are back up and running normally. All of these locations are finding other ways to support customers based on what their particular needs may be. In some cases, we are providing moisture remediation services to homes with serious flood damage. For others, we will be reapplying termite protective barriers due to flooding. And for many others, we're providing mosquito services in the areas primarily where standing water exists.

Many of you have asked about the impact of severe weather on pest population as we move forward in time. Coincidently, we recently had a meeting with Dr. Eric Benson, professor of entomology at Clemson University, who is renowned for his study of ants. Dr. Benson shared that following Hurricane Hugo in 1989, there was a significant increase later in the ant population. He surmised that their breeding was enhanced due to trees that have come down across the state.

Additionally, many other pests have new moisture-laden areas that create prime environments for pest population expansion.

Finally, our Critter Control and crew tech people advised that when areas are severely storm-disrupted, the natural wildlife often are forced to move to different areas, which sometimes include where people live and work.

Acquisitions are also helping to fuel Rollins' growth. The company's balance sheet strength -- which includes more than $100 million in cash and no long-term debt  -- combined with its bountiful free cash flow production allow Rollins to consistently scoop up smaller players in the highly fragmented pest-control industry.

Moreover, management has proved adept at allocating shareholder capital, as evidenced by Rollins' greater than 30% average return on equity  over the past half-decade. The company excels at successfully integrating acquisitions, boosting their sales and profits in the process.

As such, investors should expect Rollins to remain on the hunt for more value-creating acquisitions.