There aren't too many stocks hitting fresh all-time highs at the close of last week, but when it comes to Netflix (NASDAQ:NFLX), the dot-com darling can't seem to do any wrong these days. Shares of the leading premium streaming specialist soared 24.6% for the week. It closed at a new all-time high of $274.60.

Netflix stock rallied after the company posted blowout quarterly results after Monday's market close, but the rally wasn't limited to Tuesday's positive market reaction. Netflix shares have now risen for seven consecutive trading days, and Tuesday's post-earnings gain -- smack-dab in the middle of the current winning streak -- accounts for less than two-fifths of the stock's 26.2% return in that time. 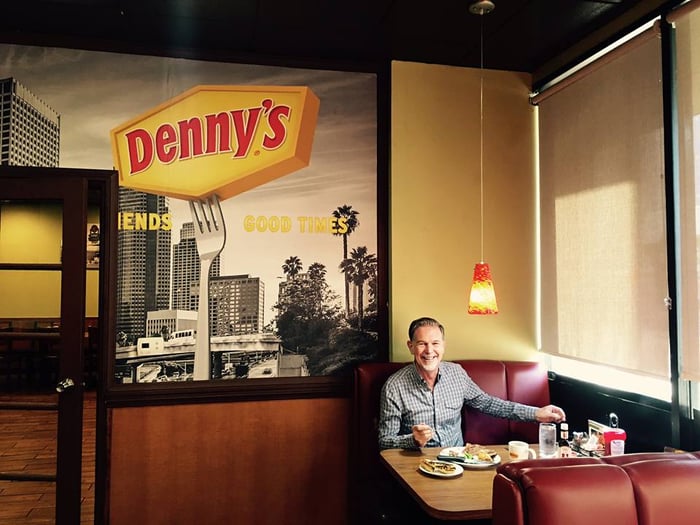 Fans of big, round milestones will remember last week as the time when Netflix broke through the $100 billion market-cap ceiling, but there is a lot to like about Netflix's monster quarter. Netflix merely met its earnings target and landed slightly ahead of its revenue goal, but it's the growing audience that really got investors excited.

Netflix closed out the year with 8.33 million more subscribers than it had at the beginning of October, a record haul for any three-month period. Looking out to the current quarter, Netflix's revenue, income, and subscriber guidance is well ahead of where analysts were parked. The nearly 40% year-over-year growth in revenue it's modeling for the first quarter would be its strongest top-line showing in more than six years.

Several analysts jacked up their price targets on Netflix stock following its lights-out performance. There were no upgrades -- most of the Wall Street pros covering the stock are already bullish -- but there was one downgrade.

Matthew Harrigan at Buckingham downgraded the stock to "neutral" following the initial pop. He has concerns about Netflix's valuation and its cash burn. As great as the report was, Netflix did brace investors to expect at least $3 billion in negative free cash flow for all of 2018 as it ramps up its spending on content, marketing, and research and development.

No rally lasts forever, and it wouldn't be a surprise if the stock gives back some of last week's gains in the coming days. But the long-term outlook is bullish. Netflix continues to pad its market lead, and one can argue that it will be hard for any other rival to catch up. Harrigan's valuation concerns may be valid, but Netflix continues to defy the size of the addressable market and what folks are willing to pay. It's hard to be against that kind of momentum.