E-commerce veteran and cloud computing giant Amazon.com, Inc. (NASDAQ:AMZN) is set to report earnings this week. The fourth-quarter report, due after Thursday's closing bell, will cover the all-important holiday shopping season of 2017.

Here are three things Amazon investors will be paying close attention to in this report.

Amazon's fourth quarter: By the numbers

Most of the headlines for this report will focus on Amazon's top- and bottom-line results. Here's where Amazon's management and Wall Street analysts expect these numbers to land:

So management and analysts alike expect revenue growth of more than 30%. If all of these projections are on target, bottom-line profits could soar 20% higher while operating income takes a 23% haircut.

Amazon doesn't like to set terribly strict limits on its guidance figures. This time, year-over-year revenue growth could land anywhere between 28% and 38% and operating profits could dip as low as $300 million or skyrocket to $1.65 billion, all without leaving their original guidance ranges. 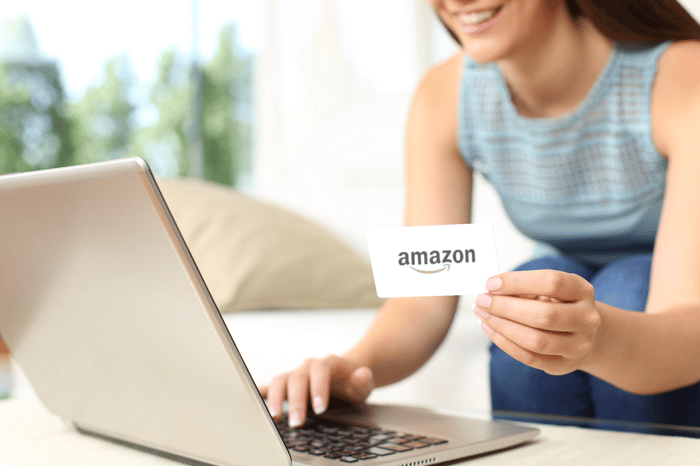 Image source: Getty Images and Amazon.com, edited by the author.

How is the Whole Foods deal working out?

This will be Amazon's first earnings report to include a full quarter of results from Whole Foods Market.

The chain of organic grocery stores should add roughly $4.4 billion to Amazon's fourth-quarter revenues, with no firm target for the segment's operating profits. The company is working on a tighter integration between Whole Foods stores and its e-commerce operations. For example, Amazon Prime will eventually become the customer rewards program for Whole Foods shoppers, and the store chain's private-label groceries are showing up in Amazon's online food store now.

Any updates on these efforts will be welcome, including some metrics and greater clarity on how Whole Foods is moving Amazon's bottom-line needle.

The Trump administration's tax act has been wreaking havoc with bottom-line results in every sector this earnings season.

Companies with large deferred-tax balances have been recording significant adjustments on their balance sheets. Since the Whole Foods transaction alone added a net $838 million in deferred tax liabilities for Amazon in 2017, expect a positive fourth-quarter earnings item reflecting writedowns in that area.

Businesses with huge international profits must record a so-called deemed-repatriation expense here, often spread out into a multiyear cash-payment plan but the earnings effect is a one-time tax charge. Amazon collected 53% of its top-line sales overseas in the first three quarters of 2017, but the operating line showed a $2.1 billion loss for these operations. That being said, the company held $7.8 billion in foreign-currency reserves at the end of the third quarter. It's unclear how Amazon's tax accountants will work their magic here.

Finally, the corporate rate for federal income taxes was lowered from 35% to 21%. This change won't affect Amazon's 2017 results but will lower the company's tax payments in 2018 and beyond. For the record, Amazon's effective tax rate was 37% in 2016 and 39% for the first three quarters of 2017. Amazon generally doesn't give guidance regarding after-tax profits, but the company must provide some sense of how the new tax rules will affect the bottom line from now on.