When Starbucks (NASDAQ:SBUX) released the Unicorn Frappuccino last April, it seemed like everyone in the United States raced to try the limited-time offer. The same appeared true, albeit on a more drawn-out basis in the fall when the company brought back seasonal favorite Pumpkin Spice Latte (PSL).

The chain also got attention for its Zombie Frappuccino, released around Halloween, and the Christmas Tree Frappuccino, which came out for the December holiday. However, none of those drinks managed to capture the public's fancy in the way the Unicorn Frappuccino did.

The same was true over the chain's recurring seasonal drinks like its Caramel Brulee Latte and its various winter season egg nog, gingerbread, and peppermint-flavored beverages. That led to softer-than-expected sales in the U.S. during Q1 2018, a period that ended on Dec. 31, 2017. 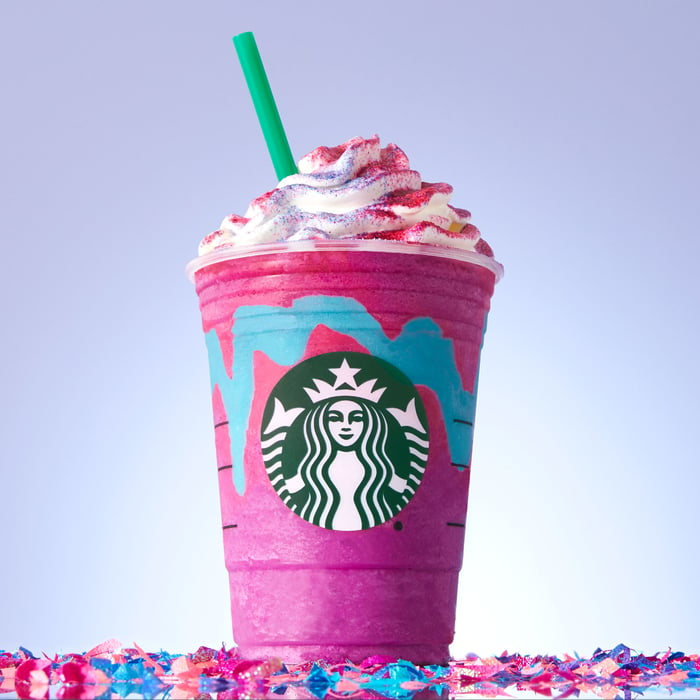 The Unicorn Frappuccino was a hit for Starbucks. Though it was available for only a short time. Image source: Starbucks.

What happened in Q1?

Overall, business in Q1 was strong. Starbucks posted 6% revenue growth and 2% comparable-store sales gains in the U.S. CEO Kevin Johnson, however, acknowledged that numbers from the U.S. did not meet expectations and he blamed that partly on the company's holiday limited-time-offers (LTOs) and holiday merchandise not resonating with customers.

"In Q1, our food comp was 2%, our core beverage comp excluding holiday limited offerings was 1%, and together, our holiday LTO and lobby items had a negative impact of over 1 point of comp," he said during the chain's Q1 earnings call.

In the second half of Q1, the chain also experienced a slowdown in visits from less-frequent customers who are not members of its rewards program. That was likely at least partly due to the chain not having a seasonal offer that was enticing enough to lure this type of customer in.

Instead of trying to find the next Unicorn Frappuccino, which may be impossible, Starbucks is focusing on improving traffic in the afternoon. Food will be part of that, but the chain's new Mercato lunch menu is only expected to expand from two to eight markets in fiscal 2018, so that won't be a major driver. Instead, Johnson sees drink innovations like the chain's recent release of Blonde Espresso as the way it will increase U.S. comp sales.

"We have a big opportunity to leverage our core beverage platforms, particularly in iced coffee, tea, cold brew, and draft beverages, all of which skew toward the afternoon," he said.

Starbucks plans to bring Nitro cold brew to 2,300 stores in the U.S. by the end of 2018, an increase from the original plan for 1,300. Johnson noted that stores with Nitro add an additional point of comparable-store sales growth.

"Nitro also provides the foundation for a broader platform of draft beverages that expand beyond coffee to include alternative milks and tea-based Nitro-infused beverages," he said.

"Our refreshment platform, including tea and Starbucks Refreshers contributed comp growth again this quarter," the CEO added. "These beverage platforms also align with our focus on the afternoon occasion."

While you can still expect Starbucks to try to find new LTO or seasonal hits, the chain's strategy seems to be more about building a stronger foundation. The drinks Johnson mentioned are, or will be, core menu offerings. That may not be as buzz-friendly as offering gimmick drinks, but it's a more sustainable long-term business plan.