Whenever a market grows for as long as U.S housing has, people start to wonder when we can expect the end of the line. Based on PulteGroup's (NYSE:PHM) most recent earnings report, the market is still chugging along just fine. However, there is something else impacting the company's results that could signal a tapping of the brakes. So let's dive into its most recent results to see what's hurting and helping the homebuilder.

This was one of those quarters where investors both bullish and bearish on this stock can point to a few line items to defend their thesis. One the bull side of the argument, the company continued to deliver on higher revenue and improved operating metrics.

For the more pessimistic, what stands out are the shrinking margins. Net income results were impacted by some one-time charges related to U.S. tax reform and some land and insurance-related adjustments, which have been a common theme for all companies recently. What's more concerning, however, is that PulteGroup's pre-tax earnings are still declining as material and labor costs climb.

This is going to be a unique challenge for homebuilders in the coming years as the mix of homes sold will likely shift toward first-time and starter homes as millennials comprise a larger portion of the homebuying market. These homes are typically smaller and lower margin as a result, but average selling prices will need to go up faster to offset the increasing input costs.

Overall, though, it was a good year as the company delivered higher earnings after adjusting for those tax changes. Also, it generated more than $600 million in free cash flow, which helped to support its ambitious share repurchase plan. 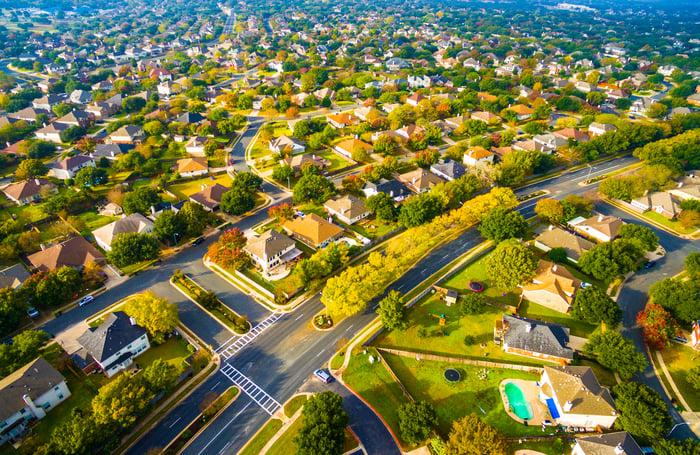 Adding a little bit more confusion to the mix, PulteGroup's management seems to be giving both good and bad news at the same time. In the press release, CEO Ryan Marshall talked about how cash flow and earnings strength is allowing management to return gobs of cash to its shareholders with share repurchases.

Ongoing gains in profitability and cash flow generation, which allowed us to reinvest in our business while repurchasing 11% of our outstanding common shares in 2017, also gave our Board the confidence to announce today a $500 million increase to our share repurchase plan. Given expectations for further expansion in the economy, along with ongoing gains in employment and buyer demand, we remain highly constructive on the industry. With our large backlog and robust land pipeline, we are well positioned to continue growing our business and building even greater value for our shareholders.

At the same time, CFO Robert O'Shaughnessy said on the conference call that operating margins might deteriorate even more in the coming year.

Looking at our margins for next year, we currently expect gross margin for each of the quarters and for the year to be in the range between 23% and 23.5%. Margins for the year reflect the impact of higher land labor and material cost, particularly lumber and concrete, partially offset by higher selling prices.

Marshall was quick to point out that a 23% gross margin is still one of the best in the business, but the seemingly conflicting messages can make it harder for investors to make conclusions about this stock. 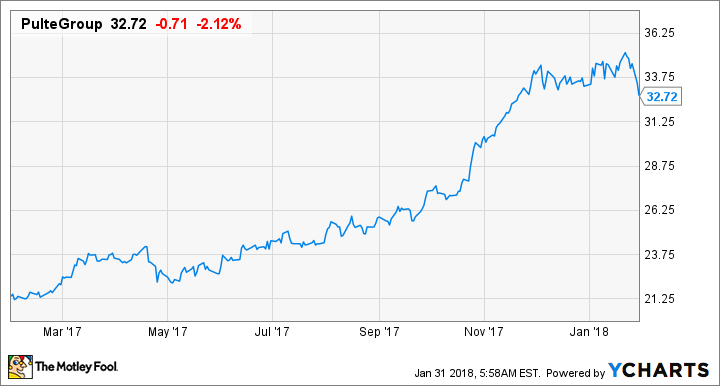 A lot of trends are still working in housing's favor right now. Millennials are a colossal homebuying demographic that will likely fuel new-home growth for several years. Also, low unemployment and growing wages mean more people are entering the homebuying market for either the first time or to upgrade. For the cherry on top, interest rates remain rather low, albeit slightly rising.

Low unemployment and higher wages, though, cut both ways for PulteGroup, as seen in its 2018 guidance for gross margins. While that shouldn't completely deter investors from looking at this stock, it's a trend worth watching throughout the year.