With earnings season now in full swing, dividend hikes are raining down on the market. Only last week we saw enhancements from a raft of large and small companies.

Among the crowd making their stockholders a little richer were Las Vegas Sands (NYSE:LVS), Kimberly-Clark (NYSE:KMB), and 3M (NYSE:MMM). Here's a little more about their respective boosts. 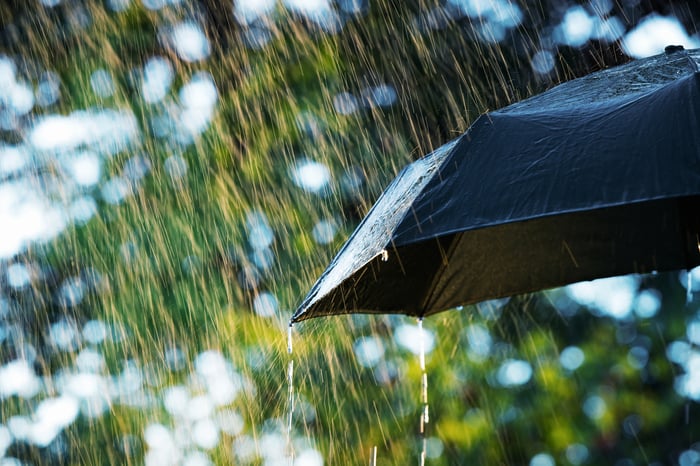 Big casino operator Las Vegas Sands is sweetening the dividend pot a tiny bit. The company declared a 3% bump in its quarterly payout to $0.75 per share.

That's a modest lift considering how Las Vegas Sands has been doing lately. There has been a meaningful recovery in business in its top region -- no, not Las Vegas; most of its revenue comes from its properties in China's Macau enclave.

This was the fuel that powered some excellent growth for the company in 2017. For the year, it managed to grow overall revenue by 13% to almost $12.9 billion. Adjusted net profit saw a much higher rise, advancing 30% to $2.4 billion.

Many analysts tracking the Macau scene expect the good times will continue, with notable growth both this year and next.

That would bode well for Las Vegas Sands' profitability and cash flow, and hence its dividend. Over the past few years the company's trailing-12-month free cash flow has generally been sufficient to cover both its shareholder payout and the occasional round of share buybacks. This dividend, then, is very safe, in my opinion. 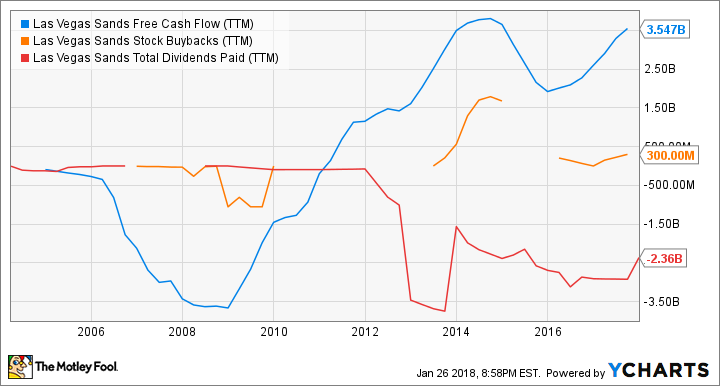 Las Vegas Sands' upcoming distribution is to be paid on March 30 to stockholders of record as of March 22. At the current stock price, it would yield just under 4%, comparing very favorably to the 1.7% average of dividend-paying stocks on the S&P 500. Its payout ratio is 85% on the most recently reported quarterly adjusted net income figure.

Kimberly Clark is not only a maintstay in the grocery aisle and the pharmacy shelf, it's also a regular dividend raiser. The consumer goods giant is a Dividend Aristocrat, and is maintaining that status with a 3% hike in its quarterly payout to an even $1 per share. 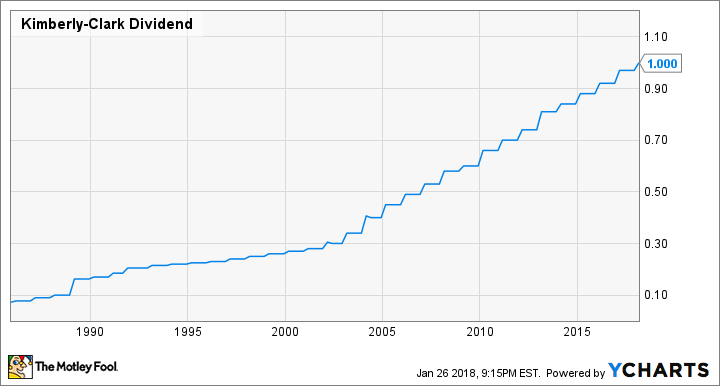 The company is probably glad to be at the dawn of 2018, because its 2017 wasn't so inspiring. Due largely to a price war in numerous categories of consumer goods, and an increase in certain input costs, net sales rose only marginally during the year (to $18.26 billion). Much of the 5% increase in net profit (to $2.28 billion), meanwhile, was due to cost-cutting measures.

If prices recover to a meaningful degree and/or efforts to boost international business bear fruit, the company could deliver encouraging growth.

In any case, Kimberly Clark will probably do what it can to keep its ever-lengthening dividend-raise streak alive. This latest hike is its 46th in a row, and at this point those regular increases are a factor attracting investors to the stock. Notably, even at the higher payout, the payout ratio is a reasonable 64%, and over the last decade free cash flow has been sufficient, for the most part, to cover both dividends and share buybacks.

Kimberly Clark will dispense its next dividend, which yields a theoretical 3.3%, on April 3 to investors of record as of March 9.

Another Dividend Aristocrat buttressing its status last week was 3M (NYSE:MMM). The sprawling industrial conglomerate is confidently raising its quarterly dividend by 16% to $1.36 per share. 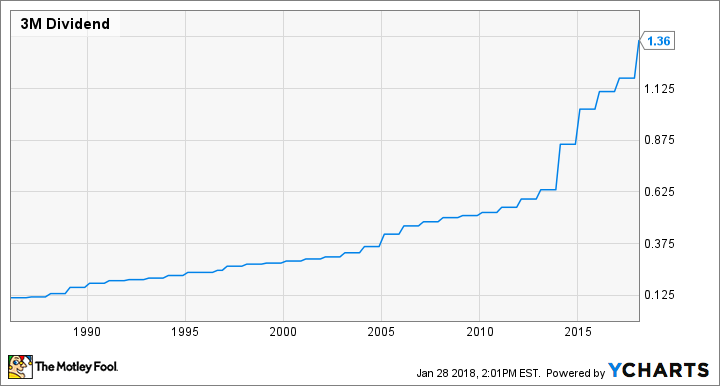 3M capped a good 2017 with a smashing Q4. Each of the company's five business divisions delivered encouraging growth during the quarter, propelling total sales nearly 10% higher to $8 billion. Net income cratered by 55%, but this was due to a charge taken for changes related to the recently passed big federal-tax reform. Adjusted for this and other factors, 3M's per-share profit actually rose, by 12% to $2.10.

Zooming out, fiscal 2017 saw the company grow its sales by 5% and its adjusted net income by 8%. Management believes the current trends will keep improving results; it recently lifted its guidance for both sales and profitability in 2018.

3M's free cash flow has been well in the black for many years. As a fairly conservatively managed company, it tends to spend within its means on the dividend and share buybacks. I can't see any reason why this would change; this, plus the good momentum in fundamentals, augurs very well for the future of the dividend.

The enhanced 3M distribution will be paid on March 12 to shareholders of record as of Feb. 16. It would yield 2.1% at the most recent closing stock price, and its payout ratio is 65%.

January is ending in a flurry of dividend raises. We're not quite out of earnings season just yet, so we can expect some more distribution hikes in the coming days.