The departure of COO Anthony Noto makes a tenuous investment case for Twitter even more uncertain.

Recently, I wrote that I would not be a buyer of Twitter (TWTR -1.26%) at these levels, especially with so many other promising digital advertising stocks to choose from. The case for Twitter got much more difficult last week, as a key executive, COO Anthony Noto, announced that he would be leaving to become CEO of embattled online lender SoFi. Here's why Noto's departure is such a blow to Twitter. 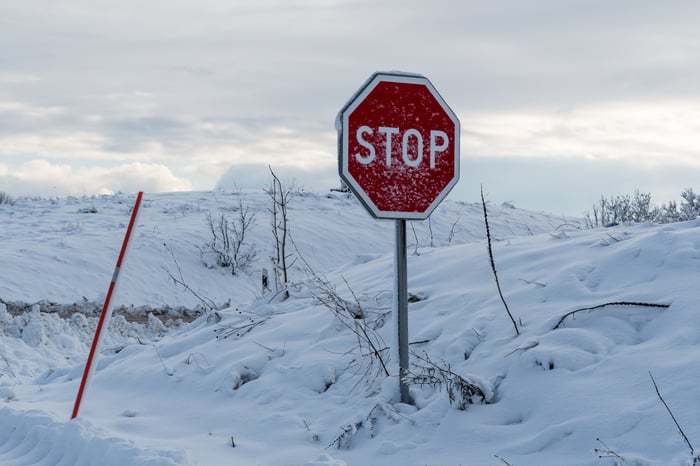 The 'heart and soul'

While Jack Dorsey is the official CEO of Twitter, he also splits his time with his other company, Square (SQ -5.53%). In addition, it is known that Dorsey focuses more on the engineering and software part of Twitter, while Noto was instrumental in the higher-level business strategy, which underwent a significant change under his watch. Given that Twitter is still in the midst of that turnaround plan, it's not a great sign that the captain is leaving.

Noto was formerly an investment banker at Goldman Sachs (GS -0.36%), where he ran the technology banking group, before becoming CFO for the NFL. After going back to Goldman, Noto became CFO of Twitter in 2014. Amid management turnover, Noto would later become COO, and was instrumental in the company's high-level strategy, especially around live video.

Twitter has rebounded over the past year, after streaming Thursday Night Football in 2016 and making further pushes into live sports and lifestyle video. Noto, especially with his NFL experience, was a key leader on that front, and Twitter's engagement and active-user metrics began to improve last year. He has been described by some as "the heart and soul" of the company.

Of course, the departure may be a case of a more exciting opportunity appearing, not because there was anything wrong at Twitter. SoFi is one of the largest private fintech companies, having achieved success by issuing student loans to elite students. Since then, the company has used its existing consumer base of well-to-do professionals to expand into personal loans, mortgages, insurance, and wealth management. As of the end of 2017, SoFi had 430,000 clients, which it calls "members," and has funded over $25 billion in loans over its lifetime.

SoFi has had its share of troubles lately. The company planned to go public in 2016 but delayed its IPO because of a rout in the fintech industry that continues to this day. In addition, the CEO role was open because SoFi's founder, Mike Cagney, resigned in September amid sexual harassment allegations.

Therefore, it seems curious that Noto would jump from one of the largest tech platforms, with 330 million active users, for a company with its own set of challenges that serves only 430,000 people.

In a press release, Noto said:

I'm grateful to the SoFi board for this extraordinary opportunity to lead one of the most important new companies at the intersection of technology and finance. ... SoFi has a significant opportunity to build on its leadership position in student and personal loans to revolutionize consumer finance and build a next-generation financial services company. I'm excited to work with Tom and the rest of the SoFi team.

It has been reported that Noto has dreamed of becoming a CEO, so maybe the opportunity to have complete authority over a relatively young company was attractive for him. Despite heading two companies, Dorsey does not appear to be leaving Twitter anytime soon.

If you are a Twitter shareholder, you can't be happy with the news. While Noto's departure is not necessarily a sign of anything amiss at Twitter, losing a key executive in the middle of a turnaround that the executive himself put into motion is tough to swallow. Still, as some analysts believe the company may finally reach GAAP profitability in this quarter, it's also possible Noto might have felt the company had regained more solid footing. We just don't know.

Still, with a part-time CEO, the No. 2 executive leaving, a digital advertising company that has yet to turn a profit, and the stock up over 40% in the past year, there is no way I'm going near Twitter until the company proves its turnaround is sustainable. In this bull market, I think there are much, much better names to choose from.