One very interesting growth market these days is digital advertising. As more and more of our time is spent on smartphones, tablets, and desktops, naturally advertising dollars will follow. Still, we are relatively early in the switch to digital. The global advertising market was around $651.7 billion in 2016, of which only $205.4 billion, or less than one-third, was in digital advertising, according to IDC.

Still, while the overall advertising market is forecast to grow 4.2% annually through 2020, digital advertising is set to grow 13.4% as it takes more and more market share. While Alphabet (NASDAQ:GOOG) (NASDAQ:GOOGL) and Facebook (NASDAQ:FB) are the titans of the industry, here are two names to buy in this growing space, and another popular name I would avoid at the moment. 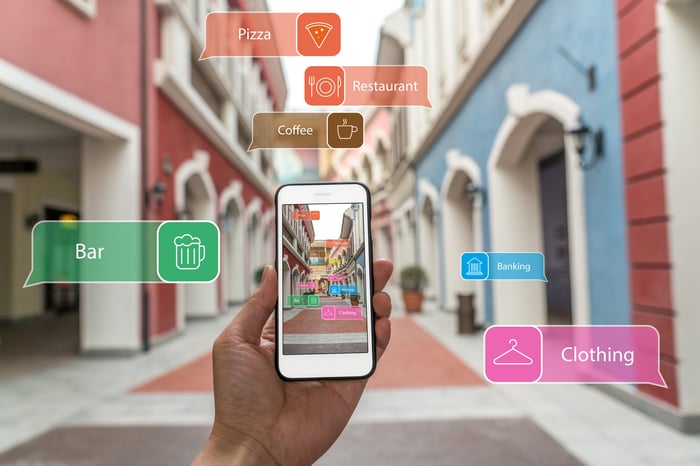 I have written a lot about Tencent (OTC:TCEHY) recently, as I came to appreciate its deep competitive advantages at the center of messaging, social media, digital media, and gaming in Chinese life. Tencent's Weixin (WeChat) app is akin to the Chinese Facebook but is also a portal for e-commerce, streaming video, making payments, and gaming. While gaming is still Tencent's largest segment, the fact that Wechat now has so much data on people's interests, spending, and social interactions gives it the vast potential to expand digital advertising revenue.

Last quarter, Tencent reported a 63% increase in its social media advertising (the company also earns revenue for its ad-supported online video in a separate segment, which grew 29%). Even with that increase, however, social media advertising revenue was only a little over $1 billion last quarter.  For perspective, Facebook made over $10 billion in revenue last quarter (and which grew 49%), but only has a little over twice the amount of users WeChat has. That means, to me, Tencent has a lot of room to grow digital ad dollars, as the two billion people in China enter the middle class.

The Trade Desk (NASDAQ:TTD) might not be on your radar just yet, as it has only been public for a little over a year and has a market capitalization of just $1.9 billion; however, the stock has more than doubled from its $18 IPO price, so clearly there is a lot of excitement.

The Trade Desk is a platform for programmatic advertising. Programmatic is, essentially, a real-time electronic auction for advertising inventory, as opposed to the negotiation-based models of the past. As the audience fragments across both television and the web, advertisers will need to be able to efficiently allocate resources across a variety of channels, websites, and devices. The Trade Desk's platform helps them do exactly that.

While the programmatic advertising industry is growing at a strong 22% rate according to Magna Global, The Trade Desk is growing at an even faster 50% rate, showing it is taking market share.

And while the stock is still up a lot since its initial public offering, it is also 30% below its previous high. While the company noted its current quarter may be impacted by lower consumer packaged goods ad spend, that's a problem with just some of The Trade Desk's 18,000 clients, not The Trade Desk itself. Given the strong trends toward programmatic advertising and the fact that The Trade Desk is actually profitable (a rarity for young tech firms), I think it's a good time for investors to give The Trade Desk a fresh look in 2018.

While some think that Twitter (NYSE:TWTR) is primed for a turnaround, I would still avoid the stock, especially after its recent run. The company is still not profitable, and its monthly active users only grew 4%. Revenue actually declined 4.2%, as the company's cost per click declined. In addition, my colleague Adam Levy recently pointed out a huge portion of Twitter users abandon the platform every year.

While the company has pointed to rising engagement and a 14% increase in daily active users (DAU), the slow growth of monthly active users ultimately puts a cap on how much the DAU figures can grow. And while the company pointed out its "adjusted" EBITDA margin was a record high, that figure doesn't count stock-based compensation which is a real cost to shareholders, and which runs about $100 million per quarter.

While some analysts are optimistic on Twitter due to recent product improvements, I'd have to see things like "growth" and "GAAP profits" before I can get behind Twitter's stock, especially after its recent run. Twitter actually trades at a higher price-to-sales ratio than The Trade Desk, despite the Trade Desk's high growth and GAAP profitability, making that choice a pretty easy decision for me.