The tweet master is riding high following its recent earnings “beat,” for all the wrong reasons.

If you follow Twitter, (TWTR 2.25%) even from afar, it was nearly impossible to miss the banner headlines following its third-quarter earnings release in late October. Revenue beat expectations, which gave its stock a boost of nearly 20% the following day.

Twitter's top-line revenue took a back seat to the news that really got bullish analysts excited: It may turn a profit this quarter! A profitable quarter, if and when it comes, would be a first for Twitter. The tweet master also shared some additional news regarding its monthly average user (MAU) growth and user engagement.

But when put into context, not only is Twitter stock woefully overvalued after gaining 55% year to date, its many fans need a serious reality check. 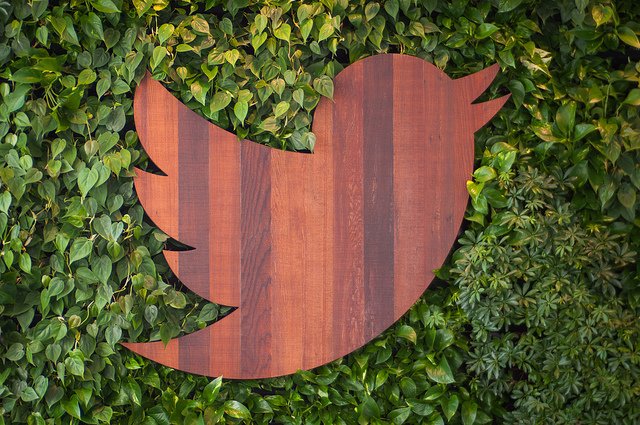 First, the (sort of) good news

As part-time CEO Jack Dorsey put it following  Twitter's earnings release, it "achieved record profitability" last quarter. The "profitability" Dorsey referred to is excluding one-time items, though it was a step in the right direction.

Adjusted quarterly net income was $0.10 a share. In 2016's third quarter, Twitter generated an adjusted $0.09 a share. Twitter topped off the good news with what bulls considered strong guidance, and added that, "at the high end of our adjusted EBITDA range, we will likely be GAAP profitable."

Twitter also shared some positive MAU and engagement metrics. After adjusting slightly downward to account for a calculation miscue, Twitter's 330 million MAUs was a 4% bump year over year, and 4 million sequentially. Twitter's daily average users (DAUs), which is good indication of engagement levels, grew 14% compared to a year ago.

On the revenue front, of Twitter's $589.6 million in quarterly sales, $86.8 million was from its data licensing unit. The licensing division's revenue was a 22% increase over 2016, and after accounting for seasonality -- the first quarter of each year is historically the weakest -- has grown steadily for several years. 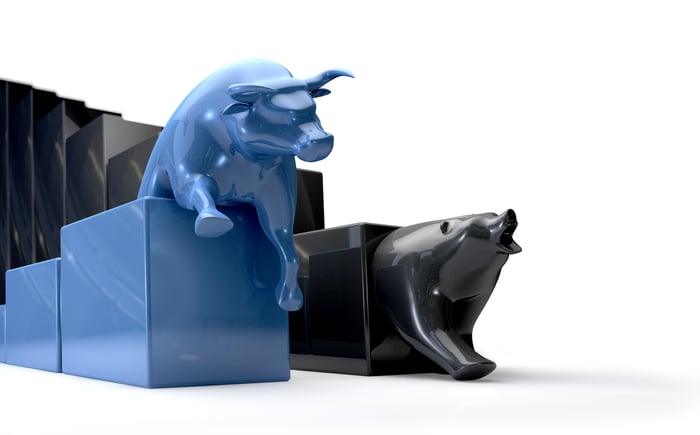 Now, for the reality check

Twitter's licensing revenue growth was a saving grace, of sorts. If not for licensing, Twitter's 4% decline in total revenue year over year would have been even worse. Incredibly, given Twitter is supposedly in a growth phase, the $502.8 million in ad revenue was an 8% drop from a year ago.

For some perspective, Facebook (META -0.76%) boasts  over 2 billion MAUs and 1.37 billion DAUs. Most impressive was that its advertising sales soared 49% last quarter to $10.14 billion. Naturally, Facebook's total ad revenue is larger, but on a percentage basis it continually reports around 50% growth each quarter despite its considerable size. Smallish Twitter, which should be in a hyper-growth phase, reports sinking ad revenue with each passing quarter.

If Twitter's ad sales were growing even close to the pace Facebook is, that would make sense because it's so much smaller, as are its comparables. But at this stage in its supposed growth, two straight years of eroding ad revenue is unacceptable. "Twitter is nearing profitability," bulls will point out. But if it does happen, is it sustainable?

A year ago, Twitter spent $694 million in overhead; in its most recent quarter, Dorsey shaved 16% in costs to $582.4 million. I'm a strong proponent of any company becoming more efficient, but it also raises a red flag. How long can Twitter slash spending as revenue declines and remain profitable, if it ever is?

Finally, as for the "good" news surrounding Twitter's MAU increase, it's actually downright anemic. In the past two years Facebook has added 461 million MAUs. Facebook's WhatsApp and Instagram properties have each added 400 million new users. During that same time, Twitter has gained all of 21 million MAUs, and that includes last quarter's meager additions. And it gets worse.

Snap has added more users than Twitter, and upstart WeChat has 313 million new users. Bulls may feel good about Twitter's 4% year-over-year user growth, but when WeChat's growth the past two years dwarf Twitter's, there's nothing to brag about.

It's time to face reality. Despite its many bulls, Twitter is dying on the vine with little to nothing in sight to change its bleak future.