Magellan Midstream Partners' (MMP -0.04%) third quarter will be remembered for the troubles Hurricane Harvey caused the company. Whatever issues it created, though, they appear to be behind it, because Magellan's fourth-quarter results showed almost no signs of being affected by the storm. What's more, management continued to restock its project backlog with several new announcements.

Here are Magellan's results, as well as a brief look at what management has in store for the rest of 2018 and beyond. 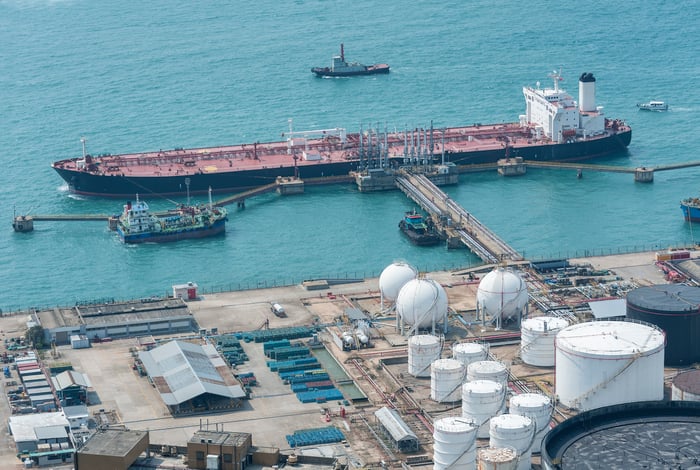 Because Magellan is structured as a master limited partnership, it didn't have any bizarre one-time charges or benefits related to the changes in the U.S. corporate tax rate. MLP's pass all of their tax obligations to their shareholders, so they have neither deferred tax assets nor liabilities on their books.

After the Harvey-related operational hiccups in Q3, the company bounced back in Q4 with record transportation volumes for its refined product and crude oil business segments, as well as a record $308 million in distributable cash flow. A combination of several new assets starting up operations and strong demand from customers fueled these results.

The one business that didn't perform at its best was marine storage. Some tanks damaged by Hurricane Harvey still need to be repaired, which led to higher expenses and lower fees for the segment. CEO Michael Mears looked back on last year, and gave a general overview of management's plans for 2018.

Magellan closed out 2017 with strong operating and financial results, delivering quarterly records for refined products transportation volumes, crude oil transportation volumes and distributable cash flow. Magellan's business fundamentals remain strong and the company is well-positioned for future growth, with solid demand for our fee-based transportation and terminals services, a disciplined investment philosophy and an investment-grade financial profile. We expect to generate record distributable cash flow again in 2018 while increasing cash distributions to our investors by 8% and maintaining a healthy 1.2 times annual distribution coverage. 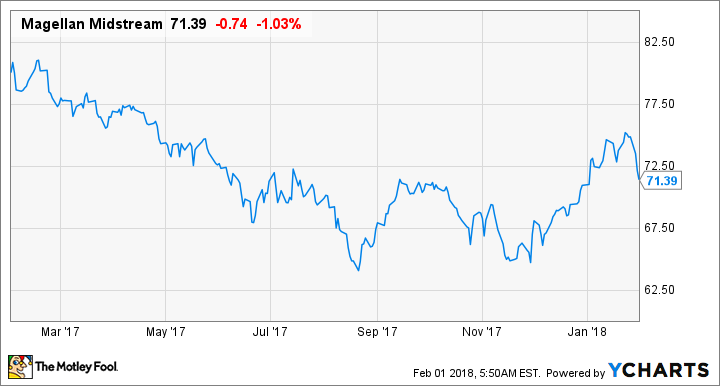 Aside from an ongoing, but marginal, effect on its marine storage terminals, Magellan has completely recovered from the hit it took from Hurricane Harvey, and is back to its slow-and-steady growth trajectory. While some investors might be a little discouraged by management's projections of 5% to 8% distributable cash flow growth out to 2020, its planned new pipelines are much larger than Magellan's past projects, and will require more retained cash to complete. If these plans come to fruition, though, the company could deliver an even more significant bump in cash flow.