Please ensure Javascript is enabled for purposes of website accessibility
Log In Help Join The Motley Fool
Free Article Join Over 1 Million Premium Members And Get More In-Depth Stock Guidance and Research
By Daniel B. Kline - Updated Feb 2, 2018 at 8:34AM

Spending is expected to average more than $140 per person.

Apparently, most Americans won't be celebrating Valentine's Day by offering their sweetheart a heart-shaped box of chocolates from the grocery store and a cheap bouquet of flowers. Instead, the 55% of Americans who say they plan to celebrate the holiday are estimated to spend, on average, $143.56, according to an annual survey by the National Retail Federation (NRF) and Prosper Insights & Analytics. That's up from last year's $136.57.

"Americans are looking forward to pampering and indulging their loved ones with flowers, candy, dinner and all of the other Valentine's Day stops," NRF CEO Matthew Shay said in a press release. "With the holidays behind them and the winter months dragging along, consumers are looking for something to celebrate this time of year." 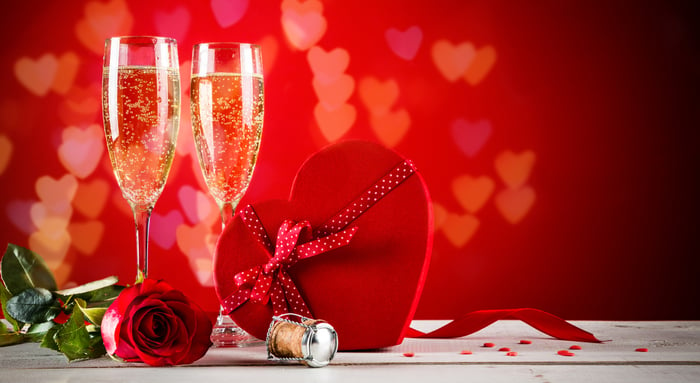 Most Valentine's Day spending is on a spouse or significant other. Image source: Getty Images.

The biggest chunk of Valentine's Day cash will be spent on jewelry. Nearly 20% of gift-givers plan to give jewelry, bringing total estimated spending for this category to $4.7 billion, according to this survey. Over one-third of those spending money on the holiday will pay for an evening out, which is expected to total $3.7 billion.

In addition, gifts of experience, including tickets to a concert or sporting event remain popular. That category may lead to some holiday disappointment as 42% of those surveyed hope to get an experience-based gift, but only 24% plan to give one.

"Valentine's Day has become a holiday consumers take advantage of not only to spoil their loved ones but themselves," Prosper Executive Vice President of Strategy Phil Rist said. "Shoppers should look out for deals on everything from candy to date-night dinner packages in the coming days, leaving plenty of options for those looking to make the occasion truly special."

Who is the money being spent on?

And, while some people won't be celebrating the holiday, 27% of those folks do plan an alternative activity "such as treating themselves in some way or getting together with family and friends."

While Valentine's Day creates pressure to spend money on gifts, dinner, flowers, and more, that does not justify breaking your budget. Spend within your means and remember that a home-cooked meal made with love or other creative gifts can send the same message as expensive presents or a dinner out that you can't afford.