Expectations are high heading into the game maker's next earnings report.

Video game maker Take-Two Interactive (TTWO 2.75%) will report financial results for its fiscal third quarter on Feb. 7 after the markets close. Grand Theft Auto V is expected to have been a big driver for the quarter, as players continue to find an endless number of things to enjoy in the game's online feature. This was a key reason for Take-Two's digital revenue growth of 31% last quarter, and investors will be looking for more of that stellar performance for the holiday quarter.

Management is calling for net bookings -- a non-GAAP number for net revenue -- to decline from the year-ago quarter's $719 million to a range of $610 million to $660 million. The expected decline is due to a tough year-over-year comparison as Take-Two had two additional releases last year -- Mafia III and Civilization VI -- that it won't have this year. 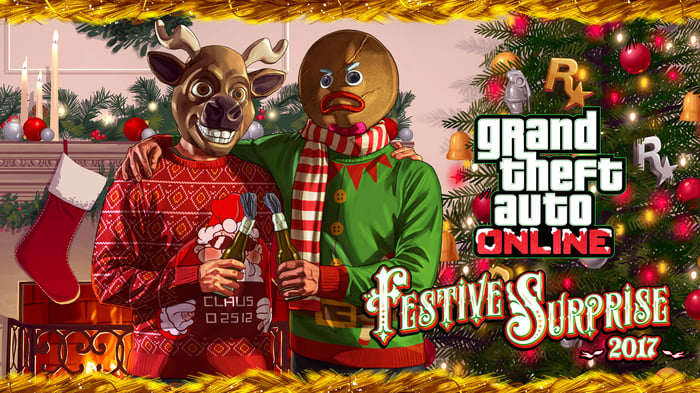 Operating expense will be higher because of the inclusion of Social Point (acquired earlier in 2017), which will put downward pressure on earnings. As a result, management expects to report a GAAP net loss of $0.25 to $0.35 in earnings per share.

However, investors will likely focus more on whether Take-Two meets or beats analysts' estimates, which are non-GAAP. Wall Street analysts expect the game maker to report non-GAAP earnings per share slightly down from $0.99 in last year's third quarter to $0.98 per share this year.

Important games that will drive results

Grand Theft Auto V (GTA V) has sold-in more than 85 million units, making it the all-time best-selling video game. The game's online component is the real draw for gamers, which serves as an open-world sandbox where players can meet online and complete in-game missions together. Because of this feature, GTA V remains one of the top 10 most-watched titles on Twitch.

As GTA V remains popular with current gamers, the installed console base continues to grow, which just provides impetus for further sales. There's no telling when this game will hit a ceiling, especially because Take-Two continues to push out new content for GTA fans to enjoy.

The other big franchise to watch is NBA 2K, for which the latest 2018 version released in September. Management believes NBA 2K18 will be the most successful sports title in company history, based on both unit sales and in-game spending. Since its release, NBA 2K18's total users and daily average users are up 30% over last year's version, which drove in-game revenue growth of 57% for this title alone in the previous quarter.

Recently, gamers have been criticizing video game companies' push into microtransactions for add-on content. These sales are what drive in-game spending, which made up 42% of Take-Two's total net bookings in fiscal Q2. NBA 2K18 was one game that drew some negative reactions from the gaming community, but even so, the game was performing well in the first month after release.

Still, investors should keep this criticism in mind going into Take-Two's quarterly release. Game companies' use of microtransactions seems to be getting more attention after Electronic Art's Star Wars: Battlefront 2 debacle.

While digital downloads make up more than 90% of sales for PC titles, Take-Two reported last quarter that full game downloads comprised only 35% of total sales for non-PC titles, which means Take-Two still has a big opportunity to juice its gross margin over time.

Other growth opportunities to watch

Looking ahead to fiscal 2019, Take-Two is set up to have a huge year. As Grand Theft Auto and NBA 2K continue to turn in solid results, Take-Two is scheduled to add the highly anticipated Red Dead Redemption 2 to its lineup in the coming months.

Take-Two is also about to commence its first professional esports league based on its NBA 2K franchise. In addition, Social Point gives the game maker a growth platform to begin filling out its mobile game roster. Listen for management's comments on these growth drivers on the conference call.

Overall, investors will be looking to see healthy levels of player engagement, as that is what drives in-game spending, which grew 84% year over year in fiscal Q2.