Please ensure Javascript is enabled for purposes of website accessibility
Log In Help Join The Motley Fool
Free Article Join Over 1 Million Premium Members And Get More In-Depth Stock Guidance and Research
By Keith Speights - Feb 4, 2018 at 8:07AM

It's been a familiar story for Gilead Sciences (GILD -0.99%) every time quarterly results roll around. The biotech reports solid growth for its HIV franchise. Its cash stockpile continues to get bigger and bigger. But slumping hepatitis C virus (HCV) sales pull down overall revenue and earnings. 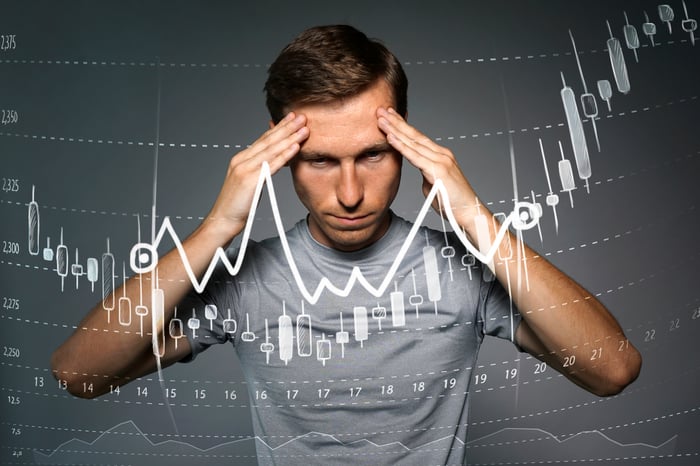 Will HCV sales stabilize? That's the biggest question looming over Gilead as its fourth-quarter earnings announcement approaches. In November, Gilead CEO John Milligan said he thought the launch of AbbVie's (ABBV -0.42%) pan-genotypic HCV drug Mavyret set the stage "for smoothness in HCV sales for the future." Milligan even predicted that 2018 could be the "beginning of a growth phase" for Gilead.

There definitely are reasons to doubt whether the scenario Milligan envisioned materialized in the fourth quarter, though. He acknowledged that the new competition from Mavyret could hurt Gilead in the fourth quarter and into 2018. AbbVie set a list price for Mavyret well below the list price of Gilead's Epclusa. While Gilead's discounts and rebates bring the two drugs roughly in line with respect to pricing, the emergence of a formidable rival is more likely to hurt over the short run than it is to help.

Still, there is at least one sign that the fourth quarter won't be terribly bad for Gilead's HCV franchise. AbbVie reported fourth-quarter results on Jan. 26. The company's two HCV drugs, Mavyret and Viekira, combined for sales of $510 million, $214 million of which were made in the United States. That U.S. result is lower than expected, which could bode well for Gilead's HCV performance in the fourth quarter.

However, the most significant factor causing Gilead's HCV sales to drop hasn't been competition -- it's been lower patient starts. Although Gilead reported better-than-expected patient starts in the second quarter of 2017, the trend line has continued to point downward. I doubt the situation will change dramatically in the fourth quarter, which would mean another update with declining HCV sales.

While HCV won't be a bright spot, Gilead will almost certainly have good news to report with its HIV franchise. Genvoya should keep rocking along. The HIV drug raked in $988 million in the third quarter, more than doubling the prior-year period's sales level. Genvoya should finish 2017 with well over $3.6 billion in sales for the year and probably more than $1 billion in the fourth quarter.

There should also be plenty to like with Gilead's other TAF-based drugs, Descovey and Odefsey. Although these two drugs aren't superstars like Genvoya, they combined for sales of $612 million in the third quarter. That reflected year-over-year growth of 217%. Continued strong international adoption of these drugs should bring Gilead more good news in the fourth quarter.

Gilead's cash position grew throughout 2017. But could the Kite Pharma acquisition make a dent in the biotech's cash stockpile in the fourth quarter? Probably not by much. Let's do the math.

At the end of the third quarter, Gilead had $41.4 billion of cash, cash equivalents, and marketable securities. The company closed the $11.2 billion Kite acquisition in early October. But Gilead financed the deal with $3 billion in senior unsecured notes and a $6 billion term loan facility credit agreement. That means the biotech used only roughly $2 billion from its cash stockpile on the Kite acquisition.

If Gilead generates close to $2 billion in operating cash flow during the fourth quarter, which seems attainable, its cash position shouldn't change too much in the fourth quarter even after buying Kite. And that means the big biotech will still have ample financial flexibility to make further acquisitions.

If the consensus estimates are close to accurate, it would mean that Gilead yet again will report a year-over-year decline in revenue and earnings. And it's possible that the results could be worse. In its third-quarter update, Gilead projected full-year 2017 net product sales between $24.5 billion and $25.5 billion. The midpoint of that range translates to fourth-quarter revenue of around $5 billion -- close to the pessimistic analyst projection.

The best bet is that it will be the same old story for Gilead when it announces fourth-quarter results. But with potential approval on the way soon for bictegravir/F/TAF, which could be the most powerful HIV drug ever, along with a promising pipeline and a new leadership role in cell therapy, the plot could get better for Gilead in the future.