Please ensure Javascript is enabled for purposes of website accessibility
Log In Help Join The Motley Fool
Free Article Join Over 1 Million Premium Members And Get More In-Depth Stock Guidance and Research
By Jamal Carnette, CFA - Feb 5, 2018 at 11:45AM

Walmart now sees itself as a direct competitor to Amazon. Look for e-commerce in Asia to heat up.

In the United States, Amazon.com (AMZN -5.14%) can often seem invincible. According to analytics provider One Click Retail, Amazon commands roughly 44% of all U.S. e-commerce sales. Even in the more competitive online grocery market, Amazon's 18% market share was more than double that of the next largest competitor, Walmart Stores (WMT -1.41%).

Outside the country, however, it seems Amazon is increasingly facing competition from Walmart. First, the company has moved to beat Amazon in China, and now it has its eyes on battling Amazon both in Japan and in a product line that hits close to Amazon's home. 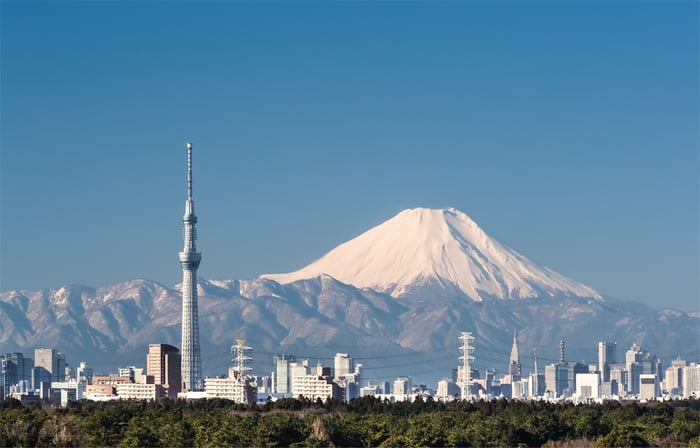 China has always been a tough nut for Amazon to crack. Analytics firm Euromonitor found the company had a 1.3% market share among Chinese online retailers in 2016. In addition to the presence of "China's Amazon" Alibaba, Amazon had to contend with a communist government that often prefers domestic companies over foreign competitors.

In 2015, the Chinese government announced Made in China 2025 (MIC 2025), an ambitious 10-year plan to transition the country into an information technology and commerce leader. The U.S. Chamber of Commerce report notes "MIC 2025 raises significant concerns not only for China's domestic economy but its economic partners. MIC 2025 aims to leverage the power of the state to alter competitive dynamics in global markets in industries core to economic competitiveness."

Walmart took an acutely different path to increase digital commerce in China. The megaretailer partnered with domestic e-commerce providers to ingratiate itself to the government and people. Walmart first purchased online grocery business Yihaodian, then exchanged shares of the company for a 5% stake in JD.com, forming a strategic partnership in exchange for online access and supply chain expertise.

Walmart appears to be following a similar modus operandi in another major Asian country, Japan, by partnering with local e-commerce provider Rakuten. While Amazon has notably more success in Japan than in China, it still underperforms the local competitor. Last year, NTTCom research found Japanese shoppers visited Rakuten more frequently than Amazon Japan and spend more money on the site.

At a January press event in Tokyo, Walmart CEO Doug McMillion and e-commerce executive Mark Lore hailed the new strategic alliance with the Japanese e-commerce site. In the beginning, the Walmart/Rakuten alliance will have two major initiatives: The first is that Walmart's Japanese subsidiary Seiyu GK will partner with Rakuten to launch a grocery delivery service in Japan with the expected opening date of late 2018. Meanwhile, the second may be Walmart's most aggressive move to encroach on Amazon's turf. Last year, Amazon took a major step to disrupt Walmart's grocery business by buying Whole Foods; it seems turnabout is fair play. Now Walmart will become the exclusive mass retail partner for Rakuten's Kobo Canadian subsidiary, a line of tablet e-readers, and e-books is a direct shot at Amazon's Kindle line.

Look for both companies to continue to battle in Asia to establish e-commerce dominance. In addition to large populations, many Asian countries are in the nascent phases of establishing e-commerce with growing middle classes and first-mover advantage should allow these companies to grab significant market share. Walmart is interesting here: No longer does the company think of itself as a traditional retailer, but is increasingly mimicking Amazon in both growing its e-commerce business and its forays into new business opportunities.