Take-Two (TTWO -3.82%) stock gained 15% last month, according to data provided by S&P Global Market Intelligence. That marked a solid outperformance over the 6% gain in the broader market. 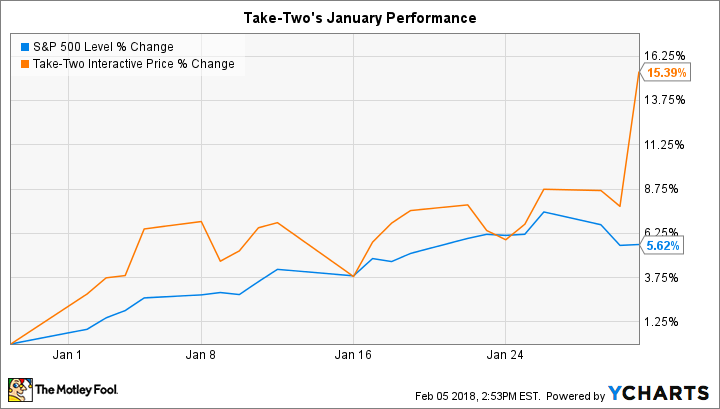 The bounce contributed to a strong rally for Take-Two investors, who have seen their stock more than double since early 2017. 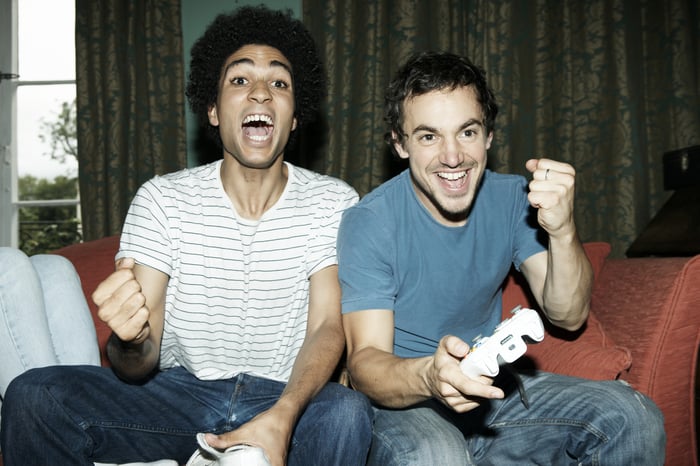 That launch missed expectations, but EA noted that gamers continued to spend enthusiastically on high-margin digital content across its other titles, including subscription products within franchises like FIFA and The Sims. That gaming trend bodes well for Take-Two's Grand Theft Auto franchise and its sports titles, including NBA 2K18.

Shareholders will get detailed information on Take-Two's holiday quarter when the developer releases its official results after the market closes on Feb. 7. In a disappointing twist, the company recently delayed the release of its highly anticipated Red Dead Redemption 2 title. However, executives said that they still plan to hit their financial targets for the full year, which suggests Take-Two, like EA, is seeing healthy demand across its gaming portfolio today.