The Mac maker is preparing to repatriate a ton of cash.

For years, Apple (AAPL -2.98%) has been a huge participant in the market for corporate debt. As the iPhone maker's foreign cash reserves have continued to grow to epic proportions, that cash has to go somewhere. At the end of last quarter, total cash was a whopping $285.1 billion, of which $269 billion was held by foreign subsidiaries.

Also included in the total figure is nearly $157 billion in corporate bonds. Most of those bonds ($129 billion) are considered long term, maturing at least a year from now, with just $27 billion being classified as short term. However, with the company now planning on repatriating a substantial portion of its foreign reserves -- CFO Luca Maestri will share more specific details next quarter -- Apple has already ramped down its bond investing activities. 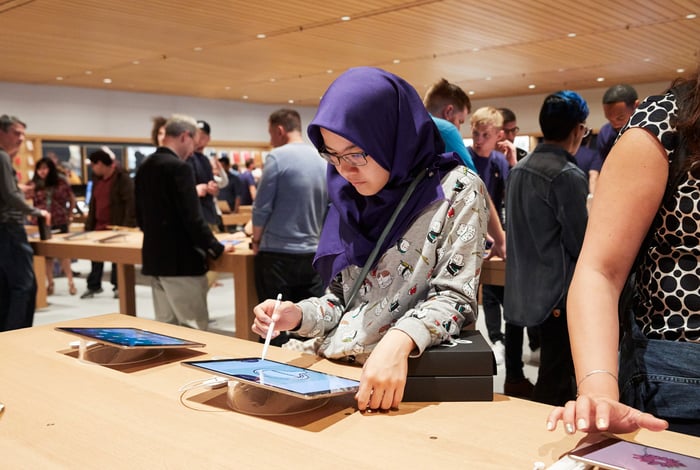 Pulling back on bond investing

Bloomberg reports that along with other tech giants that are preparing to repatriate cash, Apple has stopped participating in many bond offerings, citing anonymous sources. There are broader implications for the corporate bond market as Apple starts to ramp down its bond investing, seeing as how it's such a huge buyer of paper that it makes it a significant lender to other companies.

Overall borrowing costs could start to rise. The oversubscription rate has also fallen so far this year as a result, with tech companies reportedly only buying a sixth of what they normally purchase, according to the report.

Apple's corporate bond holdings (measured at fair value) have soared by nearly 60% over the past three years. 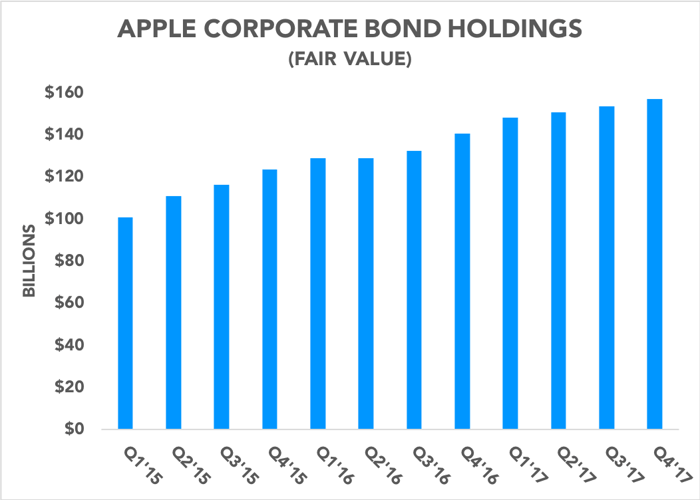 These holdings aren't likely to increase much going forward, if at all.

On last week's earnings call, Maestri also noted that the company plans on bringing its net cash position down to zero in the years ahead. Apple currently has net cash of $163 billion, which is a substantial sum to disburse. "As you said, $163 billion is a large amount, and there are even practical considerations around it," Maestri added when answering an analyst question.

When you consider the aforementioned composition of bond maturities within Apple's bond portfolio, you can appreciate the logistical challenges that Apple will be facing. Waiting for all those bonds to mature could take quite some time, as its long-term bonds typically mature in one to five years. The company could always sell those bonds in the secondary market, but Apple wouldn't want to sell off a massive amount of bonds because that activity would have notable market impact and hurt bond prices.

"The Company may sell certain of its marketable securities prior to their stated maturities for strategic reasons including, but not limited to, anticipation of credit deterioration and duration management," Apple wrote in its most recent 10-Q. Keep in mind that duration is not the same as maturity. Bond duration measures the sensitivity of bond prices in response to interest rate changes.

Coordinating the liquidation and repatriation of that much cash will be no easy task.