Please ensure Javascript is enabled for purposes of website accessibility
Log In Help Join The Motley Fool
Free Article Join Over 1 Million Premium Members And Get More In-Depth Stock Guidance and Research
By Rich Duprey - Feb 6, 2018 at 7:12AM

A deal looks doubtful because Caesars debt holders want an immediate payback for their losses.

The convoluted bankruptcy case of Caesars Entertainment Operating Corp. (CEOC) could take one final turn if MGM Growth Properties (MGP) gets its way and acquires VICI Properties, the real estate investment trust (REIT) that was created in the wake of the court proceedings.

MGM Growth Properties has offered to buy VICI for $19.50 a share, but the REIT, which owns the various properties of Caesars Entertainment (CZR), has apparently rebuffed the overture, so MGM has gone public with the offer in an attempt to force management's hand ahead of a planned IPO. 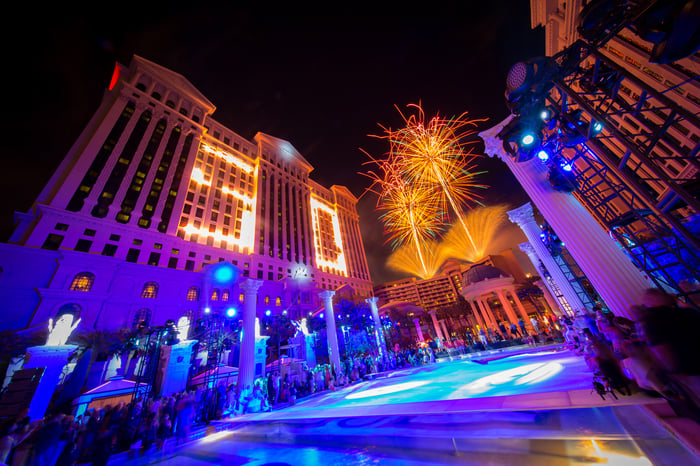 VICI Properties was created in the wake of CEOC's $18 billion bankruptcy, which saw Caesars Entertainment restructure the operating company into two units, one to manage its gaming operations and the other a REIT to own the land the casinos sit on. VICI is largely controlled by creditors that are still owed billions of dollars. Caesars itself merged with another subsidiary, Caesars Acquisition Co.

If VICI merged with MGM Growth Properties, which is the REIT that owns the casinos of MGM Resorts (MGM -2.89%), it would create one of the largest triple net lease REITs. A triple net lease is an arrangement in which properties are sold to the REIT, but the tenants (in this case, the casino operators) are responsible for paying all real estate taxes, building insurance, and maintenance costs on the properties.

If the two REITs merged, the combined company would own 32 casinos and four racetracks. MGM Growth Properties owns 12 of MGM Resorts' casinos, including Mandalay Bay, the Mirage, and the Luxor in Las Vegas, as well as the Borgata in Atlantic City. VICI owns Harrah's and Caesars Palace in Vegas, Caesars in Atlantic City, and various Horseshoe and Harrah's properties in a number of regional markets.

Investors typically like REITs because of their unique tax advantages that require the entities to distribute at least 90% of their income to their shareholders.

Although it would be an uncommon situation for MGM Growth Properties to own properties belonging to Caesars, it's not unheard of. Penn National Gaming (PENN 1.26%) is acquiring rival regional casino operator Pinnacle Entertainment (NASDAQ: PNK) in a $2.8 billion deal, but they were already closely related because Gaming & Leisure Properties (GLPI -0.79%), the REIT Penn created to hold its property, also owned Pinnacle's assets. 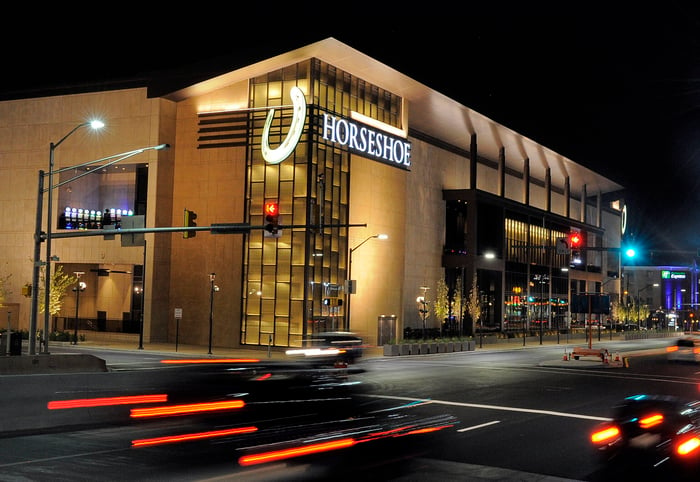 Although the MGM REIT offered to use its stock to complete the acquisition of VICI, it said it would consider paying a portion of the purchase price in cash. If consummated, VICI shareholders would own 43% of the merged company, assuming it was an all-stock deal, but as MGM noted in its release about the proffer, "VICI has elected not to engage in meaningful discussions."

That could be because of the bankruptcy proceedings that created VICI in the first place. Of the $18 billion worth of debt CEOC had, some $10 billion was wiped out by the restructuring. Agreeing to the REIT buyout would mean the creditor owners would have to wait a long time to be made whole. An IPO would be a much faster route to recoup the losses, assuming it's successful.

However, that is one of the reasons MGM Growth Properties said the merger would be a better option. The letter to VICI's chairman and CEO said the proposed transaction "represents a meaningful premium to the potential value your current shareholders would receive in the event of an IPO, especially after considering the fees, discounts, dilution, risks, and uncertainties associated with such an offering."

Nevertheless, VICI Properties announced the terms for its IPO last month, with it planning to raise $1 billion by offering 50 million shares at a price between $19 and $21 a share. Renaissance Capital says that at the midpoint of the proposed offer range, the REIT would have a fully diluted market value of $7 billion. The stock would trade on the NYSE under the ticker VICI.

Considering VICI Properties has ignored MGM Growth Properties overtures, it looks as if the enduring saga of Caesars Entertainment and its torturous reorganization will live on, perhaps as a publicly traded company. That doesn't mean investors should jump on the IPO, since its owners would be looking for ways to recoup their losses, which may not necessarily align with outside investors.

Why This Casino REIT Thinks It's Best in Class