Please ensure Javascript is enabled for purposes of website accessibility
Log In Help Join The Motley Fool
Free Article Join Over 1 Million Premium Members And Get More In-Depth Stock Guidance and Research
By Dan Caplinger - Feb 6, 2018 at 9:36AM

Find out how the bearings specialist got back on track.

The aerospace industry has played a huge role in the strength of the industrial sector in recent years, and a host of companies rely on strong demand for aircraft in order to be successful. RBC Bearings (ROLL -1.84%) makes precision bearings and components that aerospace, defense, and industrial customers use in their products, and after a long period of sluggishness from its customer base, RBC has hoped that stronger conditions in its target industries would result in better growth in its own business.

Coming into Tuesday's fiscal third-quarter financial report, shareholders wanted to see solid gains in the component maker's primary benchmarks. RBC managed to do even better than most had expected, cashing in on solid prospects for future growth. Let's look more closely at RBC Bearings and what its latest results say about its future. 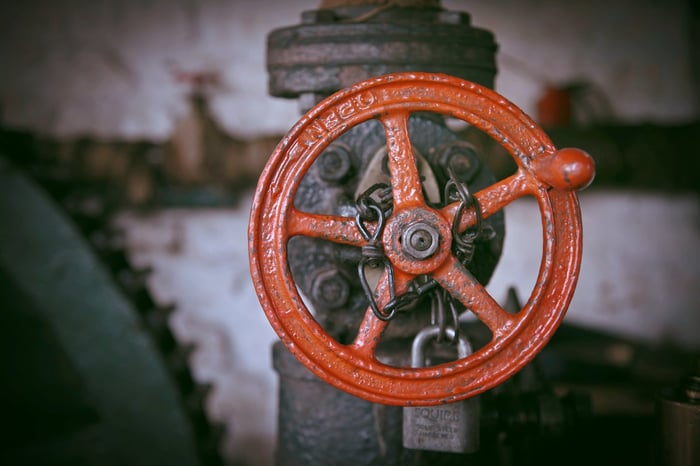 RBC Bearings gets its momentum back

RBC Bearings' fiscal third-quarter results represented a strong comeback from a poor performance last quarter. Revenue jumped 14% to $166.9 million, easily exceeding the roughly 11% growth rate that most investors were looking to see from the bearings specialist. Adjusted net income jumped by nearly half to $25.7 million, and that produced adjusted earnings of $1.05 per share. That was quite a bit higher than the $0.87-per-share consensus forecast among those following the stock.

Unlike many industrial companies, RBC didn't see much immediate impact from tax reform. The company got an $8.7 million benefit from revaluing deferred tax liabilities, but it had to take a $9.5 million charge for deemed repatriation tax liability. The net hit of $800,000 was inconsequential.

A look at RBC's key segments showed that even though the industrial side of the business continued to perform extremely well, the aerospace segment had a good bounce in activity. Industrial market sales matched last quarter's increase of 23%, which dramatically exceeded the 9% rise in sales to the aerospace market. Coming off last quarter's 1% decline in year-over-year aerospace sales, however, RBC looked to be on the right track. At a more granular level, growth in RBC's four primary product groups was well balanced, with roller bearings once again leading the way with 24% growth. Ball bearings also topped the 20% mark, while engineered products had impressive 17% growth. The plain bearings segment brought up the rear, but even it had a solid 6% rise in revenue.

Can RBC Bearings keep moving ahead?

CEO Michael Hartnett was especially pleased with how things went for RBC. "Our third quarter results demonstrated strong year-over-year and sequential improvements in each of our key performance metrics," Hartnett said, "during what is traditionally our slowest seasonal fiscal quarter." He noted that growth in the aerospace and industrial sectors combined well with cost-cutting initiatives.

RBC expressed confidence in its future prospects. Hartnett argued that its recent performance has been instrumental in "positioning the Company well as we enter the fourth quarter." Guidance for the fiscal fourth quarter, however, didn't quite live up to everything that investors had wanted to see. RBC sees revenue for the quarter of between $172 million to $175 million. That would represent growth of 7% to 9%, but the consensus forecast wanted to see something closer to an 11% growth rate in the coming quarter.

RBC Bearings shareholders seemed to like the results, with the stock climbing almost 1% at the open following the morning announcement despite an extremely weak overall stock market environment. As long as aerospace and related industrial customers are in a good position to rev up their own businesses, RBC will need to take advantage of favorable conditions to grow as much as it can.