Shares of fiber-optic networking systems builder Infinera (INFN 0.00%) rose as much as 11.5% higher on Tuesday, A few minutes before the closing bell, Infinera held on to a 10.6% gain. The surge was driven by strong earnings reports from two makers of optical networking components, possibly paving the way toward a solid report from Infinera itself later this week.

Lumentum (LITE -2.27%) crushed Wall Street's second-quarter estimates as revenue rose 53% year over year while bottom-line earnings more than doubled. Oclaro (OCLR) also left analyst estimates in the dust, even if the results came in below the year-ago period's numbers. Oclaro shares roared as much as 23% higher on the news, while Lumentum's gains topped out at 23%. 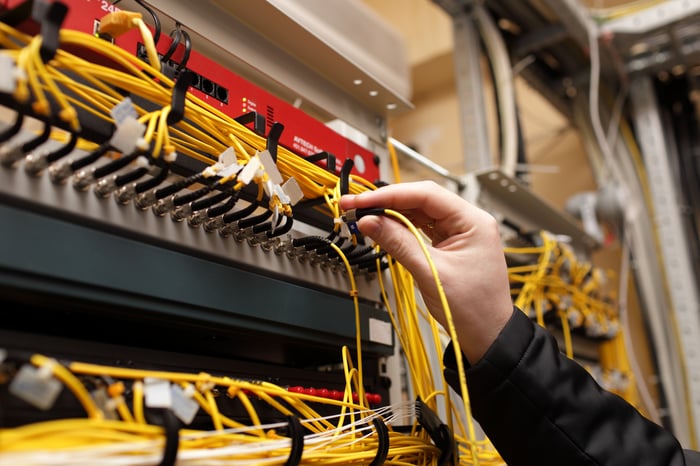 Importantly, both companies cited improving sales in China as a reason for their strong results. Chinese order slowdowns have been holding the entire fiber-optic sector back since last summer, and Infinera could certainly use some fresh business from the Middle Kingdom right now.

Lumentum is a confirmed supplier of components for Infinera's fiber-optic network switches. Oclaro hasn't explicitly stated that Infinera is on its customer list, but that company's client list generally includes the same names as Lumentum's. So if both Oclaro and Lumentum are doing well, it's fair to assume that companies further up the Chinese networking pipeline -- like Infinera -- are getting a taste of the same good news right now.

We'll know for certain tomorrow night, when Infinera's own report hits the news wires. Until then, Infinera investors should absolutely adjust their expectations upward. So even if Infinera didn't have any actual news of its own today, the share-price move still makes perfect sense.