Please ensure Javascript is enabled for purposes of website accessibility
Log In Help Join The Motley Fool
Free Article Join Over 1 Million Premium Members And Get More In-Depth Stock Guidance and Research
By Keith Speights - Feb 7, 2018 at 6:31AM

The opportunities for this DNA test maker are tremendous. But there are challenges, also.

There haven't been too many stocks hotter than Exact Sciences (EXAS -2.93%) over the past couple of years. The molecular diagnostics company enjoyed a fantastic 2017. Since 2016, Exact Sciences' share price has soared more than 420%.

However, 2018 hasn't started off so great for the stock. Is Exact Sciences a flash in the pan, or could it potentially be a millionaire-maker stock? Here are the opportunities and challenges that the company faces that should determine the answer to the question. 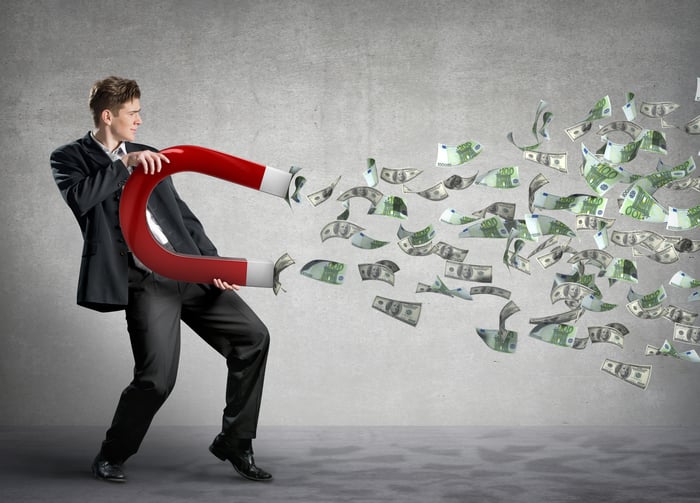 Exact Sciences' immediate opportunity is tremendous. The company's Cologuard is the first and only FDA-approved DNA screening test for colorectal cancer. How big is the potential market in colorectal cancer screening? Exact Sciences believes that the total addressable market size is greater than $14 billion annually.

I don't think the company will realistically achieve that level of success, though. Exact Sciences' calculation assumes that all 85 million or so Americans between the ages of 50 and 85 who have an average risk for colorectal cancer with no symptoms of the disease use Cologuard for screening. Many of these individuals will opt for colonoscopies instead. Others will, unfortunately, go without screening altogether.

Still, Cologuard currently only claims 2.5% of the addressable market. Exact Sciences doesn't have to attract every eligible person to have a sizable runway for growth. There's good reason to think the company will be able to continue to grow rapidly. Nearly 40% of Americans who should be screened for colorectal cancer aren't. For many of them, the inconvenience of undergoing a colonoscopy prevents them from being screened. Cologuard presents a great alternative.

With 87% of Americans now covered by plans that pay for Cologuard, Exact Sciences doesn't have to worry much about reimbursement for the test. Cologuard also has benefited from decisions by the U.S. Preventive Services Task Force (USPTF), the Blue Cross Blue Shield Association (BCBSA), and the Centers for Medicare and Medicaid Services (CMS) that are helping make it a standard of care for colorectal cancer detection.

Over the longer term, Exact Sciences' opportunity extends well beyond colorectal cancer. The company partnered with the prestigious Mayo Clinic to develop liquid biopsies for early detection of multiple types of cancer. Analysts estimate that the liquid biopsy market could grow to more than $13 billion annually by 2030.

Exact Sciences thinks that its approach, which, like Cologuard, uses DNA methylation biomarkers to detect cancer, offers several benefits. Among the advantages the company hopes to provide are lower costs and quicker turnaround times than other liquid biopsy approaches. 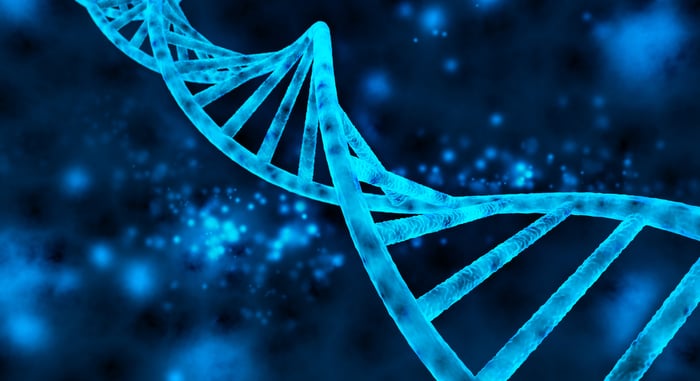 There are three major challenges that I see for Exact Sciences. One that has already reared its head is the issue of meeting elevated expectations. We saw an example of this in January. Exact Sciences tumbled after the company provided a sneak peek of its fourth-quarter and full-year 2017 results.

Were the preliminary results bad? Not at all. Exact Sciences said that Q4 revenue would be close to 150% higher than in the prior-year period, with full-year 2017 revenue up 168% at the midpoint of its expected range. The problem was that investors set expectations so lofty that even great numbers from the company don't measure up.

Another potential challenge is that Cologuard doesn't capture the market share needed to drive sustained growth. Some physicians could push patients to have colonoscopies instead of using the DNA test. One advantage to a colonoscopy is that if small polyps are found, they often can be removed during the colonoscopy.

Perhaps the most serious challenge for Exact Sciences, though, is that a rival develops a liquid biopsy that renders Cologuard obsolete. GRAIL, a company originally founded by Illumina (ILMN -1.11%), is using next-generation sequencing of DNA to develop an early screening test for multiple types of cancer. With several high-profile investors, GRAIL could have more funds to pour into research than Exact Sciences will.

I don't think that Exact Sciences will be a flash in the pan. Cologuard is a viable alternative for detection of colorectal cancer -- and the need for early screening is important. But will the stock be a millionaire-maker? It's possible.

The opportunities are certainly there for Exact Sciences to keep growing revenue rapidly and become profitable. If the company is successful in its efforts to develop a relatively inexpensive liquid biopsy, the stock could easily be worth many times its current price.

Of course, to actually make $1 million from Exact Sciences will likely require a much greater initial investment than most people can afford. Rather than look at Exact Sciences -- or any other stock, for that matter -- as a millionaire-maker, the better approach is to view it as part of a comprehensive investment portfolio that will accumulate significant wealth through the years. The safest way to get rich is to spread the risk and make money over time.